Congressman Arrested For Refusing To Leave ICE Office In Chicago 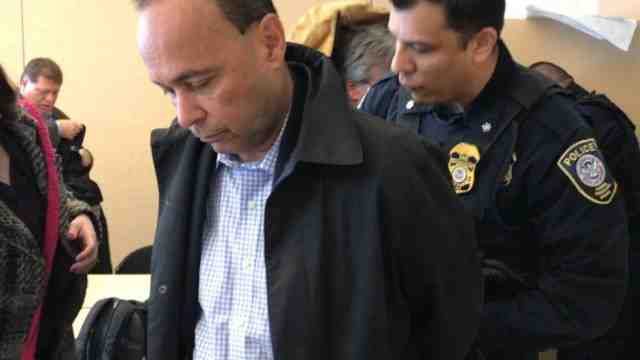 Illinois Democrat Rep. Luis Gutierrez and seven others were handcuffed by police Monday after refusing to leave an Immigrations and Customs Enforcement (ICE) office in Chicago protesting immigration.

Gutierrez, an advocate for immigration reform, was at a meeting between ICE officials and immigration lawyers, activists, community leaders and other elected officials, NBC Chicago reported.

“They were asking about specific cases and about the general conduct of ICE and deportations,” Gutierrez’s director of communications, Doug Rivlin said.

“The congressman has decided that he did not get the answers he was looking for from the ICE regional director and he’s going to be staying inside until he gets answers, even if that means risking arrest,” said Rivlin, according to NBC.

Gutierrez now free said he didn’t know if he was going to be arrested for the protest he noted that he wasn’t sure if he will further be detained for his act of disobedience.

“I was arrested, cuffed then cuffs were cut off. Waiting for further word on if/when we will be arrested,” Gutierrez said on Twitter.

I was arrested, cuffed then cuffs were cut off. Waiting for further word on if/when we will be arrested. #chiresist pic.twitter.com/vKJRnz6Ebj