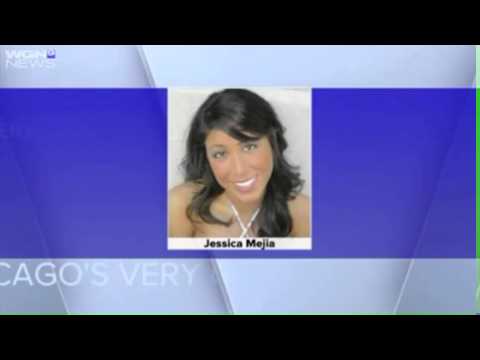 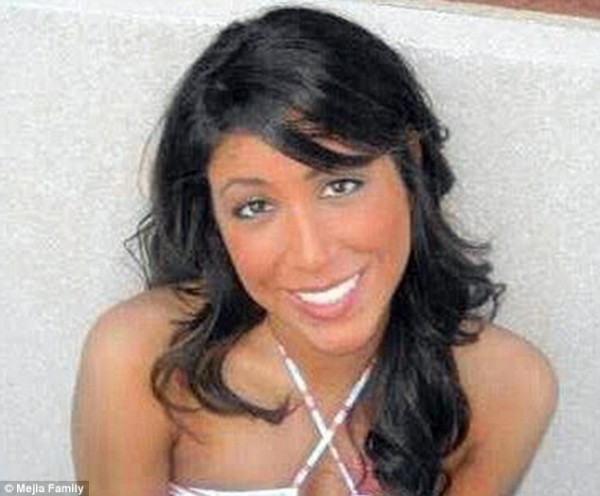 Photos taken by police on the night that 20-year-old Jessica Mejia was killed show that the young woman was in the back of the vehicle, when police arrived on the scene. According to the Chicago Tribune, which was given access to the photos, pictures taken while she was inside the vehicle show that Jessica Mejia was dressed in a pair of jeans and a white tee-shirt when she died. Subsequent images of the young woman, taken by Sheriff’s deputies in Cook County, Illinois, however, are the subject of a pending lawsuit.

According to the Chicago Tribune, photos provided to them by the family attorney show that police removed Jessica Mejia’s body from the vehicle. They then proceeded to undress her at the scene. Jessica’s naked body was laid out on a tarp. Police then photographed her naked corpse, which they manipulated into various poses.

The accident that took the young woman’s life occurred on New Year’s Eve, 2009. Shortly after, her family filed a lawsuit against the Cook County Sheriff’s Department. Jessica Mejia’s mother says she filed the suit to restore her daughter’s name.

According to the young woman’s mother, the officers who removed Jessica Mejia’s clothing at the scene of the accident created a false impression of what happened that night. Christian Mejia told the Chicago Tribune that:

“(People) think my daughter died from having sex, not from somebody being drunk and killing her. Because they took these photos, by the time everybody else got to the scene, all the ambulances and everybody else, she was partially naked because they made her naked… So the rumors, and the allegations … they made it believable.”

In December of 2010, a spokesman with the Cook County Sheriff’s Office denied that the pictures existed. Department spokesman Steve Patterson called the family’s claims “bizarre,” saying:

“There were multiple independent witnesses on the scene that night and crime scene photographs taken which would have prevented the scenario described from happening. We’re sorry for the family’s loss.”

This story certainly is bizarre, but the Sheriff’s department is no longer disputing the fact that the photos exist. Instead, they now claim that it was “medically necessary” for deputies to remove Jessica Mejia’s clothing and take nude photographs, as her dead body lay on the ground, sprawled out on a tarp. That claim seems beyond bizarre.

Don Perry, one of the family’s attorneys said in a statement to the Chicago Tribune:

“This was a young lady that just died and was treated with less dignity than a deer carcass you find on the side of the road.”

Here’s more on the story from WGN News, in Chicago.