Video: What Happens When The Homeless GIVE Money? 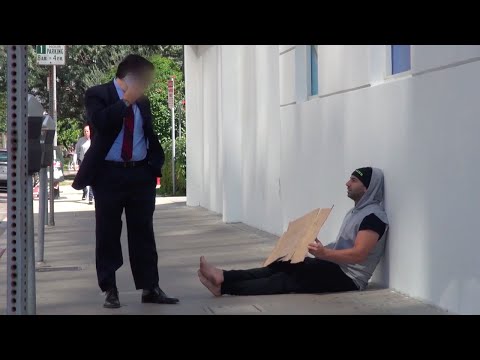 ‘If a homeless man stopped you on the street and offered you money, what would you do?

That is the question being posed in a new YouTube video by entertainer Yousef Saleh Erakat, who disguised himself as a homeless man and found out that the answer was often less than kind.

As a man in a suit and on his cell phone walks by in the beginning of the video, Erakat gets his attention. ‘I just want to be a helping hand today,’ he says, offering the man a $10 bill.

The man holds his money for a second, astounded, before throwing it at Erakat. ‘I don’t need your fucking money, you asshole. I could fucking buy you.”