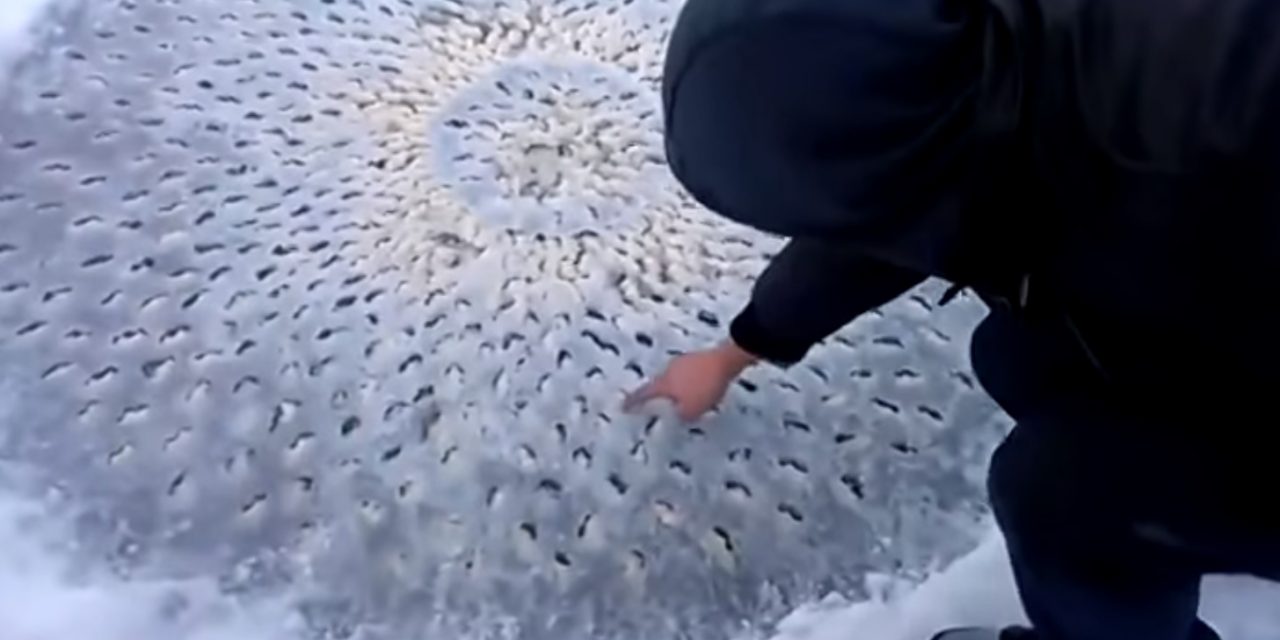 Russian scientists have reported discovering a new life form in subglacial Lake Vostok in Antarctica. Interestingly, experts say that the newly discovered lifeform is only 86% genetically similar to all known living organisms.

In 2016, Sergei Bulat, head of the cryobiology laboratory at the University of Nuclear Physics in St. Petersburg, announced the discovery of a new life form in Antarctica: a bacterium found in a subglacial lake that could only be accessed after drilling through four kilometers of ice.

With 14 million square kilometers, covering 10% of Earth’s surface, covered by 90% of the planet’s mostly frozen fresh water, and large areas still unexplored, it shouldn’t be a novelty that researchers have discovered new lifeforms in the form a bacteria in Antarctica.

As it turns out, there are still hundreds and even thousands of microscopic species that are still unclassified and unidentified on Earth, and some of them are located in the most inaccessible and remote places on our planet.

However, there are quite a few extraordinary details which make w123-10—as the new member of life on Earth has been baptized— special.

Only 86% of its genome is similar to the rest of the known organisms; the remaining percentage is New to science. This fact makes this new bacterium an extremely interesting being for geneticists. The second singularity is the place where it was found: Lake Vostok.

Between 1959 and 1964 the Soviets made several scientific expeditions to Antarctica in which they performed numerous geological surveys.

It should not be forgotten that most of the continent is covered by a layer of ice with an average thickness of 2,500 meters, although in some regions it can be twice as thick.

Based on the data collected then by Russian geographer, Andrei Kapitsa experts suggested the possible existence of a lake located about 4 kilometers deep.

However, it would not be until 1994 when the existence of a lake of liquid water under 4,000 meters beneath the ice was determined with precision. It was baptized as Lake Vostok (Vostok was one of the two Russian ships that discovered and explored the Antarctic continent in 1820. Lake Vostok was named after the Russian research Station Vostok).

In 2012 the Russian scientists began to drill through the thick layers of ice and managed tp take samples of water in which they found life.

The ‘Antarctic lifeform’ was found on the surface of the bore used to drill through the ice.

This subterranean lake would become the only example on Earth of similar lakes that most likely exist Jupiter’s moons (Europe, Callisto, and Ganymede) and Saturn’s moon Enceladus, and would support theories that point to the possible existence of life in these apparently hostile places.

The discovery of W123-10 is another reason to continue and promote the study and research of this very extreme place on Earth, capable of providing information, even hope, to find life in other parts of the solar system.

As you can see, it seems that we still have a lot of exploration to do here on Earth.