Court Rules Off The Grid Living Is Illegal 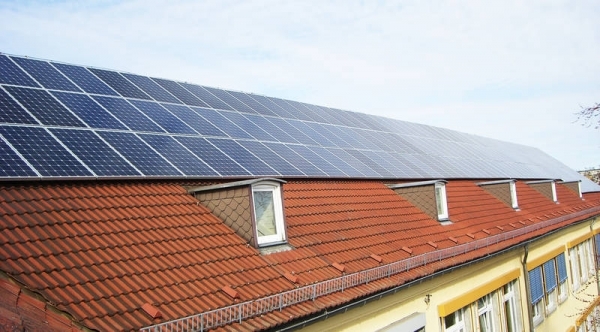 Living off the grid is illegal in Cape Coral, Florida, according to a court ruling Thursday.

Special Magistrate Harold S. Eskin ruled that the city’s codes allow Robin Speronis to live without utility power but she is still required to hook her home to the city’s water system. Her alternative source of power must be approved by the city, Eskin said.

As previously reported in Off The Grid News, Speronis has been fighting the city of Cape Coral since November when a code enforcement officer tried to evict her from her home for living without utilities. The city contends that Speronis violated the International Property Maintenance Code by relying on rain water instead of the city water system and solar panels instead of the electric grid.

“It was a mental fistfight,” Speronis’ attorney Todd Allen said of Eskin’s review of his clients’ case. “There’s an inherent conflict in the code.”

Part of the conflict: She must hook up to the water system, although officials acknowledge she does not have to use it.

“But what happens in the courtroom is much less important than touching people’s hearts and minds,” she said. “I think that we are continuing to be successful in doing just that and I am so pleased — there is hope! [Friday] morning, as I took my two hour walk, there was a young man, unknown to me, who drove by me, tooted his horn and said, ‘Robin, congratulations on your victory yesterday, keep up the fight and God bless you.’ That is beautiful.”

Eskin spent several hours reviewing the case and admitted that the code might be obsolete, the local Press-News newspaper reported.

Harness the power of the sun when the power goes out…

Eskin’s remarks indicate that he views the code as both obsolete and unreasonable and in need of change. Yet he felt he had to enforce it.

The city did overstep its authority and may have violated due process procedures, Eskin noted. He felt that the city had not given Speronis proper notice of violations and ruled that some of the charges against her were unfounded.

“I am in compliance,” Speronis told the News-Press. “I’m in compliance of living … you may have to hook-up, but you don’t have to use it. Well, what’s the point?”

Speronis disconnected all the utilities from her modest home in Cape Coral for an experiment in off-the-grid living some time ago. City officials ignored her activities until she went public and discussed them with Liza Fernandez, a reporter for a local TV station. A code enforcement officer designated Speronis’s home as uninhabitable and gave her an eviction notice a day after the piece aired.

The widow and former real estate agent now has two choices. She can either restore her hookup to the water system by the end of March or appeal Eskin’s ruling to the courts.

It is not known what action the city will take but city officials told Fernandez that they would be willing to let Speronis stay in her home if conditions are “sanitary.” At the hearing, Eskin noted that city officials have not actually been in Speronis’s home to make that determination.

The International Property Maintenance Code is used in communities throughout the United States and Canada. The code states that properties are unsafe to live in if they do not have electricity and running water. Speronis has electricity and water. She gets running water by collecting rainwater and electricity from solar panels.