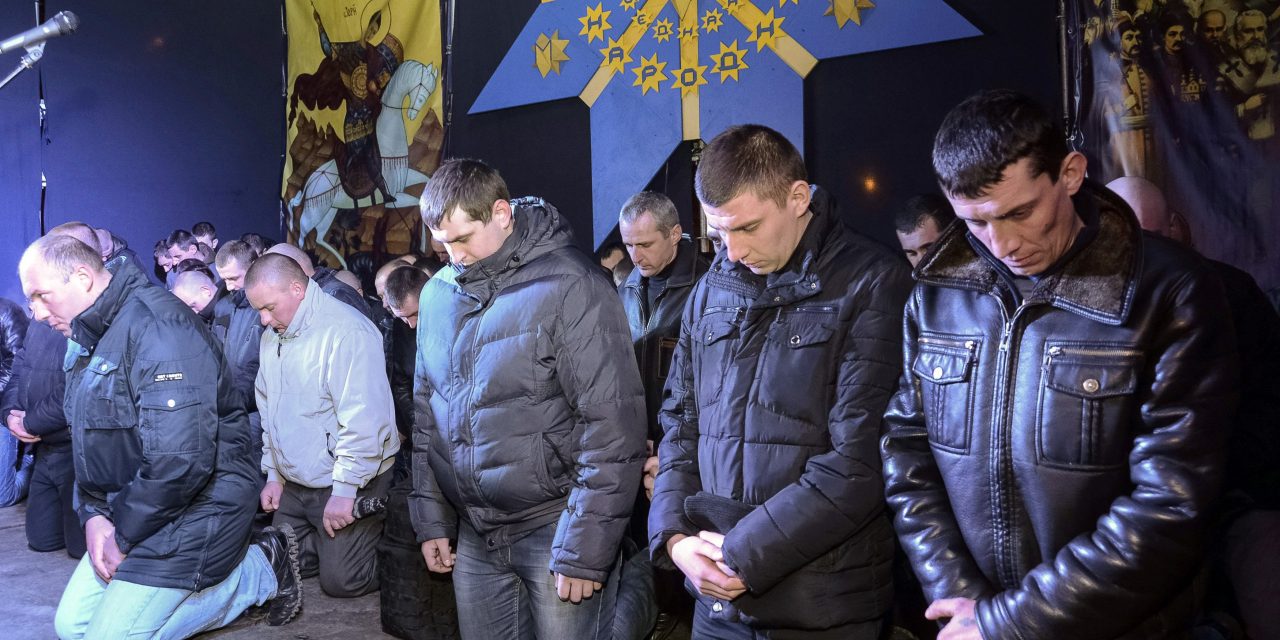 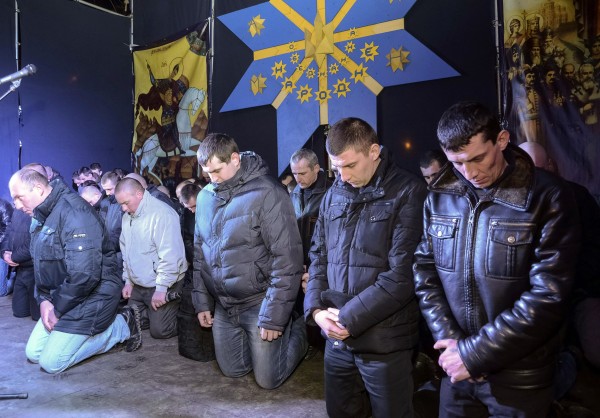 These photos by Roman Baluk of Reuters show just how quickly the tables have turned in Ukraine.

During a rally in central Lviv on Feb.24, local riot police knelt as they apologized to residents for taking part in the crackdown on protesters in Kiev’s Independence Square, aka Maidan (though they insisted that they did not beat protesters).

Lviv, a city of 760,000 near Ukraine’s Western border with Poland, sent thousands of people to Kiev to fill and defend Maidan. On Feb. 19, the city declared independence from the government of President Viktor Yanukovych, who was ousted three days later by parliament.

Volodymyr Parasiuk, a 26-year-old protester from Lviv, became a hero on Feb. 21 when he denounced an EU-brokered peace deal and instead called for Yanukovych’s immediate ouster.

Subsequently, many of Lviv’s police fled the city, but these men have decided to ask forgiveness from the people.