Court Rules Police Can Legally Shoot Your Dog For Barking 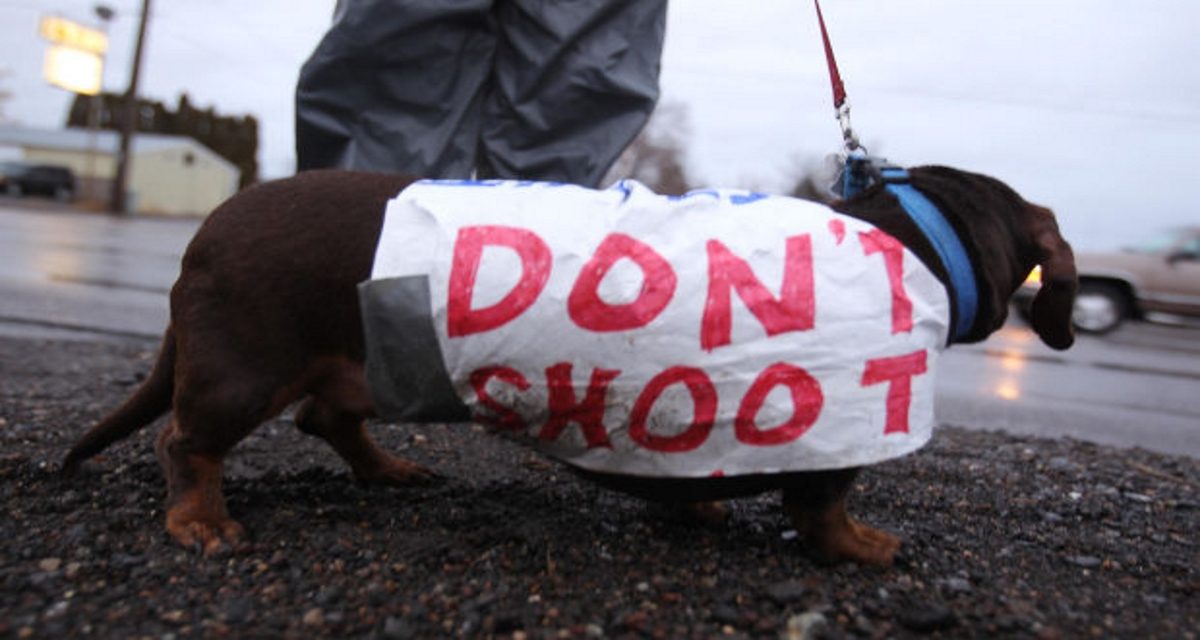 The United States Court of Appeals for the Sixth Circuit concluded Monday that police officers are justified in killing citizens’ pets — even if those animals are not attacking or attempting to attack them.

Too often, police shoot people’s dogs without consequences. And now, a court is facing criticism after ruling that it’s okay for them to do so.

According to the Washington Examiner, the 6th Circuit Court ruled that police were justified in fatally shooting Mark and Cheryl Browns’ two dogs, one of which was sitting still in the basement of the couple’s home in Battle Creek, Michigan.

Judges MOORE and CLAY (Circuit Judges), and HOOD (District Judge) heard an appeal from the plaintiffs Mark and Cheryl Brown, of Battle Creek, Michigan. The Browns filed a lawsuit against the BATTLE CREEK Police Department, the City of Battle Creek, and officers Jeffrey Case, Christof Klein, and Damon Young for the death of their beloved dogs at the hands of sadistic cops. 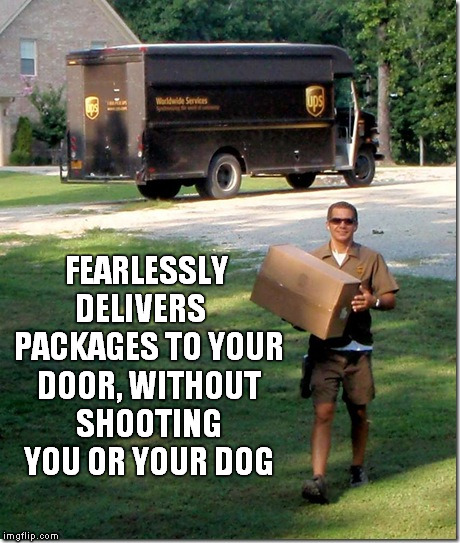 The incident occurred on April 17th, 2013, when police were attempting to execute a search warrant on the home where the Browns were living because a police informant reported another man, Vincent Jones was distributing heroin, cocaine, and marijuana from the residence. Jones was apprehended before police arrived on the scene.

Mark Brown, who was not a suspect in the search, had gone home on his lunch break to let out his two pit bulls. After doing so, he locked the door and headed back to work when police arrived and detained him. He told them he had a key, and that they didn’t need to destroy the front door to gain entry into the home. But destroy it they did.

The Browns dispute the claims by police that the dogs were barking. Mark Brown even testified the smaller of the two dogs had “never barked a day in her life.” Officer Klein said the larger dog was barking and “lunged” at him, but later admitted the pet “had only moved a few inches.”

Despite there being no attack, Klein fired a round at the dog. Both dogs ran away from the officers to the basement, obviously fleeing in fear. There, the two dogs were shot and killed by the officers who felt that they could not properly clear the room and effectively execute the search warrant on the home, explaining they “did not feel [the officers] could safely clear the basement with those dogs down there.”

Going further, the officers stated the “basement was loaded. You’ve gotta look under beds, you’ve gotta do everything, and [the dogs] basically prevented us from doing that, and they were protecting that basement.” Klein testified the smaller pit bull was “just standing there” when it was shot and killed.

In spite of these sadistic admissions, the appellate court ruled in favor of the officers, the police department, and the other defendants. They agreed with the lower court ruling that the police officers were covered under “doctrine of qualified immunity” and were therefore not liable for compensating the plaintiffs in the case.

The precedent has now been set. Cops can legally kill your dogs for the sole act of being a dog. If your dog moves, it is dead. If your dog barks, it is dead. If your dog does anything but sit silently in the other room, it is dead. However, as the above case illustrates, even if they are silent in the other room, police can still kill them — just to make their search for arbitrary substances deemed illegal by the state — that much easier.
Read more at http://thefreethoughtproject.com/police-can-now-kill-dog-barking-getting-way/#ysDFBvJrLXbZODzg.99