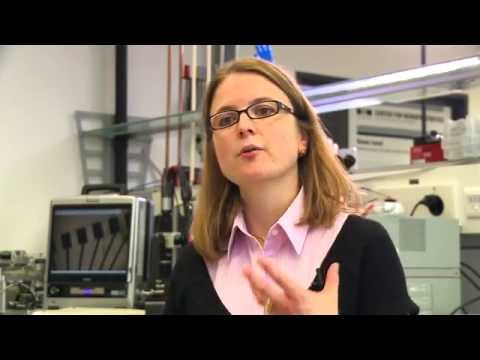 By Sarah Knapton
The Telegraph

Paralysed patients have been given new hope of recovery after rats with severe spinal injuries walked again through a ‘groundbreaking’ new cyborg-style implant.

In technology which could have come straight out of a science fiction novel or Hollwood movie, French scientists have created a thin prosthetic ribbon, embedded with electrodes, which lies along the spinal cord and delivers electrical impulses and drugs.

The prosthetic, described by British experts as ‘quite remarkable’, is soft enough to bend with tissue surrounding the backbone to avoid discomfort.

Paralysed rats who were fitted with the implant were able to walk on their own again after just a few weeks of training.

Researchers at the Ecole Polytechnique Fédérale de Lausanne are hoping to move to clinical trials in humans soon. They believe that a device could last 10 years in humans before needing to be replaced.

The implant, called ‘e-Dura’, is so effective because it mimics the soft tissue around the spine – known as the dura mater – so that the body does not reject its presence.

“Our e-Dura implant can remain for a long period of time on the spinal cord or cortex,” said Professor Stéphanie Lacour.

Previous experiments had shown that chemicals and electrodes implanted in the spine could take on the role of the brain and stimulate nerves, causing the rats’ legs to move involuntarily when they were placed on a treadmill.

But this is the first study to show a simple gadget can help rats walk again and be tolerated by the body.

Scientists have struggled to find a device which will sit next to the spine or brain because both are surrounded by a protective envelope of tissue which the hard surface of implants can rub against, causing inflammation and scar tissue.

The electronic ribbon is placed directly onto the spinal cord

However the new gadget is flexible and stretchy enough that it can be placed directly onto the spinal cord. It closely imitates the mechanical properties of living tissue, and can simultaneously deliver electric impulses and drugs which activate cells.

Writing in the journal Science, where the results were published, science writer Robert Service said: “Soft flexible nerves connected to unyielding silicon and metal – the combination has spawned many a Hollywood cybord.

“The implants Lacour’s team created still have to be wired to the out- side world to operate, but she and her colleagues are designing wireless versions of the technology. Watch out, Hollywood, reality is catching up.”

The research was praised by British scientists.

“The work described here is a groundbreaking achievement of technology, which could open a door to a new era in treatment of neuronal damage,” said Dr Dusko Ilic, Reader in Stem Cell Science at King’s College London.

“Until now, the most advanced prostheses in intimate contact with the spinal cord caused quite substantial damage to tissue in just one week due to their stiffness.

“There is still a long way to go before we may see any practical use of such neuroprostheses in humans. But it may be that it is something that could potentially be developed for use in humans in the foreseeable future.”

Prof John Hunt, Head of Unit of Clinical Engineering, University of Liverpool, added: “This study in rats is an interesting one and it could have the potential to be quite promising in terms of being applicable to people with spinal injuries.”

The implant has been primarily tested in cases of spinal cord injury in paralyzed rats but researchers believe it could eventually be used in epilepsy, Parkinson’s disease and pain management.

The scientists are planning to move towards clinical trials in humans within the next few years.

The research was published in the journal Science.