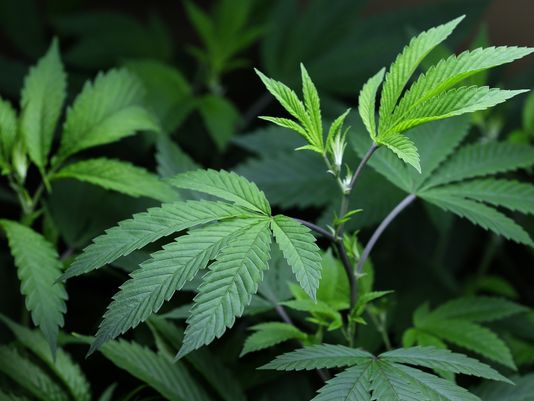 The District of Columbia City Council voted Tuesday to decriminalize possession of small amounts of marijuana in the nation’s capital.

Mayor Vincent Gray said he intends to sign the measure, which replaces jail time with civil fines but does not legalize the use, possession, sale or growing of pot. Congress still has veto power, though that is considered unlikely given the divided control of each chamber, The Washington Post notes.Being caught with up to an ounce of weed would result in a $25 fine, while publicly smoking it would remain a misdemeanor punishable by six months in jail or a $500 fine, the same as having an open container of alcohol.”It will have a profound impact on the people of the District of Columbia to decriminalize this marijuana,” said Council member David Grosso, who is looking ahead to the “next step” of taxing and regulating marijuana sales.

Supporters said the legislation, which passed, 10-1, is aimed at ending prosecution that fell heavily on the district’s black residents, while critics claimed it will not end racial profiling for those caught smoking on the streets.

“For far too long, people of color have been disproportionately and unfairly arrested and marginalized for marijuana possession in the District of Columbia,” said Grant Smith, of the Drug Policy Alliance. “D.C. councilmembers took the first critical step today toward ending the selective enforcement of marijuana prohibition policies that have perpetuated racial disparities in the criminal justice system for decades.”

D.C. officers would not be able to arrest on the smell of marijuana, for instance; they would have to see the smoke. And being marijuana-impaired in public would not be a crime equal to public intoxication — unless it occurs behind the wheel. …

The D.C. law would also preclude police from charging people with possession or dealing if they simultaneously possess large amounts of cash and several bags of marijuana. Some advocates say that poorer residents are often paid for their work in cash and buy the drug in small amounts multiple times on their payday.

The D.C. measure conflicts with federal law, which provides for prison time and stiff penalties for some scenarios decriminalized by the district. It’s not yet clear how police agencies and the Justice Department might respond.

If it become law, the district would join 17 states that have decriminalized recreational use of marijuana. In 2012, voters in Colorado and Washington state legalized the sale and use of pot.

The D.C. Council action came as the International Narcotics Control Board released its 2013 report on drug laws worldwide, saying marijuana legalization in the United States and Uruguay “is not in conformity with the international drug control treaties.”

“We deeply regret the developments at the state level in Colorado and Washington, in the United States, regarding the legalization of the recreational use of cannabis,” said Raymond Yans, president of the United Nations agency. “INCB reiterates that these developments contravene the provisions of the drug control conventions, which limit the use of cannabis to medical and scientific use only. INCB urges the Government of the United States to ensure that the treaties are fully implemented on the entirety of its territory.”