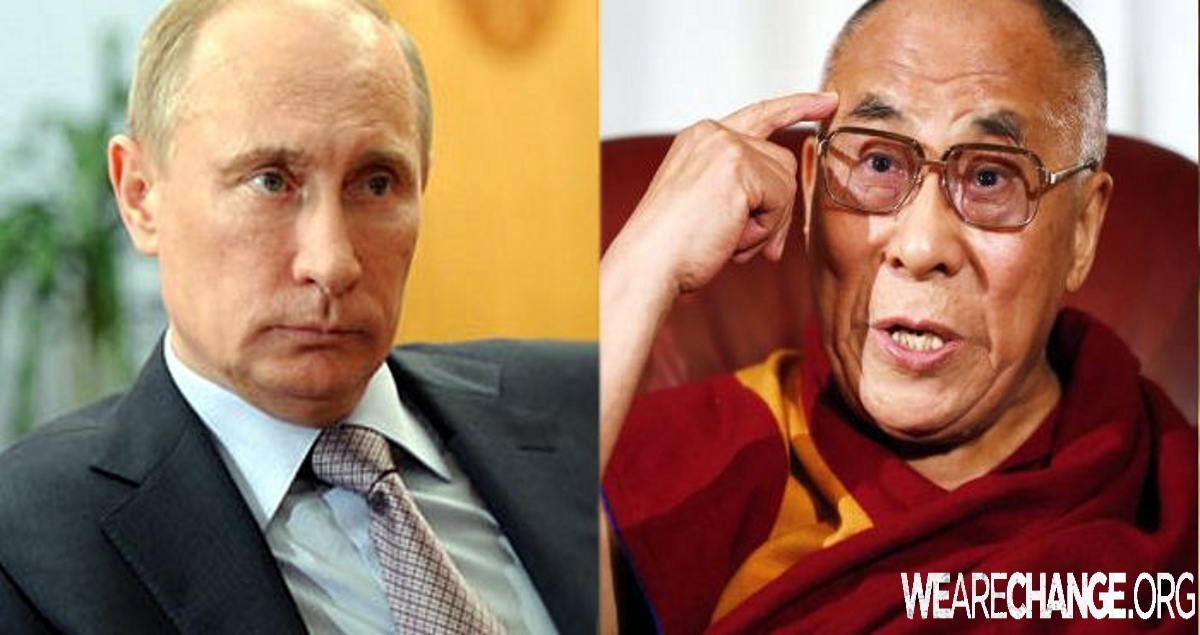 “…for several times I importuned President Obama to end his catastrophic support for Saudis and their terrorist proxies in the Middle-East but my appeals fell on deaf ears,” said world’s most famous exile.

The Dalai Lama has praised Russian President Vladimir Putin for his brave and relentless crusade against ISIS in the Middle East, saying that he believes that the U.S. government are responsible for their creation.

The Tibetan Buddhist spiritual leader urged the Obama administration to alter America’s catastrophic foreign policies in the Middle East before its too late.

“I believe the crux of today’s Middle-East problem is laid in Obama administration policies and the Saudi interference in Syrian crisis. When Saudi clerics fallaciously claim they represent Islam and they side with cutthroats in Syria; thus they give the radical groups a plausible excuse for their heinous crimes against innocent civilians,” AFP quoted the exiled Tibetan spiritual leader as saying.

It is for the first time that the octogenarian spiritual leader and a Nobel Peace Prize laureate, took the unprecedented step by explicitly criticizing United States and her oil-rich Saudi allies for fomenting sectarian bloodshed in Middle-East by invariably supporting hard-line militants, e.g. ISIS and al-Nusra Front.

Dalai Lama added by saying that it would be totally inane and hypocritical of Saudis to condemn recent terrorist attacks in European capitals while funneling weapons and billions of dollars to the very terrorists who perpetrated Charlie Hebdo carnage.

The Tibetan Buddhist spiritual leader, who has himself been in exile for 56 years, praised Russian President in particular for waging a relentless crusade against diabolical terrorists and exhorted him to continue his divine mission but insisted it is not a ‘long-term solution’ to end Syrian crisis.

Meanwhile, Chinese Prime Minister Li Keqiang called off a bilateral meeting with his Russian counterpart which was due this week in protest against Dalai Lama’s visit to Moscow.