Dave Chappelle Just Offended Everyone — But Spoke Some Controversial Truths 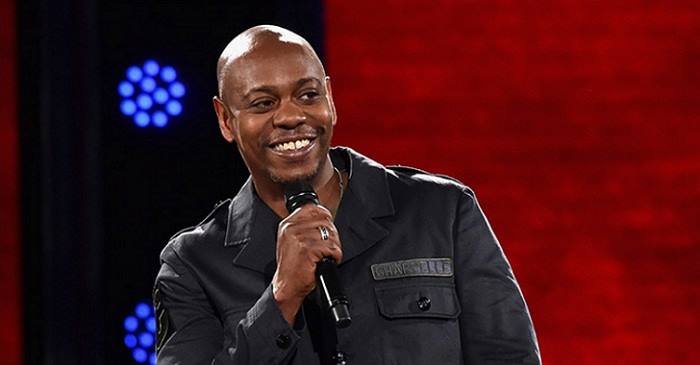 After spending over a decade out of the spotlight following his public exit from his 2000s hit Chappelle’s Show, this week comedian Dave Chappelle released two stand-up specials on Netflix.

The wildly politically incorrect sets have already drawn criticism from gay and transgender communities, but while his comedy certainly poked fun at the two minorities, it also lambasted numerous subgroups in America.

Chappelle targeted everyone from white people to black people to Asians, women, celebrities, Donald Trump, and the Hollywood establishment. Though much of the buzz surrounding the highly anticipated Netflix specials focused on Chappelle’s arguably offensive jokes about minority groups, much of his most salient commentary focused on the government and racial injustice within the system.

“Steven Avery is in more trouble than any white person in the history of the United States has ever been in. In a justice system designed for him to thrive, he’s failed miserably — twice. I can’t even wrap my mind around it. If Making a Murderer was about a black dude, that shit would be called ‘Duh.’”

He went on, alluding to police involvement in Avery’s conviction and African Americans’ historical skepticism toward police:

“All he needed to get off that he didn’t have was a single black juror. That’s all it would’ve [taken]. Because only a black dude in the United States can look at 11 other dudes and be like, ‘I think the police did this shit.’”

Chappelle did not shy away from discussing race and politics. In his second set, “Deep In The Heart Of Texas: Live At Austin City Limits,” filmed in 2015, he tackled it head on.

“Tough time for the blacks,” he said. “These are not good times for the blacks. You know what I’m talking about right? Police are killing us again. It’s a very unfortunate set of circumstances because we were doing very well.”

Continuing, he discussed other marginalized groups in America:

“Although I can see that in recent years,” he went on, “that seat has been occupied by Mexicans, and I dare say Arabs. And we the black Americans would like to thank you both for your sacrifice and your struggle. We needed a break. We needed a goddamn break.”

He focused on the particular struggle Arabs face:

“We all go through something,” he said, “but at least I can leave my backpack someplace. If you’re Arab and you forget a backpack, you have about 20 minutes before they send that robot to blow your shit up. You can kiss all that engineering homework goodbye, Fouhad.”

In his Hollywood special, Chappelle went on an extended diatribe about when things went wrong in America. Joking about how everyone is now angry whereas it used to be only black people who were angry, he opined about how this happened, dropping surprising kernels of truth in his statement. After joking about times changing around and after World War II, he said:

“And then behind the scenes of that, there was a little-known government agency that started testing mind control drugs on the American public.”

Indeed, the CIA conducted mind control experiments on subjects using psychedelic drugs. But according to Chappelle:

“They fucked up. They tested it for 12 years. They didn’t realize these drugs were not mind-controlling. They were mind expanding. It was LSD and mescaline… and for the first time, there was a new school of thought that was chemically induced that made people question the very society they lived in.”

“By 1960, the president of the United States was only 42 years old. Can you imagine? DMX is older than that. And he was gonna usher in a new era of peace. He was gonna avoid the Cold War. He was gonna end segregation. And they blew his fucking brains out in front of everyone in Dallas.”

He did not specify who “they” were but went on to make a biting observation about dissent in America:

“This country was never the same. There were seven more major assassinations in the 60s. Anyone that stood up and said anything was shot down in the streets like a fucking dog. Kennedy, Kennedy, King, X, Evers — on and on. You didn’t even have to be famous. You could be a college student at Kent State or in Mississippi protesting the Vietnam War, and they shot them, too. The 70s were a wild era. And while all this was going on, Bill Cosby raped 54 people.”

Bill Cosby, along with O.J. Simpson, were a frequent focus in the specials and often provided comedic relief after Chappelle made more serious statements like the one above. In another apparent affront to mainstream politics and conventional history, Chappelle appeared to question mandatory vaccinations. After he asked the Austin audience how they felt about such policies, receiving cheers in response, he responded:

“I’m sorry, ladies and gentlemen. I just… I don’t know. I don’t know about this one. First of all, black people generally don’t trust doctors — after the Tuskegee experiments and all that shit.”

Chappelle was referencing, as the Atlantic has explained it, “the 40-year experiment run by Public Health Service officials [that] followed 600 rural black men in Alabama with syphilis over the course of their lives, refusing to tell patients their diagnosis, refusing to treat them for the debilitating disease, and actively denying some of them treatment.”

Chappelle’s jokes spanned nearly every layer of potentially offensive content. He joked at length about Caitlyn Jenner’s gender transition in the Hollywood special, and in the Austin special, he further questioned trans culture. Expressing support, he said, “I support anybody’s right to be whoever they feel like they are inside. I’m your ally in that.”

“However,” he continued, “my question is to what degree do I have to participate in your self-image?”

Regardless of how one feels about Chappelle’s arguably offensive show, two things were apparent: he wasn’t concerned about offending anyone, an attitude expressed recently by other major comedic players. Figures like Jerry Seinfeld and Tina Fey have bemoaned the constraints PC culture places on free speech and comedy. As Chappelle warned the audience early in his Hollywood performance after they gasped at one of his jokes:

“Ladies and gentleman, man the fuck up or you’re not going to make it through this show.”

Chappelle, who famously left the limelight when his often politically and racially charged Chappelle’s Show was reaching new levels of popularity, will produce a third special for Netflix viewers to be released later this year. It is expected to tackle the 2016 election and the new era of Donald Trump.