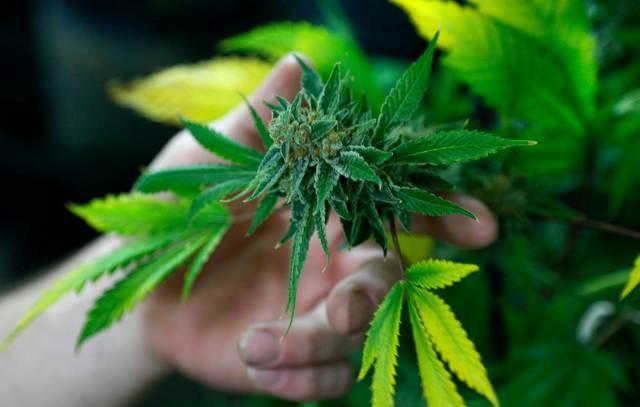 (The Free Thought Project) With eight states legalizing recreational cannabis and 26 other states legalizing medical cannabis use, federal government is the biggest obstacle to freedom – despite more and more U.S. lawmakers pushing for medical access and even complete decriminalization.

By far the biggest obstruction to a fact-based approach to cannabis is the U.S. Drug Enforcement Agency (DEA), which maintains cannabis as a Schedule 1 narcotic. This most restrictive category, which includes heroin and methamphetamine, is described as having “no currently accepted medical use and a high potential for abuse.”

By now most everyone knows this classification is patently absurd for cannabis, as studies are piling up showing the medical benefits of cannabis, in addition to real-world evidence in medical use states. If that weren’t enough, the National Academies of Science just published a monumental study with nearly 100 conclusions, including the therapeutic benefits of cannabis.

The DEA had a chance to correct its ignorance in 2016 by rescheduling cannabis on the advice of the FDA, but somehow kept a straight face when it announced in August it would keep the plant under Schedule 1. One explanation for this defiance of reality is the DEA’s allegiance to Big Pharma, which has admitted cannabis poses a threat to its profits.

Some aren’t taking the DEA’s disinformation lying down.

Americans for Safe Access (ASA) found 25 falsehoods about cannabis still being peddled by the DEA on its website, and has filed a petition to force their removal. ASA points out that DEA is violating federal law called the Information Quality Act which requires agencies to ensure the “quality, objectivity, utility, and integrity of information” when developing guidelines.

One reason we know their information is false is because the DEA contradicted those very falsehoods – with references to studies – when it refused to reschedule cannabis in 2016. Even though DEA accepted these studies, it somehow concluded ‘more research is needed’ to show cannabis has medical value.

According to the petition:

“DEA continues to disseminate certain statements about the health risks of medical cannabis use that have been incontrovertibly refuted by the DEA itself in its recent “Denial of Petition to Initiate Proceedings to Reschedule Marijuana”, issued August 12, 2016. In fact, the DEA’s recent statements confirm scientific facts about medical cannabis that have long been accepted by a majority of the scientific community.”

For each category, ASA lists the specific statements and then provides contradicting statements from the DEA itself, referencing scientific studies that refute the false statements still on their website.

“The overwhelming majority of the objective scientific studies – including studies cited by the DEA in the DPR – disprove the inaccurate DEA statements described in Section II (a)-(d). Because the DEA itself made statements in the DPR that directly contradict information in “The Dangers and Consequences of Marijuana Abuse” and “Drugs of Abuse,” it is undeniable that the DEA information at issue lacks utility and objectivity.”

Given DEA’s demented stance that can only be described as a throwback to Reefer Madness, we are unlikely to see any progress made in this tyrannical agency that thrives on the criminalization of the miraculous cannabis plant. We can only hope that Congress continues to gather more supporters for the cause of freedom and medical access.

This article first appeared on TheFreeThoughtProject.com and was authored by Justin Gardner.