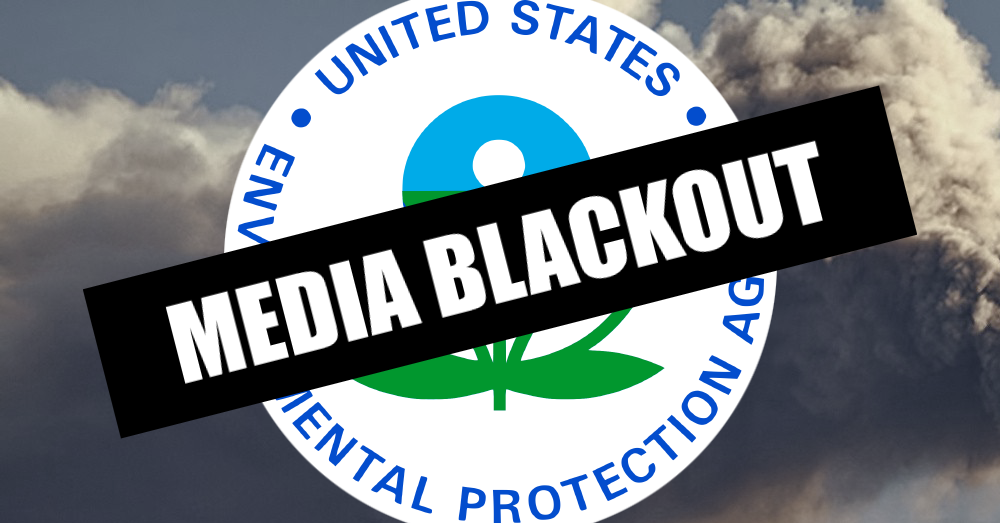 (ZeroHedge) The Trump administration has instituted a media blackout at the Environmental Protection Agency and barred staff from awarding any new contracts or grants according to the AP.

Emails sent to EPA staff since President Donald Trump’s inauguration on Friday and reviewed by The Associated Press, detailed the specific prohibitions banning press releases, blog updates or posts to the agency’s social media accounts. On Monday, the Huffington Post reported that EPA grants had been frozen, with agency employees barred from speaking of the matter.  The memo ordering the social media blackout is shown below.

Cited by The Hill, Myron Ebell, who leads the Trump EPA transition, confirmed the freeze to ProPublica.  “They’re trying to freeze things to make sure nothing happens they don’t want to have happen, so any regulations going forward, contracts, grants, hires, they want to make sure to look at them first,” Ebell told ProPublica.

The Trump administration reportedly told the Department of the Interior to stop tweeting from its accounts over the weekend after the National Park Service’s Twitter account retweeted a post about the crowd sizes at Trump’s inauguration Friday. The agency brought back its accounts on Saturday.

As part of the Trump administration’s “temporary suspension” of all new business activities at the department, the EPA has been told to halt all contracts, grants and interagency agreements pending a review, including issuing task orders or work assignments to EPA contractors. The orders are expected to have a significant and immediate impact on EPA activities nationwide.

According to Reuters, the White House sent a letter to the EPA’s Office of Administration and Resources Management ordering the freeze on Monday, an EPA staffer told Reuters. “Basically no money moving anywhere until they can take a look,” the staffer said, asking not to be named.

The EPA awards billions of dollars worth of grants and contracts every year to support programs around environmental testing, cleanups and research. It was unclear if the freeze would impact existing contracts, grants and agreements or just future ones. Myron Ebell said he believed the move was related to Trump’s executive order on Monday temporarily halting all government hiring outside the military.

Trump has promised to slash U.S. environmental regulation as a way to promote oil drilling and mining. An administration official told Reuters the president would sign two executive actions on Tuesday to advance construction of the Keystone XL and Dakota Access pipelines, a sharp reversal from the Obama administration. Trump’s nominee to run the EPA, Oklahoma Attorney General Scott Pruitt, is awaiting Senate confirmation. Pruitt sued the EPA repeatedly as Oklahoma’s top prosecutor.

Trump also has drawn heavily from the energy industry lobby and pro-drilling think tanks to build its landing team for the EPA, according to a list of the newly introduced 10-member team seen by Reuters on Monday.

It appears that the first intra-agency vendetta for the new president has broken out not surprisingly with the agency that is most at risk from Trump’s upcoming policy changes, and which was catalyzed by the EPA’s role in the bizarre media scandal over the “participation” in Trump’s inaguruation rally. The EPA has yet to make an official statement.