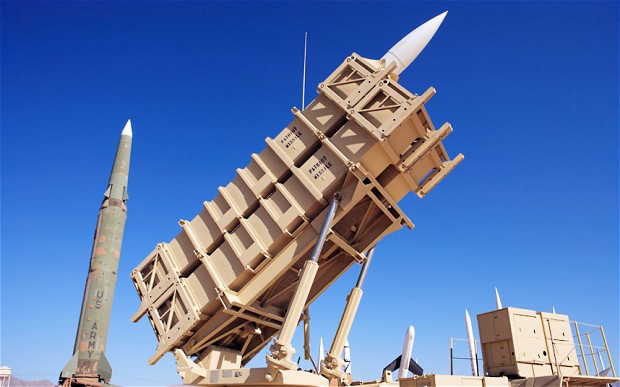 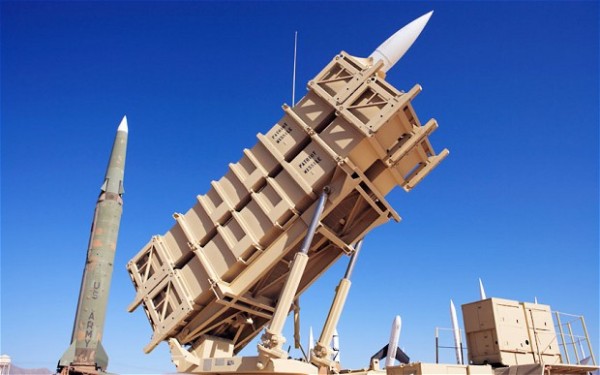 While the Western mainstream media and even independent gatekeepers like Noam Chomsky for years spread the lie that any suggestion that the United States and NATO were supporting ISIS was a “conspiracy theory,” recently uncovered and declassified documents from the Defense Intelligence Agency have proven the Western press and the likes of Chomsky wrong and, yet again, the so-called “conspiracy theorists” right.This is because, on May 18, Judicial Watch published a selection of recently declassified documents that were obtained from the US Department of Defense and the US State Department as a result of a lawsuit filed against the US government. The lawsuit and most of the documents contained within the release revolved around the Benghazi scandal but a deeper look into the documents dating back to 2012 reveal an even bigger story – that the US and NATO have admitted in their own documents to supporting al-Qaeda and ISIS in Syria and Iraq.

The documents demolish the “official story” of Western governments promoted from the beginning of the Syrian crisis until the present day – that the “rebellion” was organic, grassroots, and made up of moderates and freedom-loving democracy proponents. The document states unequivocally that “The Salafist [sic] the Muslim Brotherhood, and AQI are the major forces driving the insurgency in Syria.” It points out that “The West, Gulf countries, and Turkey support the opposition; while Russia, China, and Iran support the regime.” Tellingly, the report then states that “AQI supported the Syrian opposition from the beginning, both ideologically and through the media . . .”

Indeed, the documents clearly admit that the crisis unfolding in Syria was never a moderate rebellion fighting for democracy, it was made up of fighters from the Muslim Brotherhood and al-Qaeda (al-Qaeda In Iraq/Al-Nusra Front) from the very beginning.

US, Turkey, NATO Supporting ISIS and al-Qaeda – Supporting the Creation of Buffer Zones

The document continues in its revelations by stating that:

Opposition forces are trying to control the eastern areas (Hasaka and Der Zor), adjacent to the western Iraqi provinces (Mosul and Anbar), in addition to neighboring Turkish borders. Western countries, the Gulf states and Turkey are supporting these efforts. This hypothesis is most likely in accordance with the data from recent events, which will help prepare safe havens under international sheltering, similar to what transpired in Libya when Benghazi was chosen as the command center of the temporary government.

“Opposition forces,” of course, are al-Qaeda, al-Nusra Front, and ISIS, as mentioned and defined earlier by the DIA document. Thus, any questions of whether or not the US and its NATO/GCC allies have been supporting jihadists and terrorists, should be answered with the admissions made within these pages.

What is also well-known but now finally admitted to by the US government itself is the plan to establish “buffer zones” and “safe zones” on the Libyan model inside Syria. Such a plan has been covered extensively by myself and Tony Cartalucci (as well as many others in the alternative media) when the concept was considered a “conspiracy theory.”

In regards to geopolitical concerns and the breakup and destruction of the Syrian government as well as the Iraqi leadership, the document states:

If the situation unravels there is the possibility of establishing a declared or undeclared Salafist principality in eastern Syria, (Hasaka and Der Zor), and this is exactly what the supporting powers to the opposition want, in order to isolate the Syrian regime, which is considered the strategic depth of the Shia expansion (Iraq and Iran).

This “Salafist principality” is obviously the Islamic State, particularly when one visualizes the maps of territory claimed by the jihadist organization. As the DIA document admits, the expansion of the ISIS principality is taking place with the support and assistance of Western powers. This much is evidenced by the fact that the ISIS fighters running rampant across Iraq and especially Syria could never have been able to do so were it not for the support given to them by the GCC and NATO. These fighters certainly could never have held such territory if Western military assistance, Saudi money, and Turkish/Israeli logistics and intelligence had not been provided to them.

Note also the justification provided for such support: not only is the goal to “isolate the Syrian regime,” it is to prevent the “Shia expansion,” meaning the arc of influence held by Iran, growing daily largely due to Western imperialism, hypocrisy, tyranny, and double standards. Instead of attempting to combat Iran’s influence in a race for development and the raising of living standards, the West funds jihadist savages to behead and rape their away across civilized nations. This is because the goal is not merely to disrupt Iranian influence, it is to destroy Iran completely. Even Iran itself is a stepping stone to a greater confrontation with Russia and China.

Tony Cartalucci understands this concept well as he writes in his own article “America Admittedly Behind ISIS ‘Surge,’” when he says:

The Syrian war is not a localized conflict with limited goals. It is one leg of a much larger agenda to destroy Iran next, then move on to Russia and China. Combined with the Syrian campaign, the West has attempted to create arcs of destabilization across Eastern Europe, Central Asia, and completely encircling China in Southeast Asia.

What this constitutes is a World War executed through the use of 4th generation warfare. At the same time, the West attempts to seek temporary appeasement and accommodation for itself so that it can more effortlessly advance its plans. Attempts to portray itself as interested in “negotiations” with Iran while it wages a proxy war on its doorstep is a prime example of this.

The corporate-financier special interests that have hijacked the United States and Europe have essentially declared war on all lands beyond their grasp, as well as on any and all among their own ranks who oppose their hegemonic aspirations.

The vile conspiracy now openly unfolding in Syria, seeing to its destruction at the hands of terrorists the US is openly backing after claiming for over a decade to be “fighting” is a harbinger of the destruction that complacency and failure to resist will bring all other nations caught in the path of these special interests. Nations not immediately caught in the grip of chaos created by this conspiracy must use their time wisely, preparing the appropriate measures to resist. They must study carefully what has been done in Syria and learn from both the mistakes and accomplishments of the Syrian government and armed forces in fighting back.

While the Western mainstream press and other “independent” gatekeepers were attempting to paint the suggestion that the United States was supporting ISIS in Iraq and Syria as a “conspiracy theory,” the US government was indeed supporting ISIS in Iraq and Syria but hiding behind a narrative of democracy-loving freedom fighters and “moderate rebels” as it did so. This narrative was disseminated by the same Western press that labeled the alternative media as a collection of paranoid schizophrenics for reporting what has now been confirmed by the DIA document release a full four to ten years ago.

The truth is that the United States has been funding ISIS all along and that the terrorist organization would not exist were it not for its being created by American intelligence agencies as far back as the 1970s under the name Al-Qaeda and Mujahadeen.

While the DIA document release is only news in terms of the confirmation of US support for ISIS, it can be chalked up as one more reason the mainstream and traditional media outlets have become entirely irrelevant and overwhelmingly discredited.