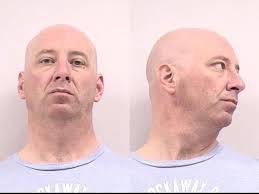 A 23-year Colorado Springs police veteran was arrested Wednesday on suspicion of felony menacing after an assault during an investigation of a traffic crash, police said.

Biscaro, a patrol sergeant in the Stetson Hills subdivision, has been with Colorado Springs police since January 1993. He was arrested on suspicion of third-degree assault, a misdemeanor, and felony menacing.

“Any time we must arrest an officer, particularly a supervisor, an individual who is entrusted with a higher level of responsibility, it is a sad day for our department and our profession,” Police Chief Peter Carey said in a statement.

Biscaro received a 2014 Medal of Valor award for his actions during a shootout in May that year.