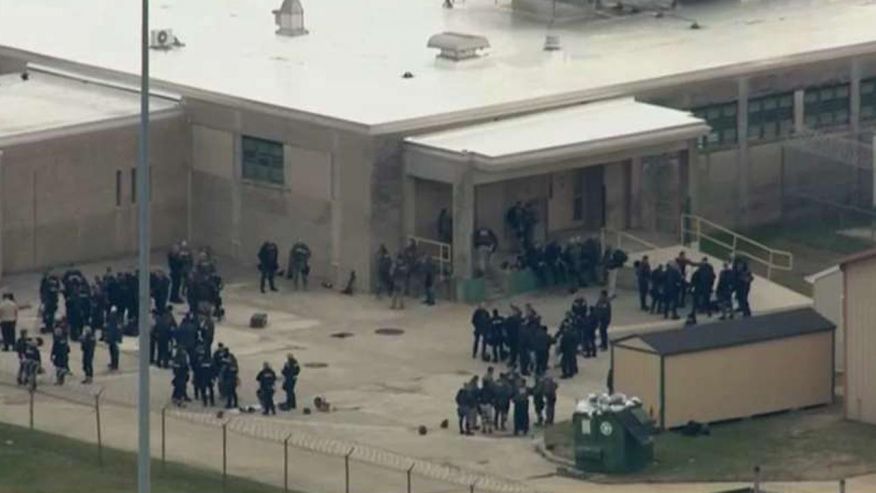 UPDATE: 7 p.m. eastern, Feb. 1:  Inmates at a Delaware prison have released one of the four prison guards that have reportedly been holding hostage for most of the day Wednesday.

UPDATE: 9 a.m. eastern, Feb. 2: The standoff is reported to be over, and authorities confirm that one employee held hostage has died amidst the standoff.

WPVI reported that the 35-year-old guard who was released was taken to the hospital with non-life threatening injuries after he was “beaten repeatedly with fists and a mop wringer” by the inmates who held him hostage.

6 p.m. eastern, Feb. 1: Authorities have confirmed that corrections officers are being held hostage at a Delaware prison.

James T. Vaughn Correctional Center in Smyrna, Delaware, was put under lock-down on Wednesday, after police responded to a hostage situation within the facility. Geoff Klopp, president of the Correctional Officers Association of Delaware, verified that the hostages are corrections officers. However, he would not say how many officers are being held hostage within the facility, though reports claim 4 staff remain hostage.

According to CNN-affiliate KYW, four guards and one counselor were allegedly taken hostage by inmates. One of the guards had allegedly been released.

Jayme Gravell with the Delaware Department of Corrections claims the incident occurred between 10:30 a.m. and 11 a.m Wednesday morning.

Calls from the facility

Delaware Online adds that they received a call from an inmate who was taken hostage to relay the inmates’ demands.

“I’m just doing what I’m being told to. I’m just trying to help, ma’am. They just need somebody to hear their demands,” he said. “Improper sentencing orders. Status sheets being wrong. Oppression towards the inmates.”

The Department of Corrections claimed their response teams combined with the Delaware State Police have swiftly responded to the hostage situation.

Further developments are expected to be discovered, though the safety of the hostages as well as the actions of the inmates are currently unknown.