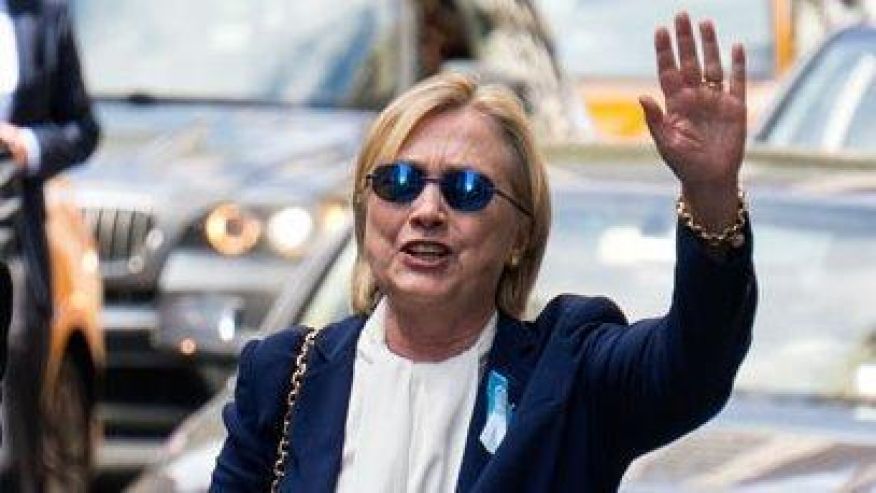 The unthinkable has happened for Hillary Clinton. With less than three months remaining until November’s election, Democrats prepared to meet and consider replacing her, according to David Shuster of MSNBC.

After Hillary’s collapse on 9/11, it appears many Democrats are finally seeing that Hillary Clinton is unfit to be president of the United States. One Democrat operative said “she hid the fact about her pneumonia from them for three days Friday, Saturday and Sunday,” calling it “uncharted political territory.”

So wait, it took a sickness for them to consider replacing Hillary Clinton, not the emails that will be released shortly by Wikileaks or any of her other criminal actions, habitual lying and scandals?

After almost a month of back and forth episodes, constant coughing, seizures, short circuits, and with the firing of Dr. Drew for saying Hillary isn’t well, the media has tried to cover up Hillary’s health. Now they are saying it’s just pneumonia. Dr. Milton Wolf disagrees, saying pneumonia doesn’t explain the seizures, brain blood clots, neurological deficits, or long-term Coumadin use. Sunday’s medical emergency spawned just the latest changing story on Hillary’s health.

UPDATE: David Shuster, has posted another tweet indicating that a top democrat has said “the nominee status is entirely up to Hillary Clinton and NOT the DNC.”

Top dem: "we can make contingencies, argue, plead with @HillaryClinton, but DNC bylaws are clear her nominee status now totally up to her."

While Hillary likely won’t drop out of the race, if she did die the DNC would replace her. Many have speculated that Joe Biden or Tim Kaine would be the replacement, while longtime political operative Roger Stone has claimed Michelle Obama would be the pick.