VIDEO: What The Media Isn’t Telling You About The Dakota Access Pipeline 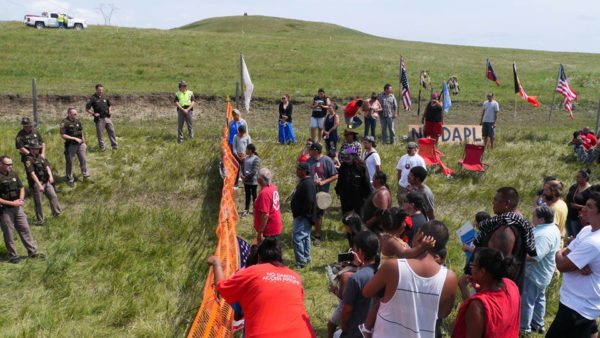 The Dakota Access Pipeline… depending on which media outlets you follow, there’s a good chance you have heard conflicting stories about it recently. Let’s take a look at what is actually going on, and what the media isn’t telling you.

The $3.8 billion pipeline is nothing new. Proposed in 2014, the Dakota Access Pipeline will cover nearly 1,200 miles of ground in four states. It’s purpose is to transport nearly half a million barrels of crude oil each day from hydrofracked sites in North Dakota to an existing pipeline in Illinois.

If you have heard about this pipeline in the media recently, you have probably also heard about the Standing Rock Sioux tribe, and their opposition to the pipeline’s construction. The tribe filed a lawsuit in July against the U.S. Army Corps of Engineers, arguing that the pipeline, which would be placed less than a mile upstream from their land, would cover more than 200 water crossings, and could impact drinking water for over 8,000 tribal members. They are also protesting with the claim that the construction of the pipeline will desecrate ancient burial sites.

Standing Rock Sioux members argued in court documents that the more they looked at the proposed path of the pipeline, the more ancient artifacts and burial sites they discovered. However, the archaeological firms hired by Dakota Access have argued that those sites don’t exist, and the tribe says that this is because the landmarks were not previously recognized by the federal government.

A federal judge rejected the tribe’s order to stop construction on Friday, but then a joint statement from the Army, the Justice Department and the Interior department, announced that they would temporarily halt construction near a lake that is seen as a major water source for the tribe.

So, if this conflict has been ongoing for months, why are you just now hearing about it in the mainstream media?

Well, last week, video was released showing Native American protestors being assaulted by attack dogs and pepper spray, as they faced off against private security guards. Images from the aftermath of the attack painted a gruesome picture of injured protestors that included women and a child.

This can be chalked up to fact that when it comes to mainstream media television, “if it bleeds, it leads,” and you don’t see nearly as much TV coverage of the peaceful protests as you do of the violent ones.

Now, other alternative media outlets have noted that there is also footage from a different angle of the incident, which shows protestors provoking the attack dogs by hitting them with sticks. While they use this footage to paint all of the protestors as vandals and social justice warriors who are against the pipeline because of what it might do to the climate, it’s important to note that the actions of a few of the protestors don’t define the actions of the whole.

When it comes to topics like this one, it is no surprise that different media outlets would frame it in different ways to fit existing narrative. Another problem lies in the fact that media access to the protests is limited, and journalists who do cover it from the scene are facing backlash.

One week after she reported on this story and showed footage of the clash between protestors and security guards in North Dakota, Democracy Now! host and executive producer Amy Goodman is facing an arrest warrant for the misdemeanor offense of criminal trespassing.

It’s important to note that this protest is not limited to a few individuals who would hurt animals, and it’s not just about the Standing Rock Sioux tribe. There are over 200 Native American tribes protesting the construction of the Dakota Access Pipeline at Standing Rock, and it has been called the “largest gathering of Native Americans in more than 100 years.” 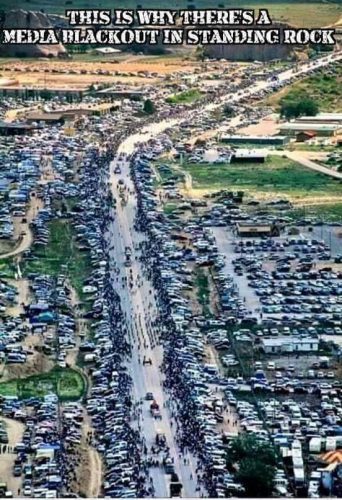 Via Walter Hunt on Facebook: “A caravan of 80 cars and vans from the Eugene area arrived at Standing Rock last week with more on the way, joining the thousands from around the country and members of about 200 hundred American Indian nations. Standing Rock will stand, we must continue to support and supply this group as they occupy this location. Please share. Thanks again Sarah Charlesworth.”