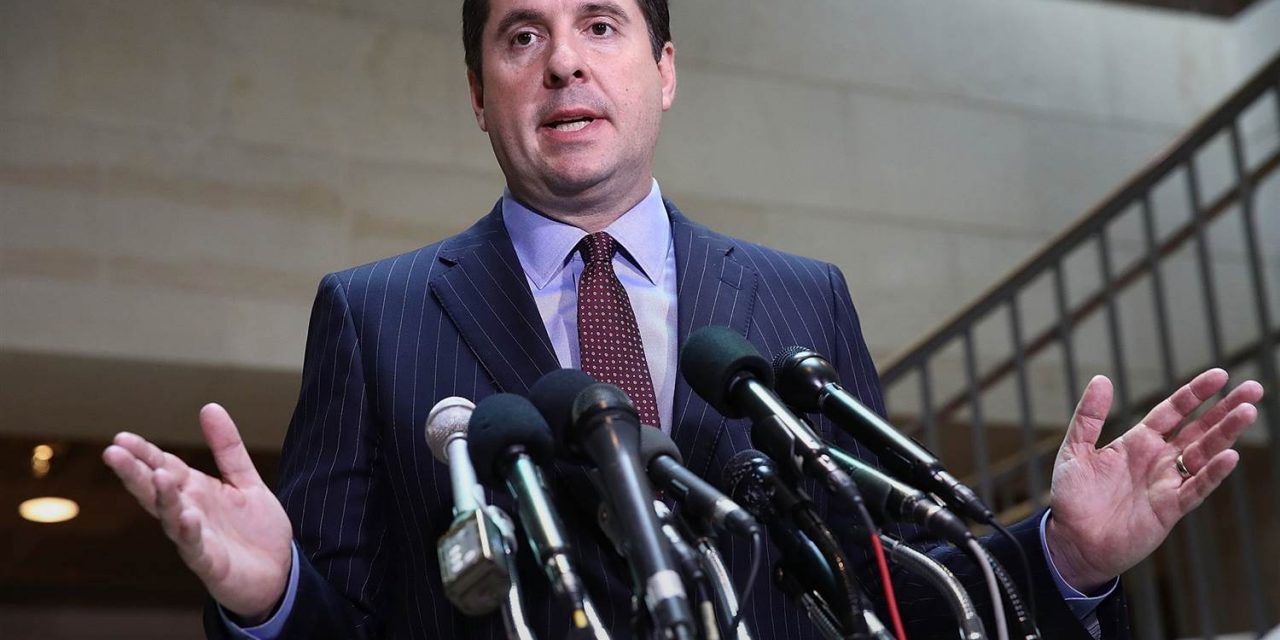 House Rep. Devin Nunes (R) has recently stated that he is no longer going to be involved in the Russian probe investigation which revealed unmasking and surveillance on the Trump administration. He has issued a statement on the matter to the media:

“Several leftwing activist groups have filed accusations against me with the Office of Congressional Ethics. The charges are entirely false and politically motivated, and are being leveled just as the American people are beginning to learn the truth about the improper unmasking of the identities of U.S. citizens and other abuses of power. Despite the baselessness of the charges, I believe it is in the best interests of the House Intelligence Committee and the Congress for me to have Representative Mike Conaway, with assistance from Representatives Trey Gowdy and Tom Rooney, temporarily take charge of the Committee’s Russia investigation while the House Ethics Committee looks into this matter. I will continue to fulfill all my other responsibilities as Committee Chairman, and I am requesting to speak to the Ethics Committee at the earliest possible opportunity in order to expedite the dismissal of these false claims.”

These “false claims” that Nunes is talking about is the question of whether or not he disclosed classified information to the public. On March 22, Nunes claimed that Trump and his associates were “incidentally” swept up by domestic intelligence communities, surveilled, and then unmasked in the corresponding documents picked up by intelligence communities. He then went on to brief President Trump on his findings. Trump followed up by saying he was “somewhat” vindicated by Nunes’ briefing.

Now, it looks like we won’t see Devin Nunes’ name on the headlines talking about this topic anymore, as it seems he wants to disassociate himself with this discussion. As a member of the House of Representatives, surely this isn’t his first time being attacked by leftist groups, so why give up now?

Speaker of the House Paul Ryan has responded to this news by issuing a statement of his own:

“Devin Nunes has earned my trust over many years for his integrity and dedication to the critical work that the intelligence community does to keep America safe. He continues to have that trust, and I know he is eager to demonstrate to the Ethics Committee that he has followed all proper guidelines and laws. In the meantime, it is clear that this process would be a distraction for the House Intelligence Committee’s investigation into Russian interference in our election. Chairman Nunes has offered to step aside as the lead Republican on this probe, and I fully support this decision. Chairman Mike Conaway, a senior member of the Committee, will now lead this investigation in the House. I am confident that he will oversee a professional investigation into Russia’s actions and follow the facts wherever they lead.”

For more in Nunes’ original claims in the investigation, watch the below video: