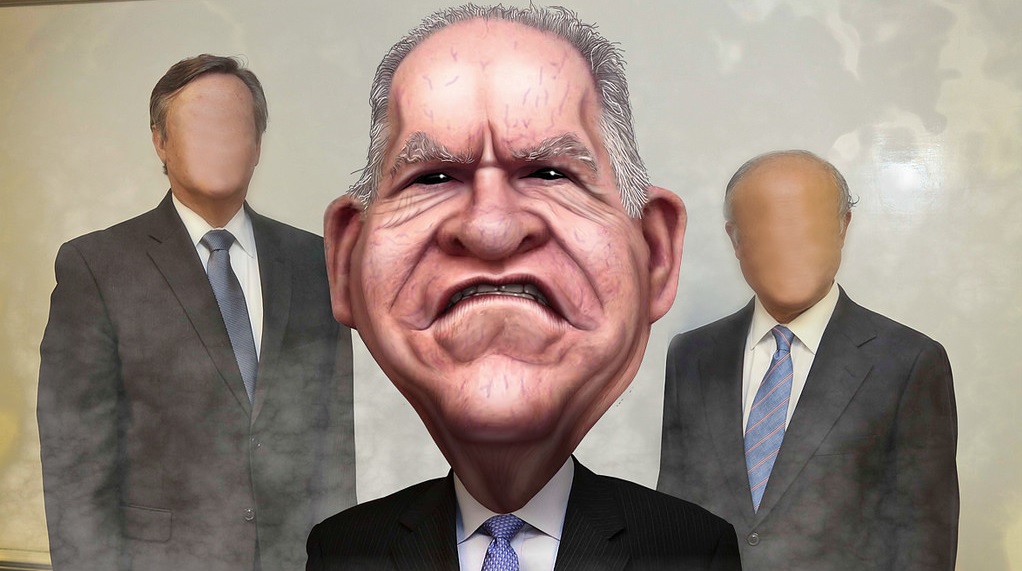 GotNews has reported that Fox News’ Sean Hannity and Blackwater founder, Erik Prince were spied on and unmasked by the Obama administration’s own John Brennan.

The surveillance took place between Trump’s election on November 8 and the inauguration in January, according to White House and House intelligence sources.

The focus was on General Mike Flynn, billionaire Erik Prince, and Fox News host Sean Hannity — all of whom had close ties to Trump before and after the November election and had helped the future president with managing his new diplomatic responsibilities.

Hannity was targeted because of his perceived ties to Julian Assange, say our intelligence sources. Hannity was reportedly unmasked by Susan Rice at Brennan’s behest thanks to his close relationship with Trump and Julian Assange.

Blackwater founder Erik Prince, a former CIA covert asset, has long criticized the CIA’s bloat and incompetence, including the Brennan-run CIA drone program’s failure to properly target terrorists rather than Afghan civilians. Prince has repeatedly called for restructuring the CIA and argued against Brennan’s tenure.

GotNews’ Chuck Johnson went on to explain the feuding history of Brennan and General Flynn.

The motivations for Brennan’s dislike of Flynn date back years. The two had publicly feuded during Flynn’s time as Director of the Defense Intelligence Agency (DIA). Flynn was producing intel documents that showed how the supposed Syrian moderates were actually assets of Saudi Arabia and Qatar.

Brennan also brought in disgraced Syria analyst Elizabeth O’Bagy to brief the CIA. O’Bagy was outed by this reporter for manufacturing her credentials and for being paid by the Syrian rebels. O’Bagy worked for the defense industry funded Institute for the Study of War, a neocon think tank headed by the Kagans, a controversial family which advised David Petraeus. Petraeus was brought down. Intel sources I’ve spoken to believe Brennan was behind his ousting.

Former CIA agent John Kiriakou discussed John Brennan’s “deep-seated hatred of Trump” and decision to make “Russian intervention… the hammer he is going to hit Trump with.” “Flynn has been screwed by the agency in the past and Flynn has had a difficult personal relationship with Brennan,” Kiriakou said in January. “Even though Brennan is gone, the CIA is still being run by Brennan’s people.” Both Flynn and Trump called for reorganizing the CIA–a direct threat to Brennan’s remaking of the CIA.

Going further than the spying on Trump supporters by the former CIA director, a CIA whistleblower has alleged that Brennan also spied on Supreme Court Justices, government employees, judges, businessmen and more.

Then there is the prior spying on the Senate when the CIA got caught not only surveilling Senators, but they hacked into Senate computers when the Senate Intelligence Committee was preparing its damning report on the C.I.A.’s detention and interrogation program.

“As far as the allegations of, you know, CIA hacking into, you know, Senate computers, nothing could be further from the truth. I mean we wouldn’t do that. I mean, that’s just beyond the – you know, the scope of reason in terms of what we would do,” Brennan said.

“If I did something wrong,” Brennan continued in March, “I will go to the president, and I will explain to him exactly what I did, and what the findings were. And he is the one who can ask me to stay or to go.”

If Brennan is found to be guilty of surveilling people connected to Trump domestically and surveilling judges, Supreme Court Justices, government employees and businessmen he may have a whole lot of other problems coming his way.