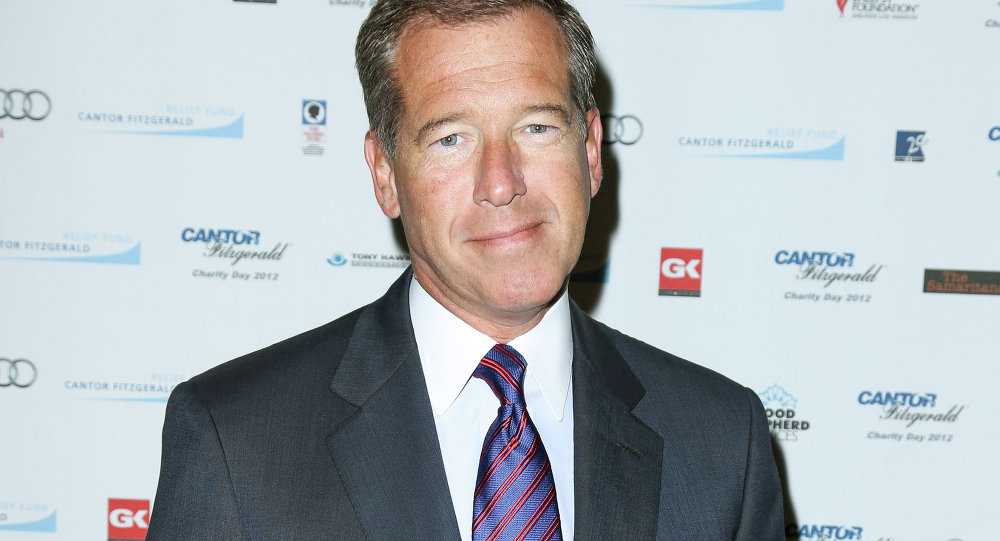 (SPUTNIK) — Disgraced MSNBC anchor Brian Williams, who was demoted by NBC in 2015 for lying and reporting fake news, is now warning viewers against the “growing and booming business of creating fake news.”

Williams made global headlines last year after he lied by claiming that he had survived a 2003 helicopter attack in Iraq. He was suspended for six months, without pay, and upon his return was demoted from hosting “Nightly News” to becoming a late-night anchor for the MSNBC.

There were also questions about Williams’ coverage of Hurricane Katrina, after he claimed that he could see bodies floating in the water from his hotel in the French Quarter, an area that saw minimal flooding. “Lately there’s been a lot of coverage in the real news about the growing and booming business of creating fake news,” Williams said on MSNBC. Williams then began throwing stones from inside his glass house, by accusing the Donald Trump transition team of spreading “fake news,” following the election. “Fake news played a role in this election and continues to find a wide audience,” Williams warned. He then directed his newfound, and apparently hypocritical, concern toward Trump’s incoming national security adviser, Lt. Gen. Michael Flynn, and his son. “Flynn’s son was fired by the Trump transition team today for passing on fake news stories via Twitter,” Williams said. “But his dad, the retired Army three-star general, has passed on some gems himself.”