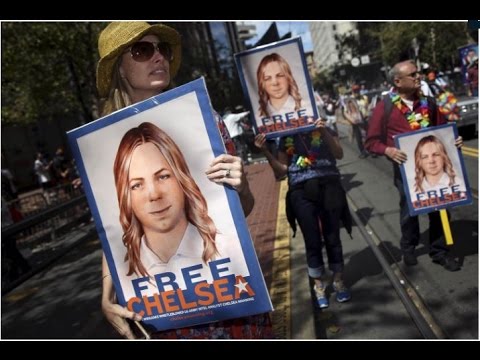 There is an important decision President Obama may make in the coming days that could reverse some of the damage he has done—Chelsea Manning is officially on the “shortlist” of the persons who could have their sentences commuted by Obama before he leaves office.

One thing to remember is that having a sentence commuted is not the same as having it fully pardoned. It would mean lessening the charges against Manning and lessening the prison sentence she is serving.

Manning, a former Army intelligence analyst, is currently serving a 35-year sentence for leaking classified material. She has been in prison since 2010 after releasing 700,000 military files and diplomatic cables to WikiLeaks.

What did those military files include? Proof of torture, abuse, American soldiers laughing as they killed innocent civilians, graphic video of attack helicopters killing civilians, and much more that resulted in huge geopolitical repercussions on the U.S.

It is important to note that the people Manning exposed for torturing and murdering civilians received a lesser sentence than she did.

For example, Sgt. Santos Cardona was accused of “using his animal to threaten detainees at Abu Ghraib prison,” and was “found guilty of two of five counts against him, including aggravated assault and dereliction of duty,” and as a result, he was sentenced to “90 days hard labor, a reduction of rank, and must forfeit $600 of pay per month for a year.”

Already, Manning has attempted suicide twice while in prison. She also went on a hunger strike over her treatment and the UN torture chief even ruled that Manning’s treatment in jail is cruel and inhumane.

As we know, Obama has used the Espionage Act more than all previous presidents combined in order to persecute whistleblowers and journalists, and he has gone after anyone who has attempted to expose what the U.S. government is doing in secret. The question remains as to whether he will have any grace for Chelsea Manning before it is too late.

Mr. President, if you grant only one act of clemency as you exit the White House, please: free Chelsea Manning. You alone can save her life.