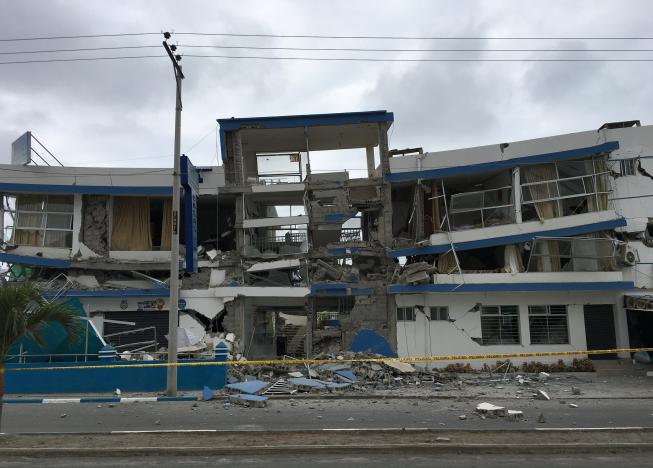 The quake was recorded off the coast of Atacames in Esmeraldas province, northwest of Quito, the capital. The quake was followed by 15 lesser-magnitude aftershocks.

President Rafael Correa was meeting with local officials in the area, which earlier this year was devastated by a 7.8-magnitude quake that killed about 670 people, displaced thousands and caused millions of dollars in damage.

“We regret that a 75-year-old woman suffered a heart attack because of the quake,” National Risk Management Secretary Susana Duenas told local radio. There were no immediate details on the second person killed.

The Esmeraldas refinery, which has a 110,000-barrel-per-day capacity, was halted as precautionary measure according to Reuters.

Pedro Merizalde, head of state oil company Petroecuador, said refinery infrastructure would be checked over and that the stoppage would last about two days.

Authorities said three hotels in the area, a popular tourist destination, were destroyed, and other buildings sustained substantial damage.