The Eco-village of « La Baie » From Straw to Resilience 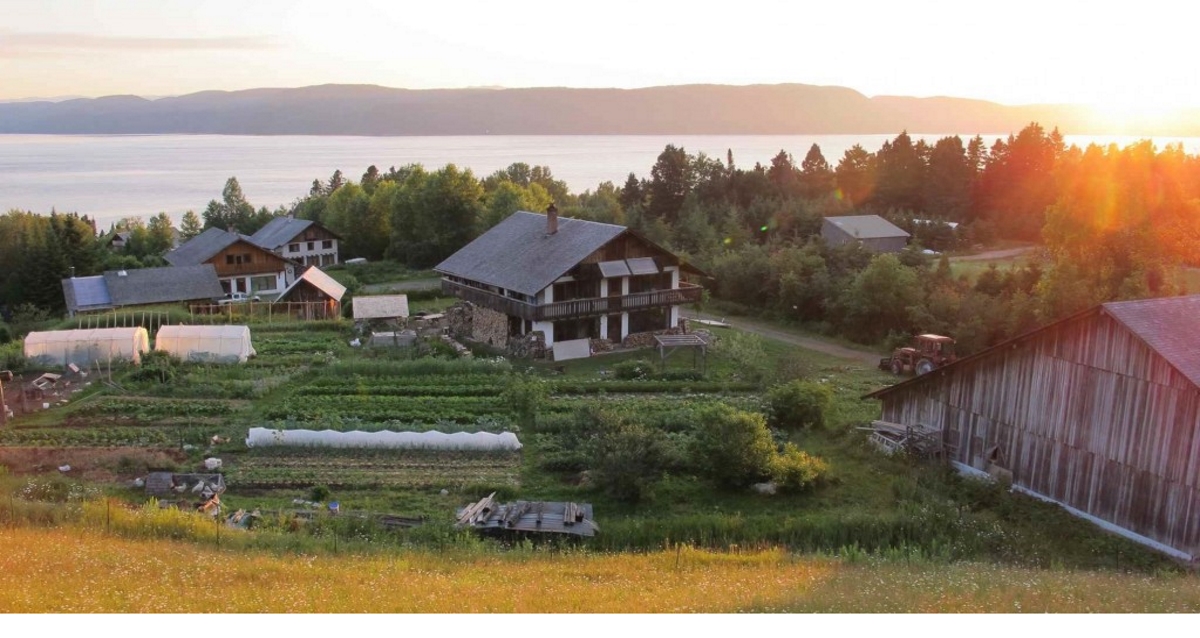 After 9 months in Asia we are carrying on our investigation in Canada. Change of climate, culture and scale… there are woods stretching as far as we can see and distances are also stretching out. The roads in perfect condition and empty… What a difference with Asia! Landing in North America is also an experience of disrupting town planning, driving through towns, on a horizontal level. In the residential districts, the new houses look like the ones in a catalog : perfect facades, aseptic lawns, garages and big cars. Here there is space and people living on credit ! Muko’s remark – a militant involved in the conservation of troglodyte houses in Capadoccia, whom we met in Turkey – comes back to us « For me, today’s standardized houses are a limit to imagination… I think it is more difficult to design another world when living in such a formatted, even sterilized, environment.»

But North America remains the land where everything is possible ! The continent hosts so many pioneers who are looking for other living ways. We are out to meet some of them in Quebec. Starting with the inhabitants of the eco-village of « la Baie », who invented a straw building technique which is heard of in Europe event and beyond, too: the GREB technique. Behind those initials there is the « Bay Ecological Research Group » which, for 25 years now, has been experimenting a post-petrol way of life ! 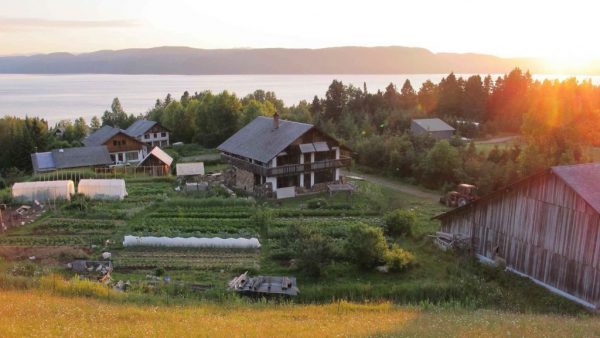 To reach the small eco-village, we are driving along the magnificent Saguenay fjord which flows into the St Laurent river before climbing up the small path to the ‘tiny village’. Pierre and Marie-Thérèse, who have been leading the projects since its beginnings, welcome us in their cosy straw house.

Pierre tells us that it all started : « In 1972, The Club of Rome stressed the limits of our society based on an infinite growth in a world with finite resources. I was not known whether the resources would die out in 20 or 300 years… But it was totally unacceptable for us to have built a non-viable system over the long term, relying moreover on the exploitation of the countries lying in the south. It was our duty to find solutions to build a different world.»

This is the philosophy which, a few years earlier, pushed them into travelling to the USA, the Middle East, Europe and India to visit the ecological projects. Pierre remembers « Indeed we toyed with the idea of settling in communities in the south of France. But I could not stand the idea that one day I would be told « t is all very well to build an ecological house there… but in Quebec, temperatures go down below 30° in winter and dreaming of other ways of life, is a luxury which is just not imaginable here !».

With a taste for challenges, Pierre and Marie-Thé return to Quebec in 1988. Together with five other families, they purchase a piece of land of several hectares and decide to create an eco-village on waste agricultural and wooden lands. A key stage, prior to settling down, it was necessary to analyse the resources available and to observe the territory, so as to consider the possibilities and limits of this eco-system. So for most inhabitants, building with straw balls and a wooden framework proved to be the most relevant choice !

Beyond the construction, the project was also to meet other fundamental needs such as finding food, or getting energy. From the very beginning, the eco-village of « la Baie » is much more than a simple ecological district or a self-sufficient community. Pierre says : « Our intention was not to be survivors, quite the opposite. We did not want to save ourselves from such a catastrophe. We wanted to create a life laboratory and the successes and failures of that life laboratory would be made public. That is why at the same time at the eco-village, we founded the GREB, the Bay ecological Research Group. »

And year after year, some inhabitants left (Pierre and Marie-Thérèse are the only founders left) and others have arrived, attracted by the project. It is the case, for instance of Patrick Déry, who decided to settle here with his wife in 1994. Jokingly he remembers « as far as I am concerned, I would never have come in a community of pals. I was convinced by the idea of participating in the development of a broad scale viable society project.» A teacher-researcher, Patrick heads a research centre on renewable energies, and from time to time he offers his students to come and experiment on the village land. A tireless researcher, he also performs all sorts of studies on agriculture through the experimental farm he has set up. But the GREB became famous through another of his researches.

But the GREB became famous through another of his researches…

The invention of an efficient straw building technique

Using straw to build ? Despite prejudices which are still going strong, the idea is gradually becoming accepted.

It is quite cheap, there is plenty of straw everywhere, it has very good thermal and sound insulation qualities as well as many other properties – this is why straw is used more and more by the self-builders and some professionals, too. But in 1996, when Patrick Déry and martin Simard build one of the first straw houses in the village, the slow process leads them to find another more efficient technique. Then they come up with the idea of erecting a wooden double framework, compress the straw balls inside, and pour mortar with a formwork. After several attempts, the better adapted mortar finally consists in 3 volumes of sand, 4 volumes of sawdust, 1 volume of air lime and 1 volume of cement. The GREB technique was born !

Which are the advantages of this technique compared to other straw buildings ?

It is fast and simple (it may easily be chosen by self-builders) and so the costs are considerably lower. For instance, one of the houses of the small village, some 150m2, was built in 9 months and 3 weeks of that time were necessary to fill the framework with the straw balls. Its total cost amounted to euro 100,000.