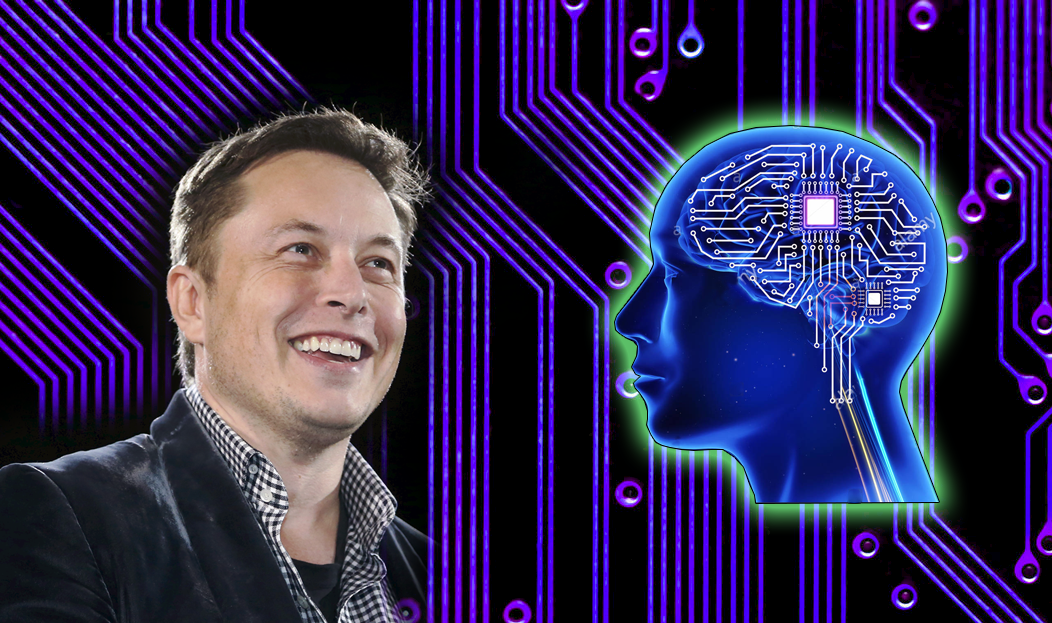 Solar energy and exploring space isn’t enough for Elon Musk – he now wants to implant electrodes in your brain so you can download and upload information like a computer to merge with software and keep up the pace with artificial intelligence.

Musk’s new company project “Neuralink” is designing a cranial computer interface or neural lace, although it’s unclear what types of product the company will develop.

The Wall Street Journal speculated that the first products could be advanced implants to treat intractable brain disorders like epilepsy or major depression.

Electrode arrays and other implants are already being used to help the effects of Parkinson’s, epilepsy, and other neurodegenerative diseases – but only rarely, due in part to the dangerous nature of brain surgery.

Musk has teased on Twitter about the development for months of the technology, “Making progress on neural lace,” he tweeted last August. Musk tweeted in Jaunuary, “maybe something to announce in a few months,” and further confirmed the existence of the development of the technology Tuesday, tweeting out “Long Neuralink piece coming out on @waitbutwhy in about a week. Difficult to dedicate the time, but existential risk is too high not to.”

Neuralink was registered in California as a “medical research” company last July according to the WSJ.

Making progress. Maybe something to announce in a few months. Have played all prior Deus Ex. Not this one yet.

Long Neuralink piece coming out on @waitbutwhy in about a week. Difficult to dedicate the time, but existential risk is too high not to.

Musk has previously criticized humans at a conference in Dubai. He expressed that artificial intelligence would surpass human beings and that we would be irrelevant if we didn’t merge with machines.

“Your output level is so low, particularly on a phone, your two thumbs just tapping away,” he added. “This is ridiculously slow. Our input is much better because we have a high bandwidth visual interface into the brain. Our eyes take in a lot of data.

It’s not the first time that Musk warned about the dangers of A.I., previously describing it as potentially the greatest threat to the existence of human life and comparing intelligent machines to summoning a demon.

“You know those stories where there’s the guy with the pentagram, and the holy water, and he’s like Yeah, he’s sure he can control the demon? Doesn’t work out,” Musk said at a symposium in October 2014.

The science may seem a bit science-fiction, but Stanford University has already successfully created a brain-computer interface (BCI), BrainGate, and early BCI tech allows people with paralysis to type messages on a computer by picking out letters on a screen, Arstechnica reported.

Musk isn’t the only one investing in the neurological science, the Defense Advanced Research Projects Agency (DARPA) is investing $60 million over four years to develop implantable neural interface technology.

“Today’s best brain-computer interface systems are like two supercomputers trying to talk to each other using an old 300-baud modem,” said Phillip Alvelda, the NESD program manager. “Imagine what will become possible when we upgrade our tools to really open the channel between the human brain and modern electronics.”

The technology isn’t that far away from becoming a reality, although there are hurdles to pass like finding out what controls brain functions such as going to the bathroom vs. eating food.

In comments published by Vanity Fair on Sunday, Musk said “for a meaningful partial-brain interface, I think we’re roughly four or five years away.”