The Pentagon Has A Serious Problem – Losing Trillions Of Dollars 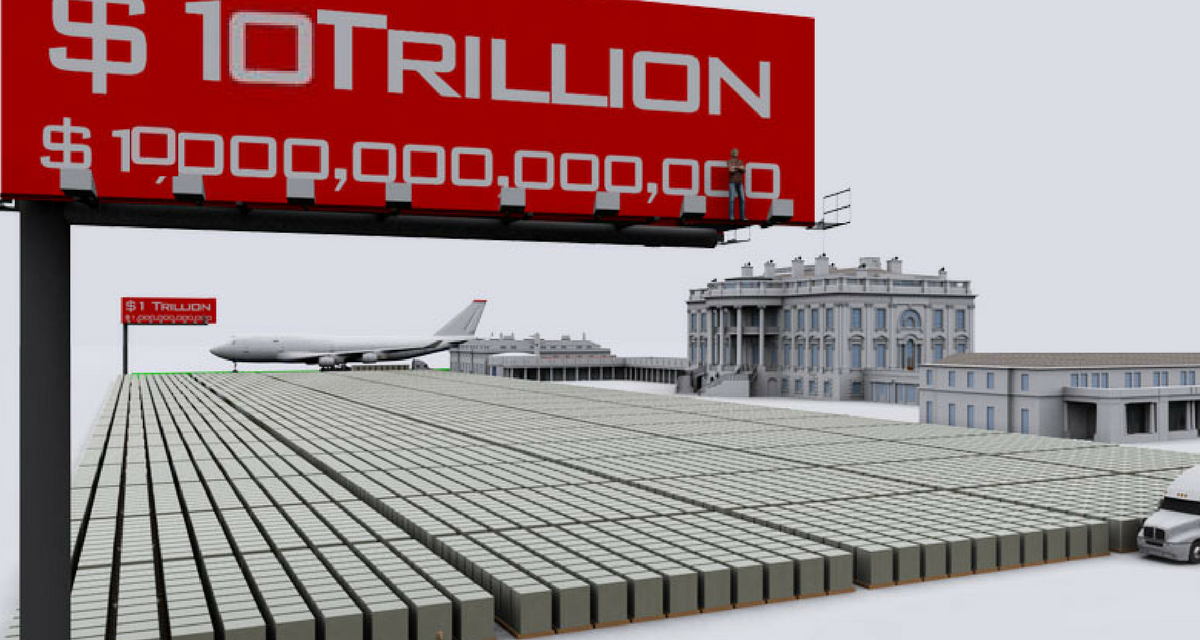 The Pentagon lost track of more than $10 trillion dollars over the past two decades. No one, not even the Department of Defense, really knows what it was spent on, or where the money went.

Although it’s required to by law, the DoD has never had an audit, something every American person, every company and every other government agency is subject to. The result is an astounding $10tn in taxpayer money that has gone unaccounted for since 1996.

“Over the last 20 years, the Pentagon has broken every promise to Congress about when an audit would be completed,” the director of the Audit the Pentagon coalition, Rafael DeGennaro, told the Guardian. “Meanwhile, Congress has more than doubled the Pentagon’s budget.”

Legislation in the early 1990s demanded that all government agencies had annual audits, but the Pentagon has exempted itself without consequence for 20 years now, telling the Government Accountability Office (GAO) that collecting and organizing the required information for a full audit is too costly and time-consuming.

In the meantime, the GAO and Office of the Inspector General (IG) have published an endless stream of reports documenting financial mismanagement: $500m in aid to Yemen lost here, $5.8bn in supplies lost there, $8,000 spent on helicopter gears that really cost $500.

How did the Pentagon manage to accumulate a missing total of $10 trillion dollars in military spending?

In 2001, the day before 9/11, Donald Rumsfeld announced that the Defense Department was unable to track $2.3 trillion in transactions.

The investigation into the missing money was shelved immediately the next day, the Pentagon was attacked and conveniently, the accounting offices were the target of the terrorist attack.

So, there’s $2.3 trillion dollars missing, where do the trillions of other dollars that are unaccounted for come into play?

Thanks to a Reuters investigation in 2013 by Scot Paltrow, we have that answer. Apparently, the Pentagon used $8.5 trillion of our tax money handed over by Congress since 1996—but has no idea what they did with the money. It’s unknown if the $2.3 trillion Rumsfeld announced is included in the Reuters total of $8.5 trillion missing.

[RELATED: The Pentagon Doesn’t Know What it Spent 8.5 Trillion Dollars on]

Audits of all federal agencies were mandated by law beginning in 1996. However, the Pentagon has never complied nor have they had an audit. In almost 20 years, the Pentagon has never accounted for the trillions it has spent. In part because “plugging”—fudging the numbers—is standard operating procedure according to a former Defense Finance and Accounting Service employee, Linda Woodford.

“A lot of times there were issues of numbers being inaccurate. We didn’t have the detail for a lot of it,” Woodford said.

Then last year, the Department of Defense Inspector General released a report. This report revealed the Pentagon couldn’t account for an additional $6.5 trillion dollars worth of Army general fund transactions and data, according to the Fiscal Times.

The report by the Fiscal Times stated:

“An increasingly impatient Congress has demanded that the Army achieve “audit readiness” for the first time by Sept. 30, 2017, so that lawmakers can get a better handle on military spending. But Pentagon watchdogs think that may be mission impossible, and for good reason…

The Defense Finance and Accounting Service (DFAS), the behemoth Indianapolis-based agency that provides finance and accounting services for the Pentagon’s civilian and military members, could not provide adequate documentation for $6.5 trillion worth of year-end adjustments to Army general fund transactions and data.

The DFAS has the sole responsibility for paying all DOD military and personnel, retirees and annuitants, along with Pentagon contractors and vendors. The agency is also in charge of electronic government initiatives, including within the Executive Office of the President, the Department of Energy and the Departing of Veterans Affairs.”

“I don’t think they’re lying and cheating and stealing necessarily, but it’s not the right thing to do,” Pentagon Comptroller Robert Hale said. “We’ve got to fix the processes, so we don’t have to do that.”

While the Department of Defense spent over $10 trillion dollars on war, secret black projects and advancing more destructive technology, women and children in the U.S. starved and went homeless.

In 2015, 43.1 million people in the United States lived in poverty. That means the poverty rate for 2015 was 13.5%. The 2015 poverty rate was 1.0 percentage point higher than in 2007, the year before the 2008 recession. This is the first year in five years the number of people in poverty has decreased from the previous year’s poverty estimates.

The Department Of Defense isn’t the only U.S. agency that needs to be audited. The Federal Reserve and the U.S. central banks also need to have their books opened. The Fed has lost money than the DoD in one year then all of the last two decades combined.

Share this article if you agree that we require more government accountability.