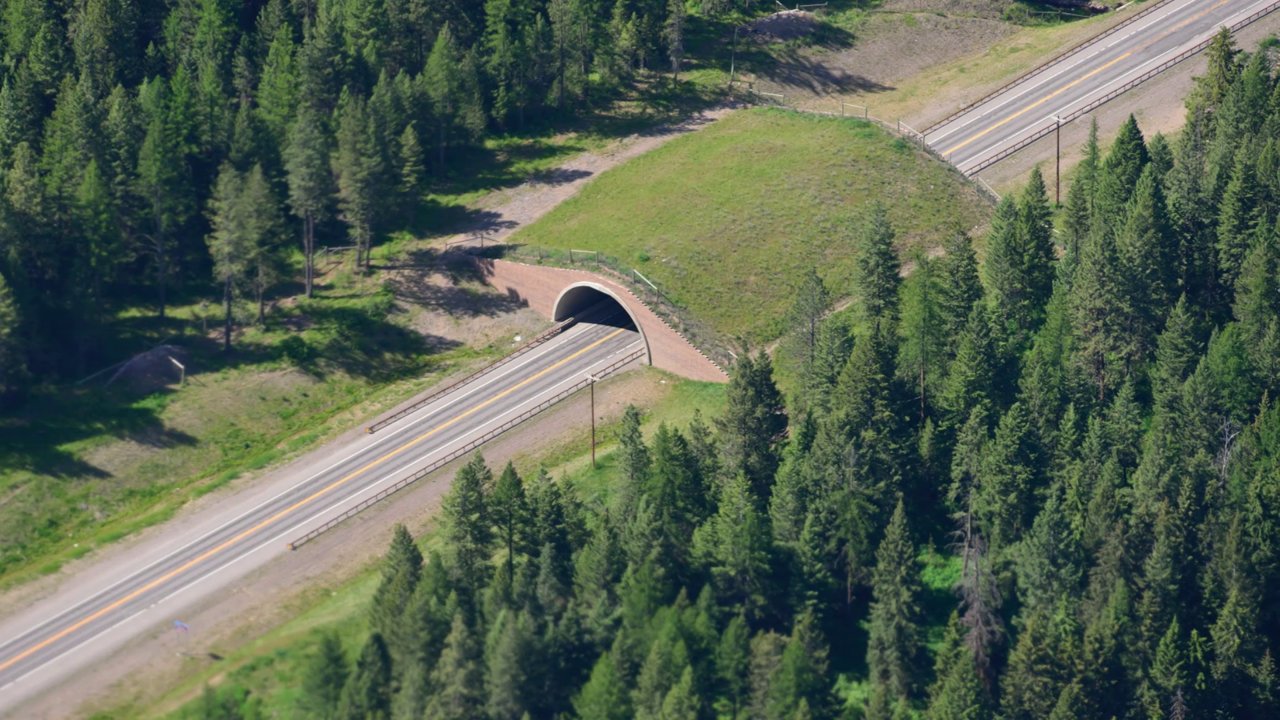 When the Montana Department of Transportation approached the Confederated Salish and Kootenai Tribes about widening the portion of U.S. Highway 93 that bisects the Flathead Indian Reservation, the tribes resisted. They first wanted assurances that any highway expansion would address the spirit that defines this region of prime wildlife habitat and natural wonders. The primary goal for the tribes was to mitigate the impact of the road on wildlife.

While people view highways as a means of getting from one place to another, to wildlife they are just the opposite: a barrier. Highways turn contiguous habitat into haphazardly fragmented islands where animals must either find their way across, or learn to feed, roam, and reproduce in an increasingly limited area. Four grizzlies were killed in traffic collisions between 1998 and 2010 on the Flathead reservation section of highway. Thousands of deer and western painted turtles also perished, along with countless other animals, including mountain lions, wolves, and moose.

Collaboration between the tribes and highway engineers, with help from Montana State University and Defenders of Wildlife, led to the creation of the most progressive and extensive wildlife-oriented road design program in the country. The 56-mile segment of Highway 93 now contains 41 fish and wildlife underpasses and overpasses, as well as other protective measures to avoid fatalities. As creatures become accustomed to the crossings, usage is increasing—at last count, the number was in the tens of thousands. Motion cameras have captured does teaching their young to run back and forth through the crossings, much like human mothers teach their children to safely cross a street.

Wildlife crossing structures are such a smart idea that it’s difficult to understand why they’re still a rarity in this country. But by insisting on rebuilding highway infrastructure to address the needs of wildlife, the Salish and Kootenai tribes have led the way toward a greater sensitivity to fragmented habitats. Highway departments around the country are now studying their example.