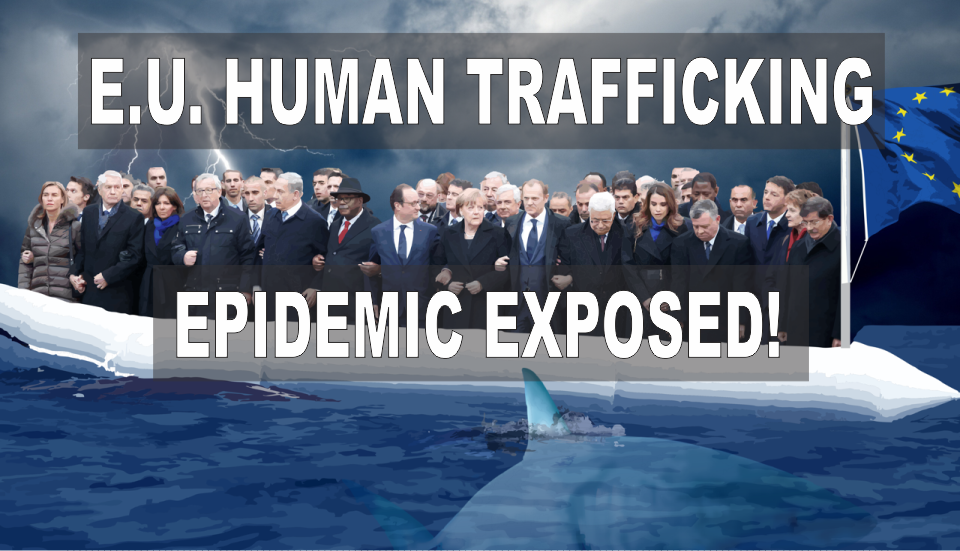 Luke Rudkowski of WeAreChange reports from Sicily, Italy which is currently the gateway of the refugee crisis. This is mainly due to Italy’s proximity to Libya where they see a lot of NGO boats rescuing refugees and migrants. They are bringing them from the coast of Libya to Italy, and there are some unintended consequences to all of this since there has been a mass migration. 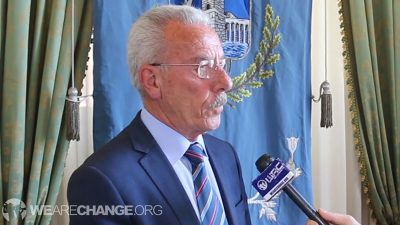 In this video, we talk to the Mayor of Pozzallo Sicily and an economic migrant that came all the way from Nigeria. 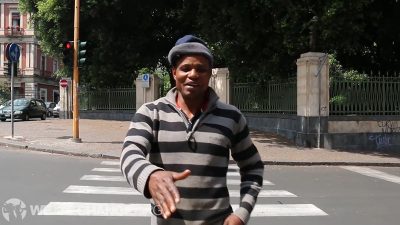 Luke: Can you tell us where you came from and your journey?

Refugee: I came from Nigeria when I left, I traveled to Niger, from there I went to Libya. I spent three weeks in the desert. When I arrived in Libya, I found that it was very bad, lots of innocent people being killed. They would kill innocent people either with guns or swords. They do whatever they want to do. I wanted to visit Europe that is why I left Nigeria.

When I went to Libya, I regret my life; I was arrested and put in prison for about three months. My family sent money $800 Euro’s so I could cross the sea.

Luke: It was 2’oclock in the morning, what kind of boat did they put you on?

Refugee: The boat was very bad, very bad, it was loaded, lots of refugees. In the Mediterranean Sea, we met a rescue boat. I was very happy, everyone was happy. They rescued us successfully, all of us. 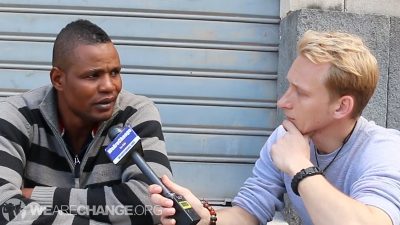 Luke: Where did the rescue boat pick you up?

Luke: Who was doing the killings in Libya?

Refugee: It is the Libyan men, people, they are doing it because of money. If they ask for money and they don’t get it from you, they will kill you. If they don’t kill you, they will put you in a cell. Have a lot of Senegal men and women, Ghana women, Muslims in prison. 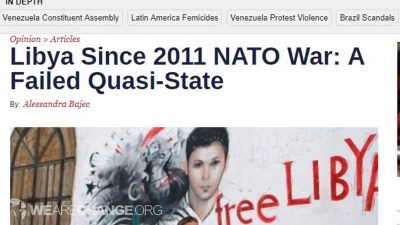 Luke: Do the Libyan’s have guns?

Refugee: Yes, women and children lots of bad things happen to them. Libya is so very bad. 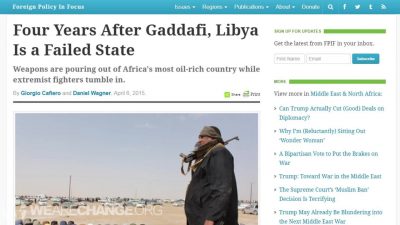 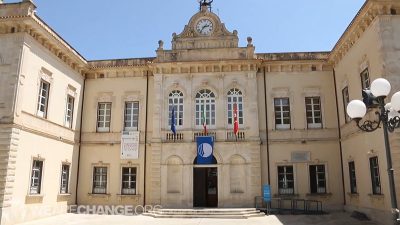 Luke then spoke with Luigi Ammatuna, Mayor of the town of Pozzallo, Sicily about the refugee crisis. 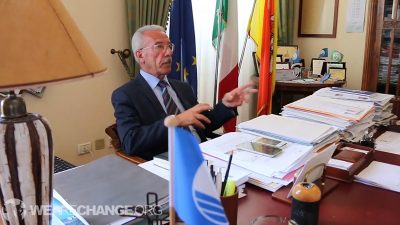 Mayor Ammatuna: (Translator) He is Mayor for a couple more years, then he plans on retiring, his main focus has been on this ‘door to Europe’ because of the Migrant crisis.

Luke: How are the NGO’s operating here and what effect does it have on Sicily? 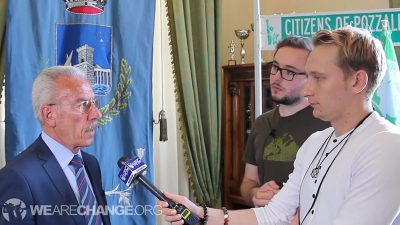 Luke: Does he see any valuable solutions or actions that he can take?

Mayor: I have taken part in different meetings where he had the chance to express his opinion. He thinks we should help them where they live, in North Africa. Try to find solutions there. Also, try not to let them leave their countries so that things do not become a slave trade. We need to create places where we can recognize them, decide and see who can stay and who cannot.

Luke: With immigration not ending where does he see things going in the future?

Mayor: He thinks thousand and thousands of people will come, and this is a problem, but in his opinion, Italy should go to Libya and try to help the situation there, in order to speak with local governments and local chiefs, to stop this migrant issue.

From everything that the Mayor said, there is one thing that has to be put in context. It’s the fact that the E.U., Nato and the United States bombed the hell out of Libya, destroying it in the name of democracy. They financed radical Islamic terrorists and turned it into the lawless, despotic, failed state that it is now. That is allowing the human trafficking to continue.

The NGO boats that come to the coast of Libya and pick them up are making the situation worse, mainly because they are unknowingly financing and sustaining the human traffic operations in Libya, even incentivising it. They are creating a situation where human smugglers send these refugees on boats that they know will not make it from Libya to the coast of Italy. They do this because they know the NGO boats are waiting for them.

Even though the solutions to this are very murky and unclear, the problem is not left or right but the bottom and up. If you look at the actions of the European Union, NATO and the United States, you see that they have created the situation in Libya. With Europe now incentivising mass immigration, even using taxpayer dollars to make videos to get migrants to come into Europe. The situation and the problems were ultimately created by the state.

If you agree, please share this video. Thank you again so much for watching. Subscribe and stay tuned we’re going to have a lot more reports from all over the world coming here your way on youtube.com/wearechange and I want to thank everyone from the bottom of my heart for donating on wearechange.com.

If it wasn’t for you donating and allowing me to crash at people’s houses and hit you up for rides and do everything that I’m doing, for the lowest amount of money that I can. I would not be able to be here if it wasn’t for your support, so thank you again for watching and being a part of real independent media.