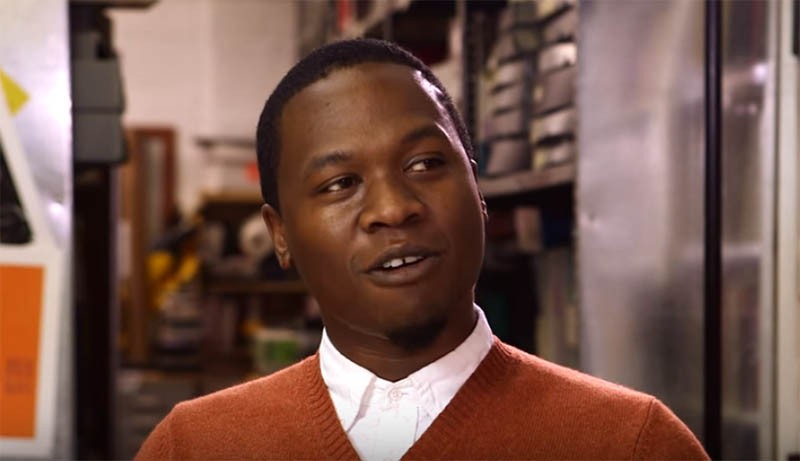 A former Intercept reporter and journalist who was fired for making up details in stories, has been accused of making at least eight threats against Jewish institutions nationwide to harass and vilify his former girlfriend, federal officials said Friday.

Juan Thompson, 31, was arrested in St. Louis on Friday in connection to the threats to Jewish Community Centers, schools, and other institutions which have swept across at least three dozen states since January 9. Thompson is accused of making at least eight of those threats, beginning January 28. He was scheduled to appear in court in Missouri later the same day, and is also facing a charge of cyber-stalking.

Thompson has made quite the explicit tweets on the matter, particularly a pinned tweet accusing his girlfriend of sending him a bomb threat.

But police say it was all a hoax, created to make the woman look guilty. He also made threats in which he identified the woman as the culprit. Among other allegations, he is accused of sending a note to the San Diego JCC that said the woman “hates Jewish people and is the head of a ring and put a bomb in the center to kill as many Jews asap,” authorities said.

University City, Missouri, police Lt. Fredrick Lemons revealed detectives will question Thompson about the 154 headstones toppled last month at a Jewish cemetery in the St. Louis suburb. He refused to comment on Thompson being a suspect.

The Intercept added in a statement: These actions are heinous and should be fully investigated and prosecuted. We have no information about the charges against Thompson other than what is included in the criminal complaint. Thompson worked for The Intercept from November 2014 to January 2016, when he was fired after we discovered that he had fabricated sources and quotes in his articles.

One of Thompson’s initial threats was to the Jewish History Museum, Manhattan, authorities added. He fabricated an email address to make it seem like the victim was sending threats in his name, and then sent messages to Jewish schools across Michigan and Manhattan. The Council on American Islamic Relations also got an anonymous email saying his former girlfriend had put a bomb in a Dallas Jewish Center.

Thompson has a history of racially motivated comments against whites littering his twitter feed, most recently lashing out at the Oscars, claiming “The Oscars & its relation to black art is the perf def of white supremacy.”

Thompson lost his job at the Intercept because of intentionally inserting lies and fake news into his articles, the Intercept adds: he was fired after we discovered that he had fabricated sources and quotes in his articles.