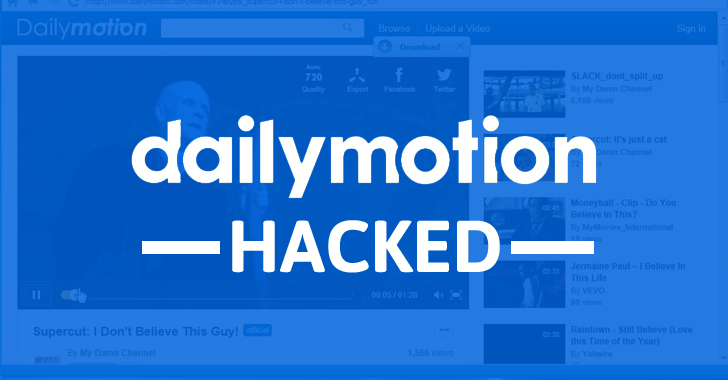 I spoke with @OpDailyMotion, an Anonymous collective account against the video hosting website Dailymotion, which allows users to host videos of cruel animal abuse.

DailyMotion does not remove animal abuse videos even in cases of brutal murdering of animals for “fun” or entertainment.

The Anons behind this operation told We Are Change that Dailymotion has ignored the pressure from concerned citizens on the ground outside of it’s headquarters and online.

When I asked @OpDailyMotion if they were behind the recent Dailymotion breach that exposed 85 million accounts during the first week in December they responded with a resounding, “No.”

They made it clear that this wasn’t a hacking or DDoS targeting operation, and they felt it would hurt Dailymotion more by individually targeting their advertisers and hitting them in the pocket, but noted as Anonymous has no leaders and is decentralized they “can’t control what others choose to do on their own accord.”

The Anons of OpDailyMotion want people to contact Dailymotion’s advertisers and the video upload giant themselves to bring these animal abuse videos to their attention by ringing their phone lines off the hook and emailing their servers until their mailbox is filled with complaints.

Dailymotion is also the website that had several ISIS videos hosted on it’s platform for many months years back in 2014, so much so that the Indian government banned Dailymotion and several other sites for it’s hosting of the terrorists’ content. So it’s no surprise that Dailymotion would allow the hosting of such sick videos as “Guy punishes cat”, “Israeli kills cat with a bottle”, guy/girl microwaves cat, guy/girl lights cat on fire and many other sick and disturbing titles.

Anon is demanding Dailymotion turn these users uploading these videos into the authorities, handing them their personal data such as browser fingerprint, IP addresses and if possible physical location.

The full interview is below. Warning: the links are not safe for anyone (NSFA) and will make you extremely sick to your stomach.

Why are you guys going after Dailymotion?

“They are hosting videos depicting animal abuse that is not only graphic in nature but often with the abusers seen and heard laughing about their actions. We find this abhorrent and inexcusable.”

“About showing zero tolerance to those that profit from animal cruelty and promote their vile actions to earn a buck.”

What types of videos are there?

“They run the gamut from cats burned alive or microwaved to wolves tied down as bait for dogs however we are still reviewing the site’s content and find more.”

Has Dailymotion responded at all to your concerns?

“To date no and they have been contacted by numerous concerned citizens both online and offline. This is very disappointing and seems to be consistent with the lack of compassion they show in what they host on their video site.”

What can people do?

“People can help in two major ways. Ideally it would be great for people to help ID the individuals involved. Often their faces are hidden but it’s always worth a try. Also we would really like to hit Dailymotion in the pocket and that entails pressuring those that advertise and promote on their site to have the content removed.”

Anonymous is famous for its digital sit ins Have there or are there any planned DDOS attacks against Dailymotion was it you who hacked Dailymotion’s user database?

“This is a very great question and while any Anon is free to do as they wish there are no such plans at this time. We feel contacting and intercepting their advertisers will have the desired effect. In short we are going to troll them, those who advertise on their site and their customers. We are going to make it clear Dailymotion endorses animal abuse and those that consort with them do as well. It is in our opinion not a coincidence that Dailymotion recently suffered a massive breach at the time the first video was discovered but no it was not us.”

“At this jucture it is not but #OpFunKill is inspiration and we would welcome their expertise and support.”

Have any of these users been D0xed and exposed for their animal cruelty?

“To date we understand no, and this is due to lack of cooperation of Dailymotion to report to law enforcement and hand over relevant data.. We hope this changes.”

How long do you expect this operation to last?

“We would hope they would cooperate right away as we are working hard to make others aware but as long as it takes. We do not forget. And when it comes to animal torture we don’t see how Dailymotion can justify their vile and violent content. Frankly we feel people will not tolerate it and will speak out and be heard.”

Where can people find updates or further information on the operation?

“We will be working from @OpDailyMotion primarily but welcome all to participate and DM the Op if they wish to get involved more.”