What Is Really Happening With Israel, The U.S. and The UN Resolution 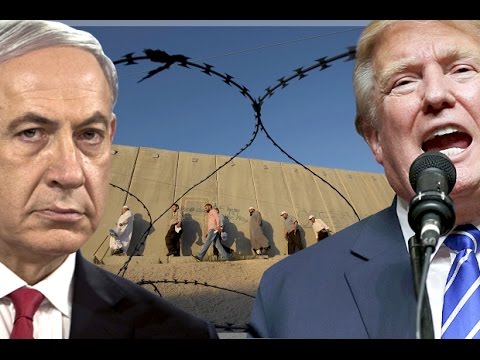 Israel has been in the headlines this week after the United States chose to abstain from voting on United Nations resolution to condemn Israeli settlements in occupied Palestinian territories.

Now, the biggest challenge with covering this story objectively comes from the fact that the majority of the news surrounding it has been convoluted with disinformation, propaganda and emotional manipulation.

Why is the resolution a big deal? Well, up until this point, the Obama administration has vetoed all prior resolutions that were critical of Israel. While the U.S. did not vote in favor of this latest resolution, it allowed it to pass by refusing to vote at all. In the past, the U.S. has, at times, been the only country to veto a resolution that was not in favor of Israel.

How did Israel respond? Israel is now going as far as to say that it has proof that the Obama administration orchestrated the resolution. While a spokesperson for Israeli Prime Minister Benjamin Netanyahu did not specifically say what reason Obama would have for creating such a resolution, he did say that Israel plans to give their alleged “iron-clad information” to the new President Trump after he is inaugurated.

UN Resolution = Declaration of War? Netanyahu reportedly warned New Zealand’s foreign minister that by supporting the resolution, New Zealand was essentially issuing a declaration of war against Israel. Netanyahu is also now saying that as long as he is prime minister, Israel will continue to refuse to recognize Palestinian statehood.

Is Trump on Israel’s side? Oh, yes. The president-elect was quick to criticize both the Obama administration’s lack of a veto on the resolution, and what he referred to as Obama’s “inflammatory statements.” Trump encouraged Israel to “stay strong” and said Inauguration Day on Jan. 20 is “fast approaching.”

What is the key point both sides are ignoring? This resolution is non-binding and has no immediate effects on Israel. It creates things such as GUIDELINES and RECOMMENDATIONS for Israel to follow, but it does not present any serious or immediate consequences if those suggestions are not followed.

Is President Obama against Israel now? Nope. Not even close. Just three months ago, Obama signed off on the largest military assistance deal in U.S. history, which will give Israel $38 BILLION over the next 10 years. This serves as a reminder that not only does Obama support Israel, but he supports the country more than any other president has in U.S. History.

How is the U.S. responding to criticism over the resolution? Secretary of State John Kerry gave a speech on Wednesday where he laid out a six-point plan for the future of Israeli and Palestinian relations that included the end of Israeli occupation on Palestinian territory and a two-state solution based on the 1967 borders.

Why is there so much division? This is a situation in which it is incredibly easy to be emotionally manipulated when looking at either side, and as a result many people have become hardened based on where their loyalties lie.

What are your thoughts on this issue? Let us know in the comments section!