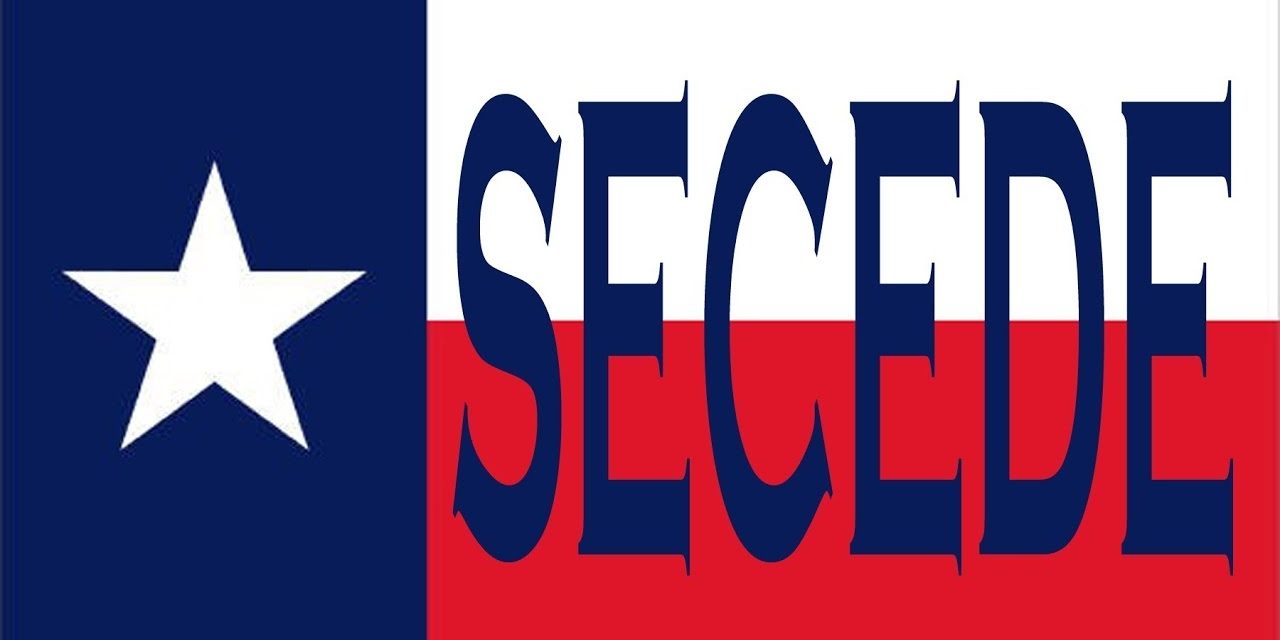 The Texas Nationalist Movement—it’s an organization that is devoted to making Texit happen by making Texas independent from the United States.

The movement’s website gives Texans the opportunity to pledge their support, if given a chance to vote on Texas Independence. President Daniel Miller said that 20,000 of the nearly 335,000 total pledges are from new supporters who have joined since Election Day.

“The support that has come in since the Trump victory is proof of what we’ve said all along: the strive for Texas independence is not one that is isolated to one single portion of the partisan spectrum. I think it’s important to note that up until Election Day, Donald Trump had over 50 percent negatives in Texas, right along with Hillary Clinton. The vast majority of Texans did not believe that they had a legitimate choice on the ballot, and you can also infer that the folks here in Texas were pretty unhappy with the choices that they were given. When you have record voter registration in Texas in excess of 15 million people registered to vote, and 6 million of them still looked at the ballot, shrugged their shoulders, and went home and didn’t even bother.”

Even with Trump receiving over half of the vote in Texas, Miller said that he believes that the support for Texas independence still exists because people realize that the problem is bigger than just which president is in office.

“We actually have just completed a survey of our supporters, and we had thousands of our supporters respond to the survey, and we wanted to know what their viewpoint was on the election, and how the outcome affected their support for Texas independence. And literally, we had less than one and a half percent say they no longer supported independence because of Donald Trump’s election. And we had less than a third say they were willing to give him a 100-day trial to see if he can hold to his promises. What’s amazing about that is that even the folks who are willing to give him the benefit of the doubt to see what he can do, are still overwhelmingly for a referendum on Texas independence, and want to see it happen.”

Miller noted that the movement’s goal is to achieve independence through a peaceful, political process, which can be difficult when the Texas Legislature only meets for up to 140 days every other year. The legislature’s next session begins in January 2017.

While some may laugh at the idea of Texas seceding from the United States, Miller said 2016 has given him a renewed hope that after the passage of the Brexit vote, and after Donald Trump’s election, a vote on Texas independence could be next.

“You know, it’s funny because I can remember a lot of people—both left and right, republican and democrat—laughing off Donald Trump when he strolled down the escalator to announce his bid for president. Those are the same pundits and pollsters that wrote off the Brexit vote and said it would never happen. The way that I look at it now is that when the politicians, the pollsters and the pundits say that it’ll never happen, that appears to be about the best endorsement you could ever get.”