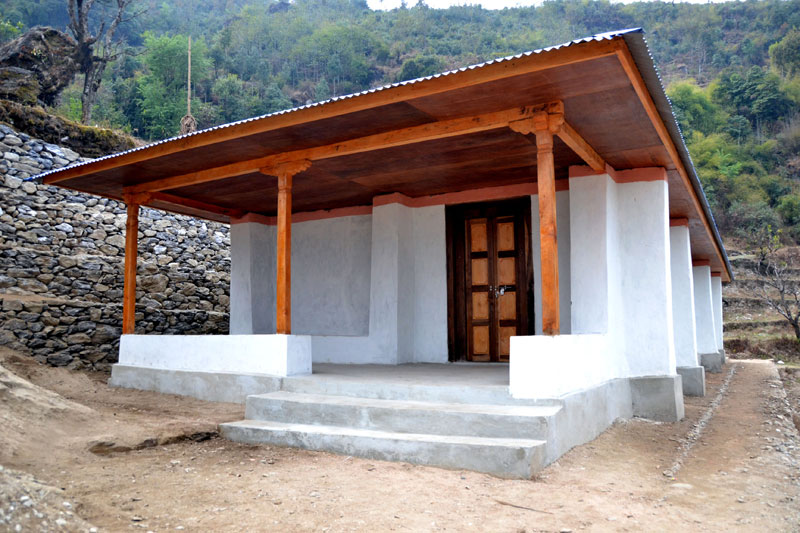 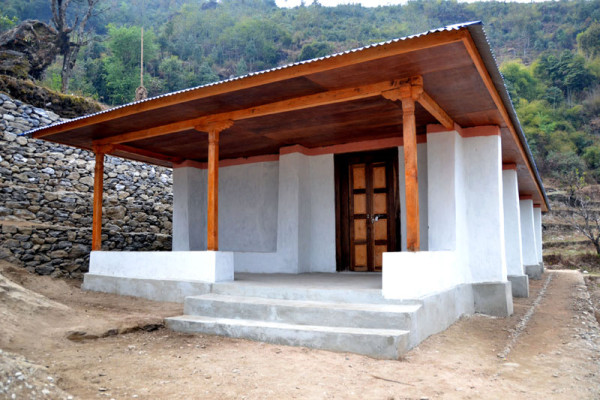 This earthbag school is in a remote village in the Solkhumbu District of Nepal.

Chloe and Olivier are a couple who are creating a documentary project about natural, and alternative building methods around the world. In February, 2015 they took part to a building site in rural Nepal – it is still standing.

Chloe and Olivier had this to say about their time building the eco-friendly buildings:

We helped to build a teacher training center with earth-bags. We have made a short video to present: the work of the First Step Himalaya’s NGO promoting education in Nepal – the Earth-bags building process and some of the advantages of this kind of building ( cheap, simple and eco-friendly…)
After the terrible earthquake, this earth-bags building is still standing, like the other sixty which are in Nepal. This is an evidence of the great resistance of this construction, as a lot of people are proclaiming for years, without the financial (capability) to organize large tests. Amongst the disaster, which has hurt the Nepalese (in the) last few weeks, there is a glimpse of hope to avoid future victims in Nepal or in any seismic area in the world. We can’t prevent an earthquake, but people are dying because of the collapsing of the buildings rather than seismic (activity) itself.

Chloe and Olivier were in Sindhupalchok, Nepal; in February of 2015 with the First Step Himalaya’s NGO project to create the buildings and also record the progress as part of a documentary project the couple is working on. The project was perfect for their documentary, which is based upon natural and alternative building methods from around the world.

Few days after the achievement of the teacher’s training center, the Sindupalchok region was strongly damage by the earthquake of the 25th april 2015 and aftershocks. Among the debris – this construction is still standing. To the adventurous and compassionate couple, this is evidence of the practical resistance and obvious benefit this inexpensive method of building offers. Today more and more Nepalese and NGOs are choosing this technique to rebuild the damaged areas. 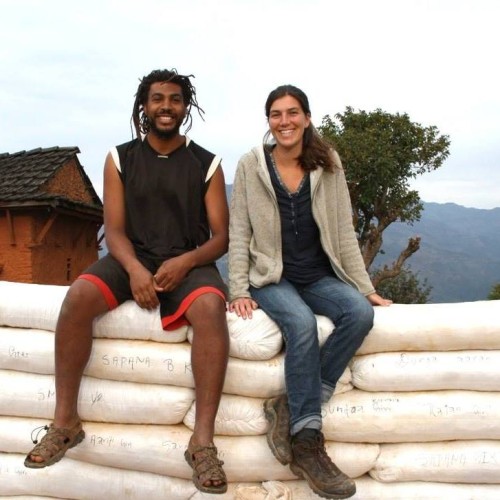 So what do you think about this building method as well as what has unfolded in Nepal? Leave your comments below!