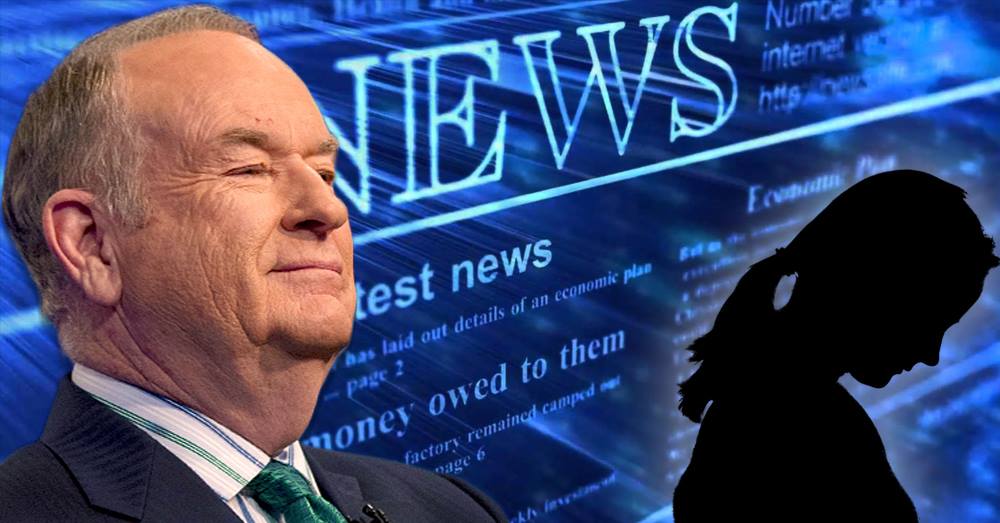 This allegation was just one of many that has plagued Fox News. Just last year, Fox’s CEO Rodger Ailes stepped down after he was accused of sexual harassment by former host Gretchen Carlson, Megyn Kelly and other female anchors. During that case though, it slipped by that Fox quietly settled a sexual harassment lawsuit against its star O’Reilly.

Huddy claimed in the legal letter to Fox that her position on O’Reilly’s show and the Fox News cable network came to an abrupt end “in retaliation for rebuffing Mr. O’Reilly’s advances.”

“In the letter, Huddy claimed that during the time she appeared on The O’Reilly Factor, O’Reilly propositioned her on multiple occasions including trying to kiss her when she visited his home near Manhasset, Long Island and making inappropriate phone calls to her. She also claimed there was an incident at a New York hotel after she went to “return a room key” to O’Reilly. In the letter, Huddy said when she refused to comply with O’Reilly’s advances, she was booted from the show despite having “one of the highest rated segments,” LawNewz wrote.

It seems that’s a common theme at Fox. Huddy also accused Jack Abernethy, the recently appointed co-President of Fox, of sexually harassing her.

Huddy alleged that Abernethy “constantly called her at the office and asking her to come by his office.”

A source close to Fox told Lawnewz that, “there was no sexual harassment. Any purported claim made by Ms. Huddy would be nothing more than opportunistic fabrication concocted to cash in on the legal settlement from Fox News.”

However, this is not Bill O’Reilly’s first time being accused of sexual harassment. In 2016 he was accused of harassing Andrea Tantaros.

Andrea Tantaros is the same woman that claimed that Fox news bought off her silence and a lot of other women’s silence, and accused Ailes as well as other Fox news execs of sexual harassment.

“Fox News masquerades as a defender of traditional family values, but behind the scenes, it operates like a sex-fueled, Playboy Mansion-like cult, steeped in intimidation, indecency, and misogyny,” claimed Andrea Tantaros in the lawsuit.

On Oct. 28, 2004, O’Reilly and Mackris reached an out-of-court settlement and dropped all charges against each other. According to several published reports, as part of the settlement, O’Reilly likely paid Mackris millions of dollars, but the terms of the agreement are confidential.

It’s also worth noting that O’Reily was accused of abusing his wife and dragging her down the stairs by his own daughter.

Speaking for O’Reilly, Fredric S. Newman, the host’s lawyer, said, “There is absolutely no basis for any claim of sexual harassment against Bill O’Reilly by Juliet Huddy.”

Third time’s the charm! Do it live! Below is the recording from O’Reilly’s call to Mackris in cartoon-form.