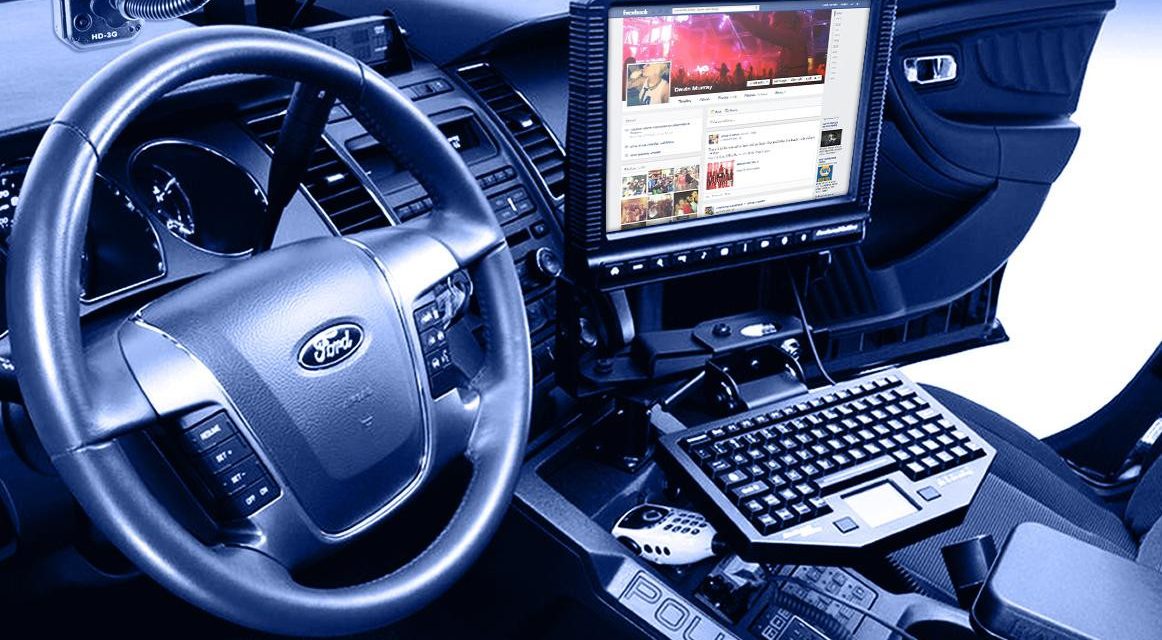 Horrifyingly, Facebook Has given the Police the Ability to Remove Public Access to Posts—Such as Live Videos of Police Brutality by Maddy Myers |

Korryn Gaines’ name probably sounds familiar to you. She was killed by Baltimore County police officers in a standoff on August 1, 2016, in Randallstown, Maryland, near Baltimore. Over the course of the incident, Gaines’ five-year-old son was also shot in the arm. Many have theorized that racism played a role in how the police treated Gaines and her family, including this child abuse negotiator, who has faced similar situations and found ways to de-escalate them non-violently.

The details surrounding the standoff and Gaines’ death have become yet another example of how social media has given citizens a chance to broadcast their interactions with police, thereby allowing the filmed evidence to speak for itself. Gaines broadcast information about her experiences on Instagram and on Facebook, presumably hoping to secure evidence for future use. The police contacted Facebook, which also owns Instagram, and they requested that Gaines’ social media accounts be shut down.

The Guardian reports that the police used a “law enforcement portal” through Facebook that allowed them to successfully ensure that Gaines’ posts would no longer be available to the public.

Baltimore County police chief James Johnson said that Gaines’ accounts have not been deleted and that the information contained in them would be used as evidence, but he did confirm that the police halted her live broadcasts: “We did in fact reach out to social media authorities to deactivate her account, to take it offline, if you will. Why? In order to preserve the integrity of the negotiation process with her and for the safety of our personnel [and] her child. Ms. Gaines was posting video of the operation as it unfolded. Followers were encouraging her not to comply with negotiators’ request that she surrender peacefully.”

Although the Baltimore County police department has recently implemented a body camera program, not all of the officers in the department have their cameras yet, and none of the officers involved in the standoff with Gaines had cameras. So, whatever footage she captured might well serve as the only available filmed evidence. According to The Guardian’s report, no one seems to have access to Gaines’ videos at this time (other than the people who could’ve downloaded them illicitly before her accounts went offline). The police have issued a warrant to request them from Facebook. Presumably, Facebook has not deleted them, although they are not currently available to the public or even to the police as yet.

One recent example of Facebook’s live video feature ending up as evidence would be the circumstances surrounding Philando Castile’s death at the hands of police. Castile’s girlfriend, Diamond Reynolds, filmed Castile during an interaction with police that began as a traffic stop and ended in Castile’s death. The police subsequently took Reynolds’ phone from her, and she theorizes that they manually deleted the video from her profile via the Facebook app. If true, this would constitute police tampering with evidence. Facebook later restored the video to Reynolds’ feed after adding a content warning to it. At that time, Facebook CEO Mark Zuckerberg made what appeared to be a statement in support of citizens’ usage of the Facebook live video feature for this type of situation:

The situation with Gaines seems depressingly similar in many ways, except that in this case, the public has now become aware of the existence of this supposed “law enforcement portal” that allows the police to demand that a Facebook and/or Instagram account be taken “offline” (this appears to mean “private,” since the accounts have not been deleted, but are no longer accessible to anyone). In this case, the police had a lot of lead time in order to decide to do this, because Gaines began making social media posts about her experiences on Monday morning when the police served her a warrant. This gave the police a chance to issue a request to Facebook and Instagram through the “law enforcement portal” to make her account unavailable to the public.

It’s not yet clear whether Gaines’ posts will ever be set back to being public again, as occurred with Diamond Reynolds’ video of Philando Castile’s death. Perhaps Reynolds’ video was restored because of the circumstances of its removal; she alleges that the police used her account to delete the video, as opposed to going through the more official-seeming channel of the “law enforcement portal.” But what are the implications of this supposed “law enforcement portal”? How do the police decide what videos should not be made available to the public?

The Baltimore County police chief’s explanation is that the live videos were removed during the standoff because of concerns about other users potentially encouraging Gaines not to “surrender peacefully.” Even if you agree with Chief Johnson on that evaluation, what’s the larger explanation for why the videos are no longer available to anyone? Is there any reason why the police would be preventing the public from seeing Gaines’ videos and posts at this point, since she clearly intended them to be public posts?

The entire case has a lot of disturbing implications for civilian journalism going forward. After reading Mark Zuckerberg’s statement about Diamond Reynolds’ video, I had hopes that for all its faults, the Facebook live video feature could prove to be an important resource for marginalized people facing mistreatment and violence by police. However, now that I know this “law enforcement portal” exists, I no longer have any faith in Facebook’s ability to stand by its users.

It seems to me like Facebook wants to have its journalism cake and eat it too. After the fall-out surrounding Facebook’s “Trending Topics” algorithm and Facebook’s employment of “News Curators,” I came to understand that Facebook exerted a certain amount of control over its News Feed. That isn’t necessarily a bad thing, so long as its members are aware of it. Just like a journalistic outlet, the Facebook News Feed is designed to show you stories that will interest you and inform you. Also like a journalistic outlet, the Facebook News Feed has a bias, because even algorithms have a bias—and, of course, Facebook hires former journalists in order to help design its curation methods.

Viewed through that lens, Facebook (and other social networks) serves as a new twist on the idea of a front page of a newspaper. Although these algorithmic curation methods are different from the journalistic methods of decades past, they don’t seem to be going anywhere, and that has its advantages and disadvantages. Many outlets (including this one) rely a lot on Facebook’s algorithms and curation in order to see their stories succeed.

A lot of people get their news from social media these days, which again isn’t necessarily bad, except that so much of that news is curated and controlled in ways that are invisible to us all. By allowing social networks to decide what we do and don’t see, we’re demonstrating a whole lot of trust in them to know what’s right, and I don’t really trust Facebook to know what I “should” see, especially now that I know more about how they operate.

The whole point of a free press is that governmental influence is notsupposed to be involved. If the police have direct access over what is and isn’t available to us on Facebook, then Facebook shouldn’t be considered a journalistic outlet. Period. It’s bad enough that we have to worry about corporate influence over Facebook’s algorithms. Thinking about police intervention has much more disturbing implications, because Facebook and other social media has a huge amount of control over what we see online.

If Facebook wants to be seen as a journalistic outlet, and it seems as though they do, then they should operate according to their own internal editorial standards, not according to the whims of advertisers and definitely not according to the demands of law enforcement. The existence of this portal sets a dangerous precedent, and it’s an indication that citizens who want to document their own experiences should use video streaming outlets other than Facebook in order to do so, because it’s now very clear from this case which side Facebook is actually on, and it’s not yours.

(via The Guardian, image via Norebbo Stock Illustration & Design)