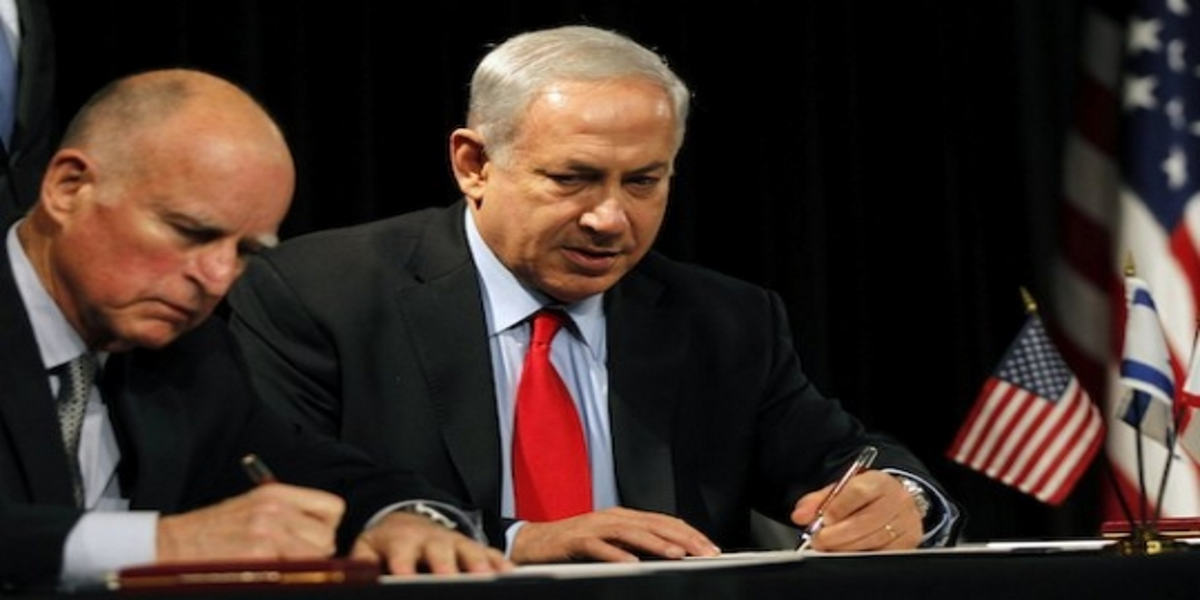 California Governor Jerry Brown has signed a new law that prevents companies from engaging in actions that could be deemed critical of Israel.

The new law prevents companies that boycott or discriminate against any country, including Israel, from doing business with California.

Brown signed Assembly Bill 2844 on Saturday afternoon. The State Senate approved the bill by a vote of 34 to 1 on August 24, and the State Assembly passed it by 69 to 1 on August 30.

An earlier version of the legislation banned the state from making contracts worth over $100,000 with companies boycotting Israel.

In order to satisfy critics, who said it violated the constitutional right to boycott, the bill was modified to include reference to other countries as well.

The approved version does not prohibit companies working with the state from boycotting Israel. Rather, companies have to certify that they do not violate California civil rights laws in boycotting a foreign country – including Israel, the only country mentioned by name – according to The Jewish Journal.