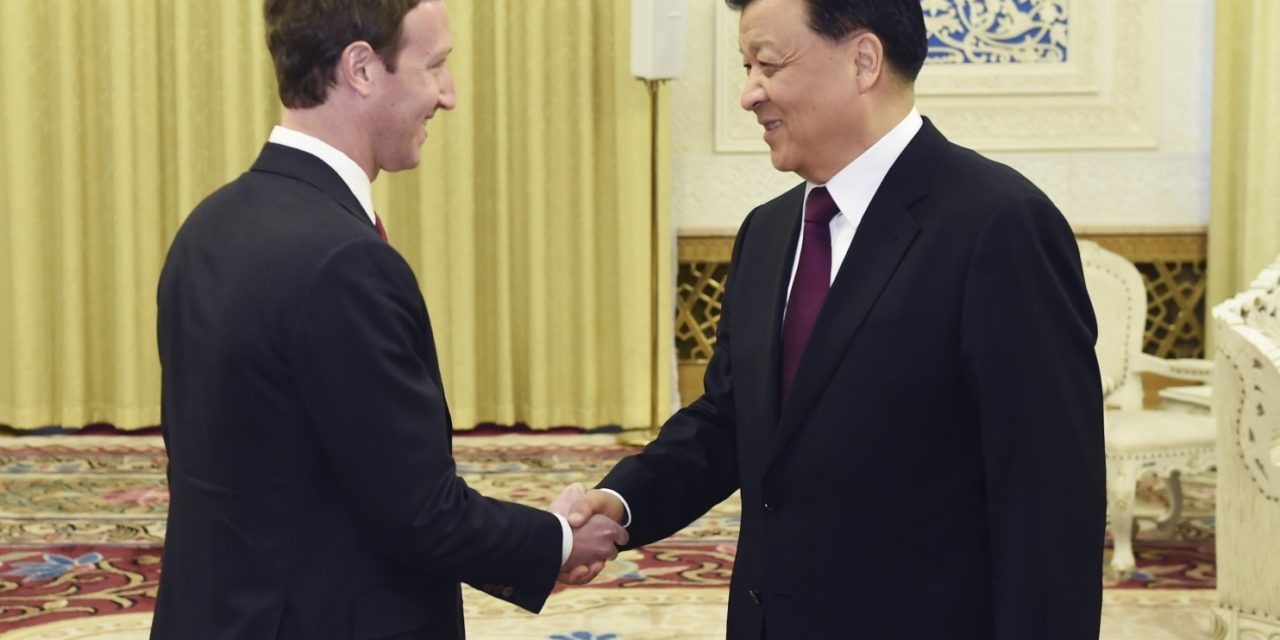 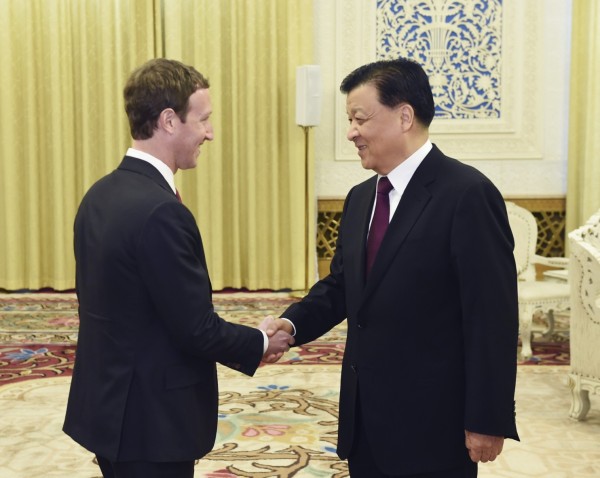 Liu Yunshan told Zuckerberg in their meeting Saturday that he hopes Facebook can share its experience with Chinese companies to help “Internet development better benefit the people of all countries,” China’s official Xinhua News Agency reported. Zuckerberg was in Beijing to attend an economic forum.

China has called for the creation of a global Internet “governance system” and cooperation between countries to regulate Internet use, stepping up efforts to promote controls that activists complain stifle free expression.

Facebook and other Western social media, including Twitter, are banned in China. Zuckerberg has long been courting China’s leaders in a so far futile attempt to access the country with the world’s largest number of Internet users — 668 million as of last year.

China has been increasing control over its Internet, dubbed the Great Firewall because it is already heavily censored. Liu, a member of the Politburo Standing Committee, the ruling Communist Party’s top leadership panel, recently said that all Internet users must not cross the “baseline” when discussing China’s governance.

Chinese censors have introduced a slate of new regulations to better enable them to police digital and social media as closely as traditional publications. The country’s top Internet regulator has repeatedly warned that an untamed cyberspace would pose a risk to domestic security, and that the government should decide who to allow into “its house.”