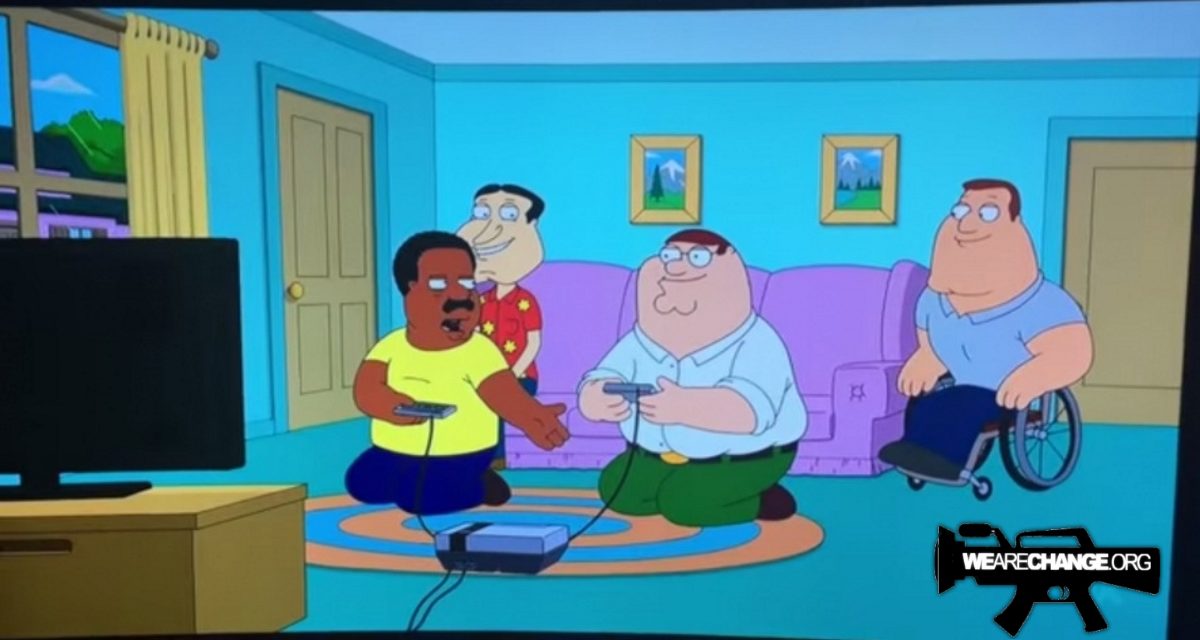 This week’s episode of Family Guy included a clip from 1980s Nintendo video game Double Dribble showing a glitch to get a free 3-point goal. Fox obtained the clip from YouTube where it had been sitting since it was first uploaded in 2009. Shortly after, Fox told YouTube the game footage infringed its copyrights. YouTube took it down.

Just when you think you’ve seen every ridiculous example of a bogus DMCA-style take-down, another steps up to take the crown. This week’s abomination comes courtesy of Fox and it’s an absolute disaster.

In last Sunday’s episode of Family Guy titled “Run, Chris, Run“, Peter and Cleveland play the 1980s classic Nintendo video game Double Dribble. Peter doesn’t play fair though and exploits a glitch in the game that allows his player to shoot a three-point goal every time. The clip is available on YouTube.

Perhaps surprisingly the game glitch is absolutely genuine and was documented in a video that was uploaded to YouTube by a user called ‘sw1tched’ back in February 2009.

“This is an automatic shot my brothers and I found on the NES Double Dribble back in the 80’s when it was released. I know others know this also, but as long as you release at the right point it is automatic. The half court shot I took at the end goes in 80% of the time, but i didn’t want to keep recording….HAHA,” sw1tched wrote.

Interestingly the clip that was uploaded by sw1tched was the exact same clip that appeared in the Family Guy episode on Sunday. So, unless Fox managed to duplicate the gameplay precisely, Fox must’ve taken the clip from YouTube.

Whether Fox can do that and legally show the clip in an episode is a matter for the experts to argue but what followed next was patently absurd. Shortly after the Family Guy episode aired, Fox filed a complaint with YouTube and took down the Double Dribble video game clip on copyright grounds. (mirror Daily Motion)

FOX stole a gaming clip, then used it to do a DMCA take-down on the original YouTube video . At the same time, lobbyists for the media industry are swarming the U.S. Copyright Office and demanding an end to the counter-notice process that people can use to fight these unfair take-downs. Instead, they want to force website owners to block all content they say is copyrighted (which is clearly often wrong).

Tell the U.S. Copyright Office: Takedown abuse is out of control. There should be strict penalties on false takedowns to protect fair use. Don’t make the DMCA even worse by implementing a “staydown” rule that turns web sites into copyright cops!