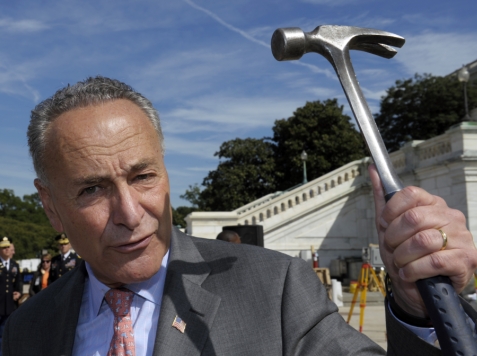 And so the list goes, with the actual numbers changing somewhat from year to year, yet the fact that more people are killed with blunt objects each year remains constant.

While the FBI makes is clear that some of the “murder by rifle” numbers could be adjusted up slightly, when you take into account murders with non-categorized types of guns, it does not change the fact that their annual reports consistently show more lives are taken each year with these blunt objects than are taken with Feinstein’s dreaded rifle.

Another interesting fact: According to the FBI, nearly twice as many people are killed by hands and fists each year than are killed by murderers who use rifles.

The bottom line: A rifle ban is as illogical as it is unconstitutional. We face far greater danger from individuals armed with carpenters’ tools and a caveman’s stick.

And it seems fairly obvious that if more people had a gun, less people would be inclined to try to hit them in the head with a hammer.