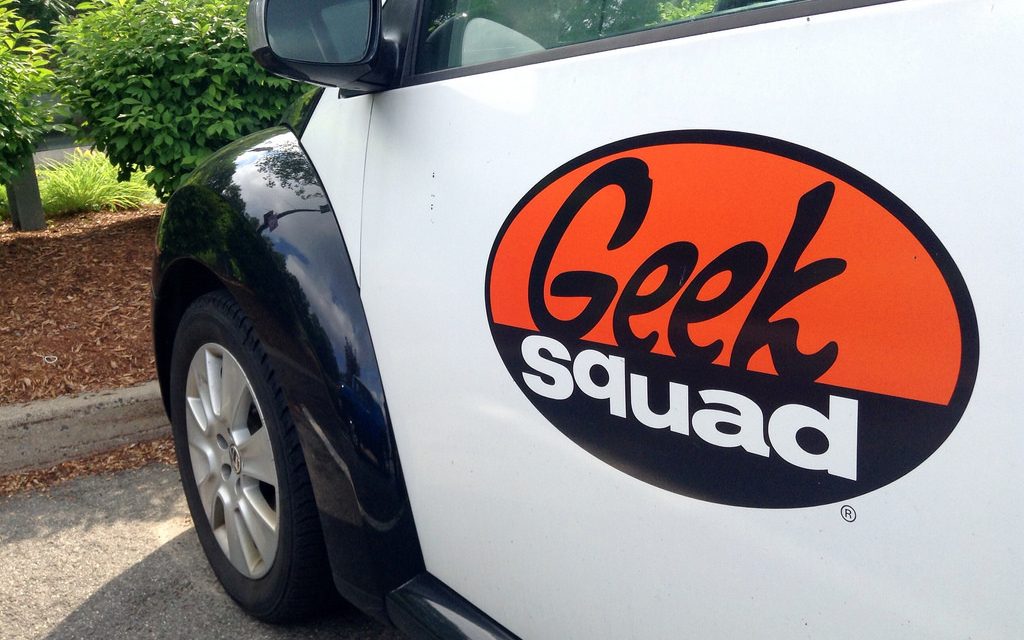 With the release of Wikileaks Vault 7, everyone is talking about government surveillance again. It is Deja Vu of 2013 all over again.

Turns out the CIA and NSA aren’t the only ones spying on the population though, the FBI just got caught using Best Buy’s Geek Squad to increase their own surveillance apparatus, and the details from unsealed court records are worrying.

The FBI trained Geek Squad technicians on law-enforcement operational tactics, shared lists of targeted citizens to covertly increase surveillance of the public, and encouraged searches of computers, even when unrelated to a customer’s request for repairs.

They would then pay the technicians $500 each time they found evidence that could launch criminal probes into their customers, OCWeekly reported.

A Feb. 27, 2008, agency document shows the FBI “seeking the training of the Geek Squad Facility technicians designed to help them identify what type of files and images would necessitate a call to the agency.”

“Agent assignments have been reviewed and are appropriate for operation of this source,” that the paid informant “continues to provide valuable information on child pornography matters” and has “value due to his unique or potential access to FBI priority targets or intelligence responsive to FBI national and/or local collection.”

The issue came to light when a gynecologist named Mark Rettenmaier was indicted with two felony counts of possession of child pornography in November 2014 after Geek Squad discovered an image on his computer in the course of performing repairs that Rettenmaier paid for.

According to court records, Geek Squad technician John “Trey” Westphal, an FBI informant, reported he accidentally located on Rettenmaier’s computer an image of “a fully nude, white prepubescent female on her hands and knees on a bed, with a brown choker-type collar around her neck.” Westphal notified his boss, Justin Meade, also an FBI informant, who alerted colleague Randall Ratliff, another FBI informant at Best Buy, as well as the FBI. Claiming the image met the definition of child pornography and was tied to a series of illicit pictures known as the “Jenny” shots, agent Tracey Riley seized the hard drive TechDirt reported.

What should be taken away from this is that the FBI directed Geek Squad to search through customers computers without probable cause.

There is also a very problematic scenario when you introduce any type of financial incentive. What if a Geek Squad employee decides to start planting child pornography on customers computers, just to get paid?

Then there is the issue of a parent having a picture of their own child in the bathtub or something of a similar nature on the computer and the Geek Squad agent falsely accusing someone reporting them to the FBI. And what if a customer has legal pornographic images of a girlfriend, boyfriend, husband, or wife– it’s a severe invasion of privacy.

That may be why a federal appellate court declared in February 2011 (USA v. Andrew Flyer) in an unrelated case that “pictures found on unallocated space did not constitute knowing possession because it is impossible to determine when, why or who downloaded them.”

However in this case, during a search of Rettenmaier’s seized iPhone, prosecutors say the phone contained more than 800 pictures of naked or partially nude girls including some taken during gynecological exams the LA Times reported.

One former agent confirms in her declaration that the employee who alerted the FBI to alleged child pornography found on the computer of the defendant in this case, had been signed up by the FBI as a “confidential human source” (CHS) in 2009 two years before the offending content was discovered in this case but contends that this worker was “never asked” to “search for child pornography or evidence of any other crime on behalf of the FBI.”

However, in a December 19th order, in this case, the judge notes that emailed communications may hint at a deeper connection between the agency and the Geek Squadder.

For instance, in Oct. 2009, this agent emailed the Best Buy staffer to set up a meeting “to discuss some other ideas for collaboration.” The since-retired agent now says she has no “independent recollection of what ‘collaboration’” refers to in that email, blaming her memory lapse on brain damage caused by Lyme disease.

Adding that this is a “violation of the fourth amendment which protects against illegal search and seizure.”

Meade strongly denies that he was an FBI asset and said that he didn’t report the image to get paid he did it because of Best Buy’s own policies.

“I never reviewed evidence or communicated to the FBI out of a motivation to get paid by the FBI or any other law-enforcement agency,” Meade wrote.

Best Buy released a statement stating that any employee that finds child pornography is required to report it to law enforcement.

“‘If we discover child pornography in the normal course of servicing a computer, phone or tablet, we have an obligation to contact law enforcement. We believe this is the right thing to do, and we inform our customers before beginning any work that this is our policy,’ vice president for communications Jeff Haydock said.

While We Are Change doesn’t have any sympathy for pedophiles and purveyors of child pornography, we worry about how the information was obtained by agents at Best Buy without a warrant.

Let us know what you think in the comment section below!