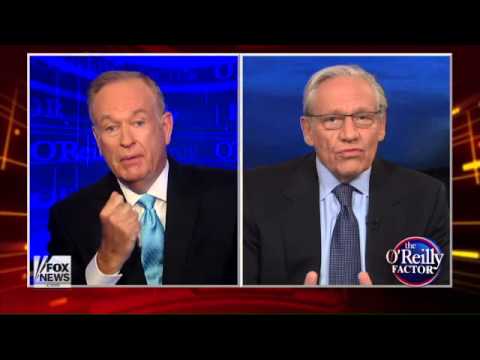 Watergate journalist and Washington Post editor Bob Woodward admitted to Fox’s Bill O’Reilly that past Presidents of the United States – both Democrats and Republicans – had leaked classified information to him in the past.

O’Reilly and Woodward got into a heated exchange over the recent leaks of President Trump’s administration, ultimately leading to Woodward’s disclosure.

Circa 10-11 mins Bob Woodward says both Dem & Republican PRESIDENTS leaked him classified info for use on record 1/2 https://t.co/G4MBjr6gyG

The show started out as a discussion about WikiLeaks #Vault7 release but quickly spiralled into a chance for O’Reilly to hone in on the recent deep state leaks undermining the Trump administration.

“The President’s conversations with the Mexican President and Australian Prime Minister were leaked, were leaked do you consider that a legitimate form of reportage?” O’Reilly asked Woodward.

Woodward responded, “First off you are in error when you think that some how we passively sit around and wait for leaks, we go and talk to people.”

“I didn’t say that. I didn’t assume that. I asked you a direct question: those two conversations from a President to two foreign leaders were leaked by somebody who had access to them. Do you consider that a legitimate reportage?” O’Reilly reiterated his question.

“Because it informed people about what happened, those were legitimate stories, and they were verified,” Woodward said.

O’Reilly interrupted, “It might have put the country in jeopardy, it certainly whipped up anti-American sentiment in Mexico.”

“Well, look, we tried to report the news  and the second and third bounce is not something that can be controlled.”

O’Reilly then interrupted a second time: “I want you to be clear. I’m not disparaging you or your paper. I want to know who the leakers are and what agencies cannot control these people and I think you do too.”

“You would be surprised… I have had President’s in Republican and Democratic administrations provide information that is technically classified. I’ve had very senior people in the Pentagon…”

O’Reilly interrupted a third time: “Yeah, they say it’s off the record, don’t print it.”

“No, no, it’s not. It’s ‘This is what happened, check it out, this is the way it can be reported and dealt with.’ Bill, you know that it happens all the time and the question here is that, can it be done in a careful and fair way and I believe it has.”

O’Reilly then conveniently cut to a commercial break.

Meanwhile on Twitter, the shock revelation is being discussed under the hashtag #WoodwardGate.

Upshot of #WoodwardGate: if you're a President or his pet biographer, leaking & printing classified info is no problem. Anyone else? TREASON

Due to Woodward being the biographer of both Bush and Obama, the revelation instantly drew comparisons with the leak of classified information by General David Petraeus to his then mistress and biographer.

Woodward’s disclosure gives further weight to the theory that there is one rule for Presidents and their men but very different laws for everyone else.

If you're Chelsea Manning, WikiLeaks or Snowden leaking classified info is "treason". But if you're the US President it's #WoodwardGate