VP Mike Pence: We Will Use ‘Full Force Of The Law’ Against WikiLeaks 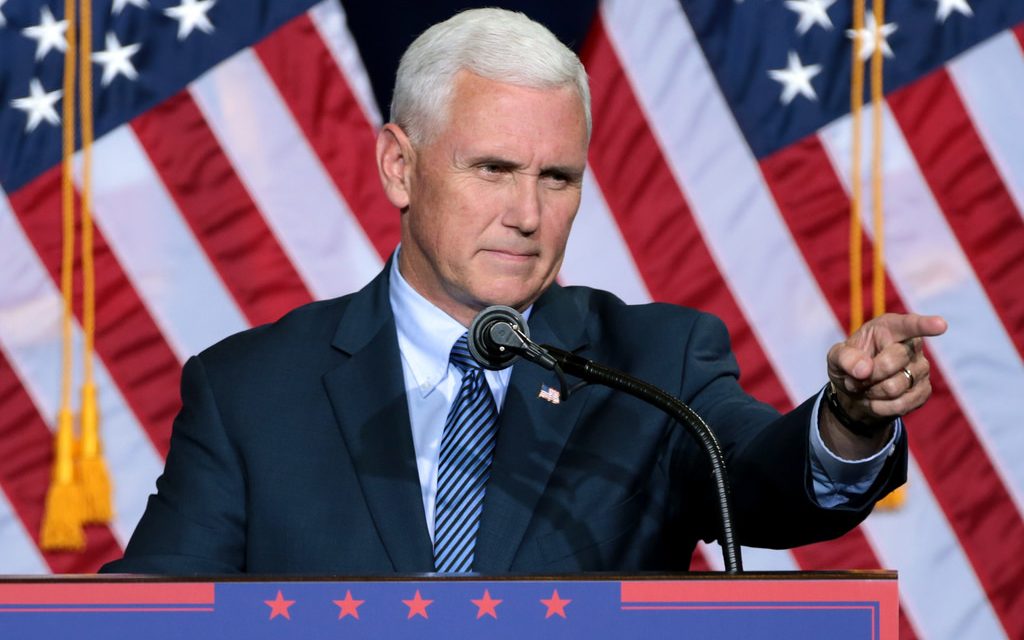 The U.S. will use the “full force of the law” to go after those responsible for the latest WikiLeaks release if the documents are found to be authenticate CIA documents, Vice-President Mike Pence has warned.

“Trafficking in national security information, as is alleged WikiLeaks has done here, is a very serious offense,” Pence told Fox News on Thursday.

“It represents a compromise of the security of the American people,” he added.

Pence went on to say that President Donald Trump will take offense to the release “very seriously” and “use the full force of the law and resources of the United States to hold all of those to account that were involved.”

“This president and this administration will take that very seriously and use the full force of the law and resources of the United States to hold all of those to account that were involved,” Pence said.

He said that “no resource will be spared” in holding the guilty parties responsible if the ‘Vault 7’ release is proven to contain legitimate information into the inner-workings of the CIA.

WikiLeaks on Tuesday released a massive trove of documents called Vault 7 which includes 8,761 documents that purport to reveal the CIA’s extensive hacking and surveillance capabilities.

The release includes descriptions of hacking tools, engineering notes, internal communications, and redacted names of agents having conversations about how to exploit security.

It exposes details of the CIA’s “global covert hacking program,” including “weaponized exploits” used against well-known products including “Apple’s iPhone, Google’s Android and Microsoft’s Windows software as well as Mac OSX and Linux and even Samsung TVs, which are turned into covert microphones” by the Central Intelligence Agency.

The FBI and CIA announced Wednesday that they would collaborate on a joint probe of the documents’ release hunting for the leaker dubbed Snowden 2.0.

The CIA has denied any wrong doing in a statement, claiming that they don’t spy domestically on Americans and that Wikileaks endangered national security.

“It is CIA’s job to innovative, cutting-edge, and the first line of defense in protecting this country from enemies abroad,” it said in a statement. “America deserves nothing less.”

“The American public should be deeply troubled by any WikiLeaks disclosure designed to damage the Intelligence Community’s ability to protect America against terrorists and other adversaries.”

Wikileaks has begun working with tech companies to fix the exploits revealed in the large cache of documents stating in a press conference on Thursday that they would begin leaking the source code to tech companies working to help fix the vulnerabilities in devices.