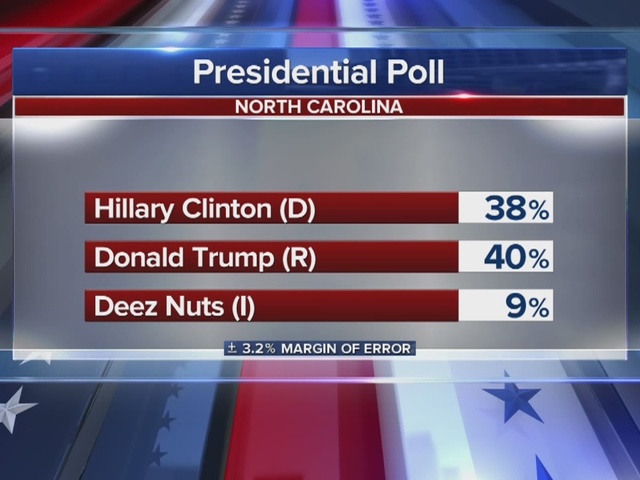 The Federal Election Commission has released a statement stating that they will no longer tolerate “unlawfully false or fictitious” troll candidates like “Deez Nuts,” who has been consistently polling better than actual candidate Jill Stein. 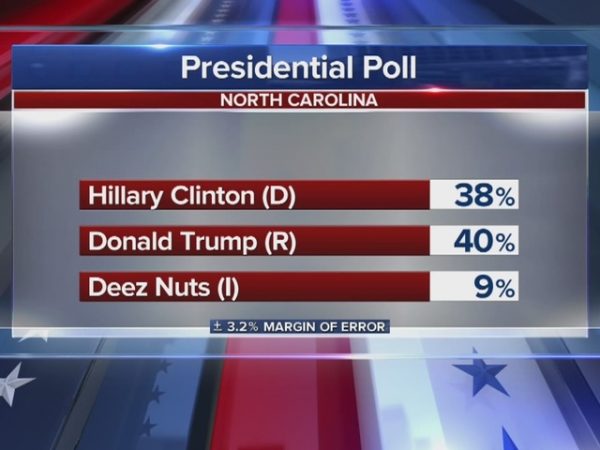 The announcement came on Thursday, and explained that they will now be sending out verification letters to those who wish to register candidates that seem suspicious. They also warned that trolls could be subject to penalties such as fines.

“The Commission has authorized staff to send verification letters to filers listing fictional characters, obscene language, sexual references, celebrities (where this is no indication that the named celebrity submitted the filing), animals, or similarly implausible entities as the name or contact information of the candidate or committee,” the statement read.

After receiving hundreds of fake candidates, they have now hired staff to “verify information in filings from the 2016 election cycle that appear to be unlawfully false or fictitious.”

Over 250 pranksters registered fictitious or joke candidates for the 2016 election, such as Deez Nuts, Dat Ass 2016, Butt Stuff 2016, Queen Elsa, and Obi-Wan Kenobi.

“The new procedure comes in response to an increase this election cycle in the filing registration and statement of candidacy forms (FEC Forms 1 and 2) that provide patently false candidate or treasurer names, questionable contact or bank information, or material that does not relate to campaign finance, such as drawings, essays and personal court records,” the statement continued.

“Deez Nuts,” made massive waves as an independent candidate. It turns out, he was a 15-year-old teen from Iowa named Brady Olson — who later endorsed Bernie Sanders. The fictitious character has been consistently polling around 10%, despite dropping out of the race in August. He is still currently polling ahead of Green Party nominee Jill Stein in Texas, according to a survey released this week.

According to the FEC’s previous policy they were required by law to process and track the paperwork, and follow up with troll candidates who submit missing or inaccurate information — causing quite a headache for their staffers.

Anyone can submit a candidate easily through their website.

“The agency has no authority over and makes no judgement on an individual’s qualifications or eligibility to run for office or obtain ballot access,” FEC spokeswoman Judith Ingram previously told the Center for Public Integrity.

Additionally, she asserted that the “agency has a statutory obligation to make all filings publicly available.”