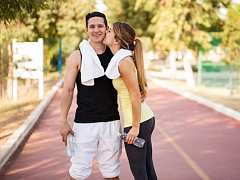 Colorado State University-Pueblo suspended a male athlete for years after he was found responsible for sexually assaulting a female trainer. But the trainer never accused him of wrongdoing, and said repeatedly that their relationship was consensual. She even stated, unambiguously, “I’m fine and I wasn’t raped.”

That’s according to the athlete’s lawsuit against CSUP, which persuasively argues that the university not only deprived him of fundamental due process rights, but also denied sexual agency to an adult woman. Taken at face value, this case appears to represent one of the most paternalistic, puritanically anti-sex witch hunts ever reported on a college campus.

But that’s not the only reason this case is interesting. The student-athlete, Grant Neal, has named the Education Department’s Office for Civil Rights as a co-defendant. OCR’s Title IX guidance to universities “encourages male gender bias and violation of due process right during sexual misconduct investigations,” according to a statement from Neal’s legal team.

Earlier this month, the Foundation for Individual Rights in Education and the law firm of Kaiser, LeGrand & Dillon offered to represent a student who is willing to sue OCR. While Neal has retained different legal representation, it appears that his lawyer—Andrew Miltenberg—is prepared to make similar arguments against Title IX overreach. (More on that in a bit.)

Neal’s expulsion (it’s silly to call it a “suspension”; multi-year suspensions are expulsions) stemmed from his allegedly improper sexual relationship with a female student and athletic trainer, Jane Doe. In the fall of 2015, Neal was a sophomore at CSUP: he and Doe became good friends and eventually developed romantic feelings for each other. Sexual relationships between athletes and trainers are frowned upon, however, so they first attempted to remain friends.

On October 23, they went to the movies together. Afterward, they kissed and engaged in consensual sexual behavior. They did so the following evening as well. These were not drunken hookups: these were mutually-agreed upon encounters, according to the details in the lawsuit.

At one point, Neal expressed concerns about giving Doe a hickey—a kiss mark on her neck—because the other trainers might notice it. Doe encouraged him to do so anyway, and promised to wear a hoodie the next day. These and other anecdotes demonstrate Doe’s full complicity in the sexual activity that took place, though her statements are even more definitive.

The hickey was indeed noticed by another trainer, described as the “Complainant” in the lawsuit. When confronted, Doe confessed to the Complainant that she and Dean had engaged in sex. According to the lawsuit, the Complainant “presumed” this sex was nonconsensual, and reported it to the director of the athletic training program.

Later, when Doe found out, she gave Neal the bad news, and texted him the following messages:

“One of the other Athletic Training students screwed me over!…She went behind my back and told my AT advisor stuff that wasn’t true!!! I’m trying so hard to fix it all.”

Neal and Doe met in person to discuss the situation. Without Doe’s knowledge, Neal recorded their conversation. This audio recording further establishes that their sex was consensual. While in Neal’s presence, Doe fielded a phone call from a coordinator of the athletic training program and stated “I’m fine and I wasn’t raped.” She then called her mother and told her the same thing.

Both Doe and her mother pressed the administrators of the athletic training program—a husband and wife team—to drop the matter, but it was too late: they had already informed the Title IX office.

To be clear, CSUP apparently believes that Title IX requires the university to investigate a student for sexual misconduct, even when his alleged victim resolutely insists that he is innocent and does not want the issue investigated. Administrators essentially treated Doe like an object that belonged to them—one that no one else was allowed to touch.

Neal and Doe, it should be noted, had consensual sex again—probably because they genuinely liked and were interested in each other, despite the university’s herculean efforts to keep them from touching each other.

Doe told another administrator, “Our stories are the same and he’s a good guy. He’s not a rapist, he’s not a criminal, it’s not even worth any of this hoopla!”

To belabor the point a bit, here are messages she sent to Neal, even after the university instituted a reciprocal no-contact order during the investigation:

“I miss you & care about you so much Grant [Neal]! Everything will work out…I promise”

“I hope you know I still care about you so much! I’m trying so hard to fix this… you don’t deserve any of this. I just wanna talk to you again… I’m sooooo SORRY!” I hope that you are okay. I’m so worried. I’m so sorry! I’m so upset they did this.”

The details of the adjudication process will be familiar to anyone who has read my other reports on sexual misconduct “disputes” (“dispute” being an increasingly odd word to use, given that I’ve now covered two consecutive cases where the “victims” agreed with the accused that their sex was consensual). He was denied full knowledge of the charges against him, presumed to be guilty from the outset, and could not cross-examine witnesses. He was suspended on an interim basis before the hearing could even take place.

The adjudicator—Defendant Roosevelt Wilson, who is named in the lawsuit—even refused to interview witnesses who would have corroborated Neal’s account. “Defendant Wilson professed that he was in charge of the investigation and would be the only person to declare someone a witness in this matter,” according to the lawsuit.

The predetermined outcome for Neal was a guilty verdict: he was suspended for the remainder of Doe’s time at the university.

This is as gross a miscarriage of justice as they come, and Neal has filed suit. His lawyer, Miltenberg, blames not just CSUP, but the federal government’s illiberal guidance to universities to police sexual assault without any respect for due process:

“From the outset, Grant Neal was presumed guilty of sexual misconduct based on nothing more than hearsay and his own male gender,” said Miltenberg. “In violation of the University’s own self-imposed policies and my client’s fundamental rights to due process, the University required Grant to prove his innocence, rather than requiring the University to prove his guilt. This case illustrates the impact the Administration’s ‘Dear Colleague’ letter has had in creating a deeply-flawed process for sexual misconduct investigations — as well as an inherent male gender bias — at colleges and universities throughout the country.”

The lawsuit was filed today. I will be eagerly anticipating the federal government’s response. What happened at CSUP was nothing short of a scandal: a cabal of vicious, sex-negative administrators ruined a young man’s life and told a young woman she has no sexual agency. This is the world according to Title IX.