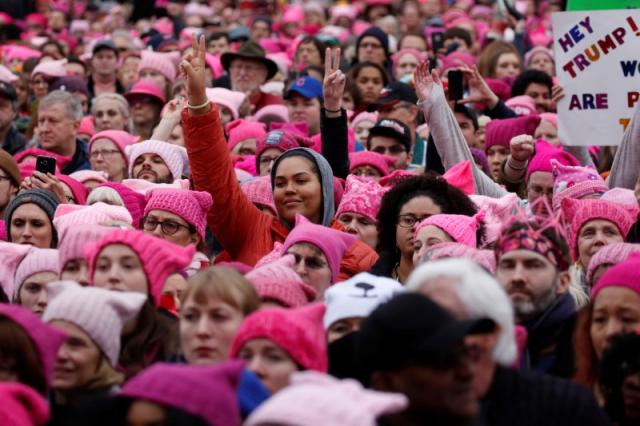 Over 1 million women participated in the Women’s March on Washington on Saturday, and it raised the question: What exactly are these women protesting?

A lot of the posters and social media posts that came out of the event painted a picture of a massive presence that was standing up for what they labeled as “women’s rights” that have been put in danger by President Trump.

Many women have voiced the concern that Roe v. Wade will be overturned, and abortion will be made illegal under Trump. However, Trump has never said that he wanted to ban abortion completely. What he has said is that he plans on appointing Supreme Court Justices who are “pro-life,” and if they choose to overturn Roe v. Wade, then abortion laws will be determined by the states.

Women have also criticized the fact that Trump reportedly plans to defund Planned Parenthood, because of the fact that it currently provides a taxpayer-funded abortion service.

All of this comes back to the same question: Why are 1 million women gathering together to demand that the federal government fund their healthcare and tell them what they can and cannot do? Why aren’t they looking for other alternatives and answers to the current problems?

Is this protest truly about women’s rights, or is it about women hopping on the bandwagon and demanding that the government take care of their needs?

The right to peaceful protest is acknowledged by the First Amendment to the United States Constitution, and while any American can protest whatever he/she feels is necessary, it is always important to take the time to research and to ask questions first.