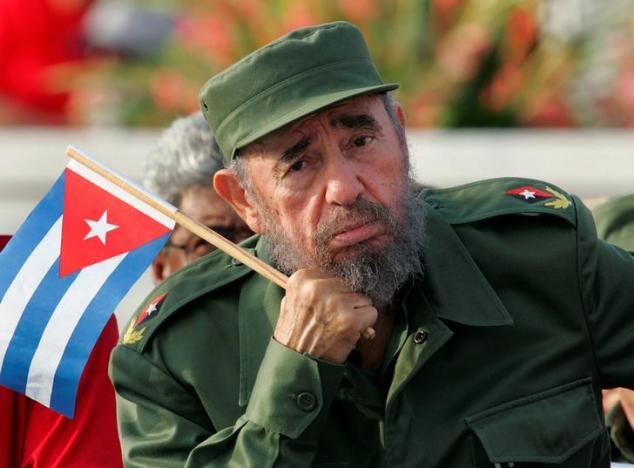 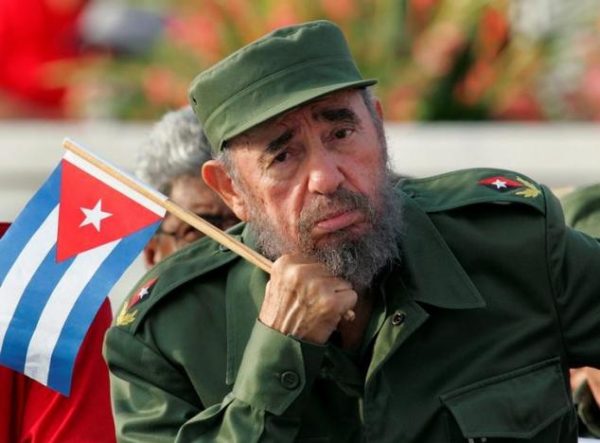 “Propaganda is vital—the heart of our struggle. We can never abandon propaganda…Use a lot of sleight of hand and smiles with everybody. We must follow the same tactic we employed in our trial; defend our points of view without raising hackles. There will be plenty of time later to crush all the cockroaches.” — Fidel Castro

On Nov. 25, 2016, totalitarian dictator Fidel Castro took his final breath. Having lived through 638 assassination attempts, he managed to live until 90 years old as one of the longest lived tyrants in history.

Attempts to kill Castro began after the 1959 revolution that led to his power. U.S.-backed Cuban exiles were sent to overthrow and kill Fidel, Raul Castro, and Che Guevara during the moronic Bay of Pigs flummox. Attempts continued, and on the day that President Kennedy was assassinated, an agent who had been given a pen-syringe in Paris was sent to kill Castro –he failed just as many others soon would.

From underwater painted shells stuffed with explosives, to sexy sires armed with poisoned tea and exploding cigars, no one could kill the beast.

The last assassination attempt was in 2000 while Castro was in Panama. 200lbs of high explosives were placed under his lectern prior to his speech. Castro’s security team found them, and the four conspirators were placed in prison.

The reasons for his assassination are obvious when considering the CIA’s mixed relationship with Latin communist despots —whether democratically elected or not. Guatemala, Brazil, Chile and the Dominican Republic have had their leaders removed or executed due to the CIA’s bidding.

Fidel Castro’s death was not much of a shock. He resigned in 2008 to his brother, Raul, due to illness. Since then, trade has opened up in part due to President Obama’s reduction in trade restriction with the county. Yet, Fidel’s presence was felt throughout the country even when his gripped waned.

Nevertheless, the world is better with him dead. Fidel was a bastard. But that won’t prevent political figures urge to obscure Fidel’s crimes against humanity.

This must be news to the thousands of homosexuals, artists, musicians, and exploited workers who’ve been tossed in chains for their degenerate nature. This callous ignoring of facts is a keystone for the labor party—they use homosexuals and minorities as props for their socialist goals.

The progressive insanity did not end with Señor Corbyn.

Never letting a good commie death go unobscured, leftist’s favorite boy toy Justin Trudeau called Castro a “remarkable leader” who “served his people for almost half a century” as the country’s “longest serving president.”  The Prime Minister failed to recognize that he was their longest serving president because there weren’t any free elections.

So just how bad was Castro?

Castro’s revolution, with the help of Che Guevara, was more a terror campaign than a fight for equality. His revolution led to the murder of thousands, the enslavement of tens out of thousands, and drove a million and a half Cubans to flee to the United States.

The propaganda campaign for Castro’s ally, Che, has afforded asinine American hipsters to adorn the bearded man on everything from T-shirts to posters free from judgement. A cursory glance at Che’s writings casts a darker shadow on the hipster hero.

“Crazy with fury I will stain my rifle red while slaughtering any enemy that falls in my hands! My nostrils dilate while savoring the acrid odor of gunpowder and blood. With the deaths of my enemies I prepare my being for the sacred fight and join the triumphant proletariat with a bestial howl!” — Che Guevara

Guevara and Castro’s enemies included innocent men, women and children. If you weren’t murdered, you were placed in camps:

“Che set up the first forced labor camp, Guanahacabibes, in 1960. This camp was the precursor to the eventual systematic confinement, starting in 1965 in the province of Camagüey, of dissidents, homosexuals, AIDS victims, Catholics, Afro-Cuban priests, and other such scum, under the banner of Unidades Militares de Ayuda a la Producción, or Military Units to Help Production. Herded into buses and trucks, the “unfit” would be transported at gunpoint into concentration camps organized on the Guanahacabibes mold. Some would never return; others would be raped, beaten, or mutilated; and most would be traumatized for life…”

Charlie Bravo, a Cuban exile, expounded upon the contradictory virtues that leftist propagates when they speak kindly of the psychopathic compatriot of Fidel Castro:

“I’d loved to have seen those Sorbonne and Berkeley and Berlin student protesters with their ‘groovy’ Che posters try their ‘anti-authority’ grandstanding in Cuba at the time. I’d love to have seen Che and his goons get their hands on them. They’d have gotten a quick lesson about the ‘fascism’ they were constantly complaining about—and firsthand. They would have quickly found themselves sweating and gasping from forced labor in Castros and Che’s concentration camps, or jabbed in the butt by ‘groovy’ bayonets when they dared slow down and perhaps getting their teeth shattered by a ‘groovy’ machine-gun butt if they adopted the same attitude in front of Che’s militia as they adopted in front of those campus cops.”

Of course, Guevara died young—his image remains static and frozen in amber. Unbroken and forever young, his legacy was never tarnished by decades of tyrannical rule. The same cannot be said for Fidel.

Castro’s long life allowed for enough time to bring Cuba into a new prosperity. He failed on every level.

Before Fidel Castro took over, Cuba was one of the richest countries in the Americas. By the 1980s, it was already among the poorest. Whereas the Caribbean region’s per capita GDP  doubled between 1958 and the late 2000s, Cuba’s grew by under 6 percent. Haiti—a county ruined by multiple natural disasters—was the only Caribbean country that did worse.

It was not without subsidization, either. The Soviet Union alone provided Cuba with $62 billion in the course of 40 years. And in the 2000s, Venezuela, China, Spain, and Cuban Americans essentially picked up the tab—the latter providing record-level remittances.

Though communist sympathizers romanticize Castro’s educational system, what good is an education when there’s nothing you can do with it? Stagnant technological progress, no choice of employment, and imprisonment for thought crimes were the fallout of Castro’s fantastic Marxist educational system.

Castro maintained his reign through Orwellian mechanisms—exemplified by the Committees for the Defense of the Revolutions (CDRs). The CDRs were meant to be volunteer-run neighborhood watch groups set up to address local issues. In actuality, they were the embodiment of horizontal violence.

Who needs large groups of expensive government paid soldiers, when you have over 100,000 ready and willing snitches? Your duty, as a volunteer spy, was to tell the government any wrong doing that you witnessed—from buying things in the black market, to being a homosexual, or speaking ill of the government. You were rewarded with small gifts from the state, including less work hours, consumer goods and promotions.

Castro’s power was found in his ability to withstand rebellion and economic hardships using coercion and manipulation.

When civil hostility would arise, Castro would drain the rebellious swamp by exiling hordes of Cubans and flooding them into western countries. This amounted to over a million and a half Cuban refugees.

When the Soviet system fell and their dollars no longer reached Cuban shores, Castro made peace with Catholics in order to garner their resources—a strong contrast to his prior relationship with the Catholic church, which involved murdering nuns and priests.

Though the late 1990s looked promising for Cuba—with the decriminalizing of foreign private investments and the promotion of tourism— the optimism was short lived. The Varela Project, a campaign that promoted constitutional reforms, was repressed in 2003 and led to 75 pro-democratic advocates thrown in jail for 20 years after one-day trials. Every positive step was made with two steps backward.

Conservativism and communism were one in the same during Castro’s reign. From beginning to end, Castro’s actions ensured that progress would remain stagnant by crushing human ingenuinty and maintaining the status quo. The free flow of thoughts, ideas and goods is antithetical to the coercive social order that communists strive for. The revolutionary and rebellious propaganda espoused by Castro and other leftists were and are romanticized conservative orthodoxy that is in opposition to the proliferation and success of the human species.

Castro’s death is a positive for humanity, it’s a damn shame that it didn’t happen earlier.

Carlos Morales is a government whistleblower, author of “Legally Kidnapped: The Case Against Child Protective Services,” and host of the Libertarian Atheist podcast.