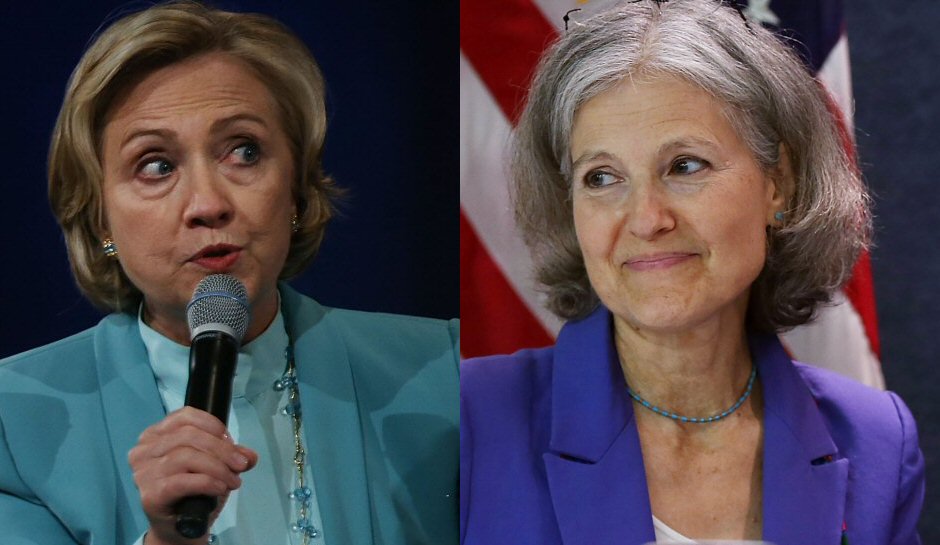 Failed Green Party candidate Jill Stein, who received around 1% of the vote, is launching a recount effort in at least three states — and her own supporters are roasting her for it on social media. 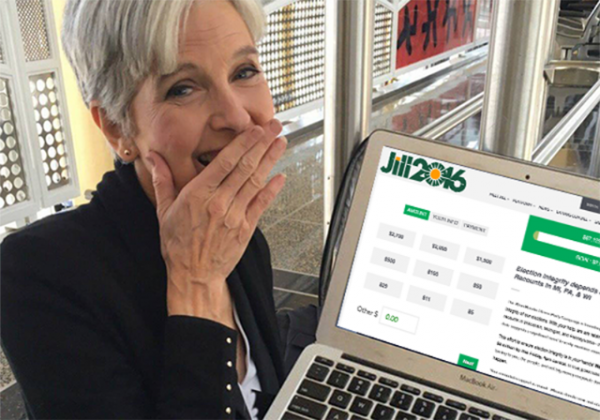 Stein’s fundraising campaign to challenge the results of Wisconsin, Michigan and Pennsylvania, has already raised over $6 million in donations since launching on Wednesday. This effort has raised far more funds than she did during her entire presidential campaign.

This may be because Hillary Clinton’s team is supporting the effort, at least in Wisconsin.

“The Green Party scam to fill up their coffers by asking for impossible recounts is now being joined by the badly defeated [and] demoralized Dems,” president-elect Trump wrote on Twitter on Saturday.

Interestingly, his sentiment that this whole act of political theater is a scam is also being shared by many of Stein’s own voters.

On a Facebook post announcing that they filed for the recount in Wisconsin, thousands of her supporters expressed dismay with Stein’s actions.

“Dr. Jill Stein, I liked your page because I loved the fact that you dared to show up outside the DNC and call out Hillary’s corruption. Now, she’s teaming up with you to back your expensive recount… which by the way, what are you going to do with all of the millions in leftover money? Election integrity just screams front to me,” Jenna Buchli Murphy commented. “I hope there’s an IRS audit in the future. Several people have shown that there’s no anomalies, such as Nate Silver. Even the White House accepted the results. Not you and $Hillary though.”

“Jill Stein, you are a joke. First you speak out about Hillary, and said a presidency with her would mean nuclear war,” Bianca wrote, “and now you wanna throw her a lifeline? Boy does your views change quickly. How anyone can respect you or your opinion, after all this, is beyond me.”

Many others noted that it is fishy that she is only requesting recounts in states that Trump won.

Others asked that she make her donor list public, as she raised such a massive amount very quickly. Many on social media have been speculating that she is accepting funds from George Soros for her effort.

“Jill, it seems peculiar that you have raised more money for this recount than you raised for your presidential campaign. Also, seemingly very quickly. There is much talk on social media that this recount effort is being funded by Big Money on the Left. Can you make your donation list transparent and address this concern,” Richard S. Traegler Jr. requested. “You ran a campaign that highlighted the fact that you would never accept the corrupting influence of corporate or billionaire funding. This is an urgent matter.”

Over 13,000 comments have been left on the post, and very few have anything positive to say.

An overwhelming theme of the commentary is regret about voting for her.

“This is the first and only time I ever voted in my life and I voted for Jill. For me it was a hard choice between: ‘anyone but Hillary’ vs ‘doing the right thing,'” Brian Moyers wrote. “I’m not so sure I did the right thing anymore…. I feel betrayed.”

Over on Twitter, things aren’t going much better for the woman who consistently polled lower than Harambe, the dead gorilla, during the election season.

You're defrauding people out of millions with this scam and you have the gall to question anyone's integrity? You're a cancer.

She has also earned herself the nickname “Shill Stein.”

Conway also noted on NBC’s Meet the Press that the effort is an act of a sore loser.

“They will have to decide if they’re going to interfere with his business and the peaceful transition of power to president-elect Donald Trump or [if] they’re going to be a bunch of cry babies and sore losers about an election they can’t turn around.”

It remains unclear what Stein will be doing with the excess funds. The FAQ section on the fundraiser simply states that “if we raise more than what’s needed, the surplus will also go toward election integrity efforts and to promote voting system reform.”