Fined Billions, JPMorgan Chase Will Give Dimon a Raise 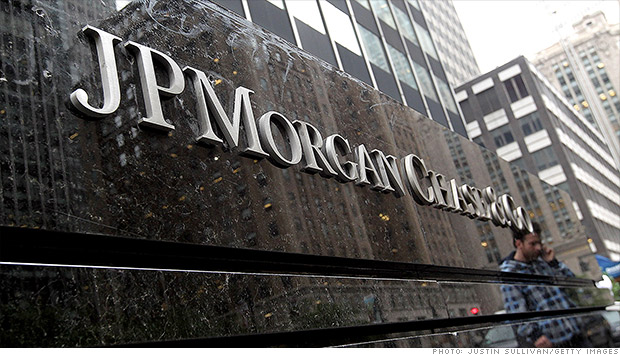 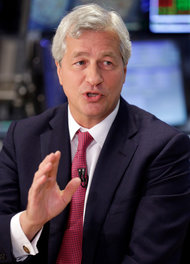 A year after an embarrassing trading blowup led to millions of dollars being docked from Jamie Dimon’s paycheck, the chairman and chief executive of JPMorgan Chase is getting a raise.

JPMorgan’s board voted this week to increase Mr. Dimon’s annual compensation for 2013, hashing out the pay package after a series of meetings that turned heated at times, according to several executives briefed on the matter. The raise — the details were not made public on Thursday — follows a move by the board last year to slash Mr. Dimon’s compensation by half, to $11.5 million.

When it made that deep pay cut, the board was giving a stern rebuke over the fallout from the “London Whale” multibillion-dollar trading blunder. This week, directors, gathered in a conference room at the bank’s Park Avenue headquarters overlooking a snow-covered Central Park, discussed what message their next decision on the bank chieftain’s compensation would send.

The debate pitted a vocal minority of directors who wanted to keep his compensation largely flat, citing the approximately $20 billion in penalties JPMorgan has paid in the last year to federal authorities, against directors who argued that Mr. Dimon should be rewarded for his stewardship of the bank during such a difficult period. During the meetings, some board members left the conference room to pace up and down the 50th-floor corridor.

Details on the chief executive’s compensation will be disclosed in the coming days, possibly as soon as Friday.

Mr. Dimon’s defenders point to his active role in negotiating a string of government settlements that helped JPMorgan move beyond some of its biggest legal problems. He has also solidified his support among board members, according to the people briefed on the matter, by acting as a chief negotiator as JPMorgan worked out a string of banner government settlements this year.

Also under his leadership, the bank has generated strong profits and its stock price is up more than 22 percent over the last 12 months. Some board members fault what they consider to be overzealous federal prosecutors for the hefty fines, rather than Mr. Dimon or the bank, arguing that JPMorgan is being penalized for the sins of firms like Bear Stearns that it scooped up during the financial crisis.

But many of those very problems arose under Mr. Dimon’s watch, including $1 billion in fines from regulators over the trading blowup. Leaving his compensation unchanged could have sent a symbolic message of contrition to authorities.

Instead, the board’s decision to raise his pay may energize critics who have questioned whether the directors can provide an effective check on the charismatic Mr. Dimon, who is both chairman and chief executive. Some shareholders have argued for those jobs to be split to limit his power, but a proposal for such a division was handily defeated at the bank’s annual meeting last spring.

It is unlikely that Mr. Dimon will receive anything near the $23.1 million he got for 2011, when he was the highest-paid chief executive at a large bank. So far, none of the biggest Wall Street firms have released the 2013 compensation for their senior executives. Last year, Lloyd C. Blankfein, the chairman and chief executive of Goldman Sachs, took home $21 million for 2012, about double what Mr. Dimon got once the board slashed his pay. At Wells Fargo, John Stumpf, the bank’s chief executive, received $19.3 million for his work atop the country’s largest mortgage lender.

Early signs, like stock payouts, suggest that bank chief executives are headed for a pay increase this year. Morgan Stanley, for example, gave James P. Gorman, its chief executive, a stock bonus valued at approximately $5 million as part of his total compensation for 2013. That is about double the stock bonus he received a year earlier.

JPMorgan’s directors may have decided that Mr. Dimon, as his peers may, should get a raise, but to ordinary Americans — and possibly to regulators — the decision to increase his compensation may seem curious given the banner penalties that federal authorities have extracted from the bank. It is not unheard-of for chief executives to lose their jobs when their companies have been battered by regulators.

But a crucial difference is that JPMorgan’s legal travails have not threatened the bank financially. While steep legal fees did weigh on the bank’s bottom line, JPMorgan still reported annual 2013 profits of $17.9 billion. And while other bank chief executives stumbled during the financial crisis, Mr. Dimon never did, emerging from the wreckage even more powerful.

Mr. Dimon’s star has risen more recently as he took on a critical role in negotiating both the bank’s $13 billion settlement with government authorities over its sale of mortgage-backed securities in the years before the financial crisis and the $2 billion settlement over accusations that the bank turned a blind eye to signs of fraud surrounding Bernard L. Madoff.

Just hours before the Justice Department was planning to announce civil charges against JPMorgan over its sales of shaky mortgage investments in September, Mr. Dimon personally reached out to Attorney General Eric H. Holder Jr. — a move that averted a lawsuit and ultimately resulted in the brokered deal. Just a few months later, Mr. Dimon acted as an emissary again, this time, meeting with Preet Bharara, the United States attorney in Manhattan leading the investigation into the Madoff Ponzi scheme.

Still, JPMorgan’s board struggled to strike the right balance in determining Mr. Dimon’s compensation, according to the people briefed on the matter. Too large a pay increase might send the wrong message to shareholders and regulators. Yet cutting Mr. Dimon’s pay would, some board members feared, alienate the chief executive.

Ultimately, those board members arguing to hold the line pay lost out, conceding that while the perception of the increase might be off-putting, the impact of cutting or keeping a lid on his pay could have more profound implications within the bank.

Mr. Dimon is also benefiting, the people say, from a view among some board members that the government’s assault on JPMorgan is driven less by the bank’s actual transgressions and more by a desire, stoked by anti-bank sentiment, to appear tough against Wall Street, the people said.

Echoing that sentiment, Mr. Dimon said during a television interview on Thursday in Davos, Switzerland, that “I think a lot of it was unfair.”