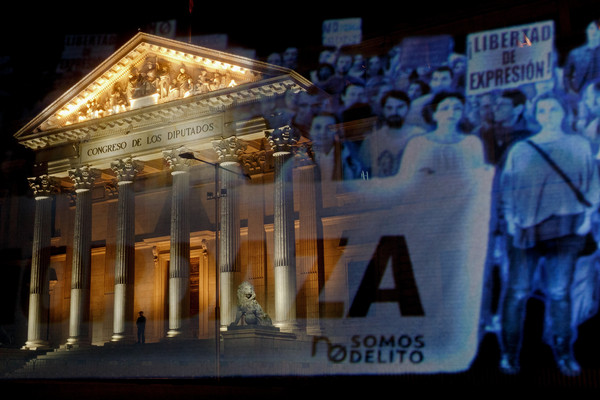 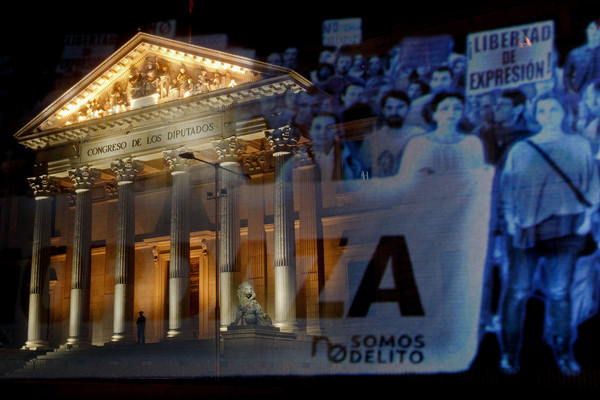 Spanish citizens held the first hologram protest in history in order to protest without violating the new draconian guidelines of the National Security Act, the new amendments to the Penal Code and the Anti-terror law.

According to the recently approved “triad gag“, the citizens of Spain cannot protest against the Congress or hold meetings in public spaces, plus they have to ask permission from the authorities whenever they wish to protest publicly.

“If you are a person you can not express yourself freely, you can only do that here if you become a hologram,” says a woman in the video released by the movement “Hologramas para la Libertad.” 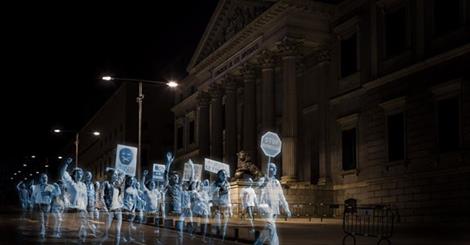 On the movement’s website citizens were invited to participate by writing a text message, leaving a recorded voice message, or converting themselves into a hologram by recording a video via webcam.