What We’re Not Being Told About The First ISIS Terror Plot On U.S. Soil 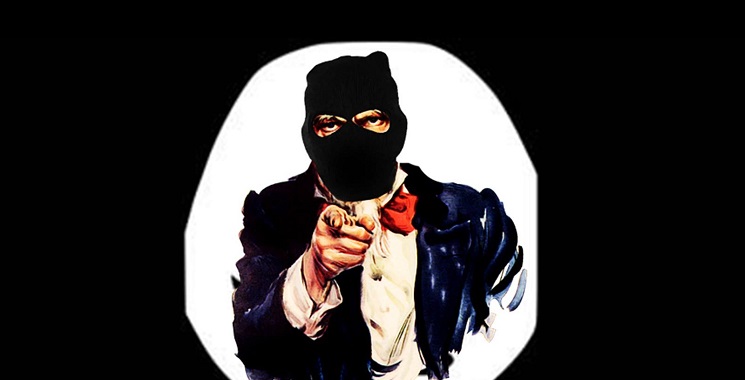 As ISIS continues to terrify much of the American populace, a recent investigation by CBS’ 60 Minutes discovered that an undercover FBI agent was involved in an attempted shooting in Garland, Texas, in 2015. That attack, the news outlet reports, was the first major ISIS-linked terror plot to unfold in the United States, but there appears to be much more to the story than was initially reported.

In 2014, two American citizens, Elton Simpson and Nadir Soofi, attempted to open fire on a protest against Islam in Garland. The event, hosted by controversial right-wing, anti-Muslim pundit Pamela Geller, invited attendees to draw the prophet Mohammed, an action considered blasphemy in the Islamic faith.

After opening fire with assault rifles — and before they were able to kill any protesters — both perpetrators, who had declared loyalty to ISIS on Twitter prior to their attempted attack, were stopped by a SWAT team and local police officer Greg Stevens. The SWAT team killed both attackers at the scene, but 60 Minutes recently unearthed several disturbing facts of the case.  As 60 Minutes explained:

“In looking into what happened in Garland, we were surprised to discover just how close the FBI was to one of the terrorists. Not only had the FBI been monitoring him for years, there was an undercover agent right behind him when the first shots were fired.”

The FBI had been monitoring Simpson, 34, a Chicago native, after he converted to Islam and moved to Phoenix, Arizona, where he became an active member of the  Islamic Community Center of Phoenix. 60 Minutes interviewed the organization’s president, Usama Shami, who said Simpson was a “well-liked and soft-spoken” member of the community.

Nevertheless, as he began gravitating toward radical Islam, an FBI informant within the mosque began a relationship with him. According to 60 Minutes;

“Dabla Deng spent three years pretending to be Simpson’s friend, and was paid $132,000 by the FBI. He taped more than 1,500 hours of their conversations and finally recorded him talking about traveling overseas to wage jihad. Simpson lied to the FBI about it and got three years probation.”

Shami says Simpson became further radicalized when he learned the agency had been surveilling him and that Deng’s friendship was insincere:

“When he found out that this guy was spying on him, and taping him and then finding out that the government was doing that, I think something clicked in him. And the mosque, we couldn’t do anything. Because we don’t know what he did,” Shami told 60 Minutes.

Simpson grew alienated from the mosque, eventually moving into an apartment with Soofi. The two became drawn to ISIS during this time, “closely following the rise of ISIS, reaching out to their supporters online, and acquiring weapons for a terrorist attack.”

According to counterterrorism expert Seamus Hughes, they also began communicating with Mohammed Miski, an American ISIS recruiter in Somalia. Hughes “tracks the online activities of ISIS sympathizers in the U.S.” and has also worked at the National Counterterrorism Center.  He currently serves as the deputy director of George Washington University’s “Program On Extremism” and trains FBI agents to recognize homegrown jihadi movements.

Hughes says the two men also began speaking with Junaid Hussain, an “ISIS rock star” of British origin who was later killed by a drone strike in Iraq. Clearly, the two men were radicalized. But as 60 Minutes reports:

“The FBI closed the case on Elton Simpson in 2014, only to re-open it several weeks before the attack because of statements he made on social media.”

While this lapse in scrutiny could easily be chalked up to incompetence within the FBI, Hughes notes the difficulty of tracking potentially dangerous individuals. “It speaks to a larger problem the FBI has, which is you have an individual who pops into your radar in 2006, but doesn’t commit an attack until 2015,” he said. “So do you want the FBI to watch this individual for nine years?”

Regardless, after the attack, the FBI began investigating Abdul Malik Abdul Kareem, a Muslim convert who grew up in Philadelphia. The FBI believed he funded and encouraged the Garland attack and helped train Simpson and Soofi.

Though Kareem denied these charges, witnesses at his trial indicated otherwise, and he was sentenced to thirty years in prison. But his attorney, Dan Maynard, kept digging. As Maynard told 60 Minutes:

“After the trial we found out that they had had an undercover agent who had been texting with Simpson, less than three weeks before the attack, to him ‘Tear up Texas.’ Which to me was an encouragement to Simpson.”

Maynard was referencing an undercover agent posing as a radical. 60 Minutes explained:

“The government sent attorney Dan Maynard 60 pages of declassified encrypted messages between the agent and Elton Simpson – and argued ‘Tear up Texas’ was not an incitement. But Simpson’s response was incriminating, referring to the attack against cartoonists at the French magazine Charlie Hebdo: ‘bro, you don’t have to say that…’ He wrote ‘you know what happened in Paris… so that goes without saying. No need to be direct.’”

“I was shocked. I mean I was shocked that the government hadn’t turned this over. I wanted to know when did he get there, why was he there?” Maynard said.

As it turned out, the agent was in a car directly behind Simpson and Soofi when they started shooting and had taken a photo of Officer Greg Stevens and security guard Bruce Joiner before the two extremists started shooting. Rather than attempting to stop the attack, he fled the scene.

Maynard says that given the opportunity, he would ask the agent several questions:

So far, the FBI has declined requests for comment, simply issuing a statement claiming they had no prior knowledge of the attack before it happened.

Maynard believes the story would be much more high-profile had people actually died in the attack. But the series of events remains suspicious.

“I can’t tell you whether the FBI knew the attack was gonna occur. I don’t like to think that they let it occur,” Maynard cautioned. “But it is shocking to me that an undercover agent sees fellas jumping out of a car and he drives on. I find that shocking.”

The agent was eventually stopped at gunpoint by local police as he was fleeing Garland. His identity remains anonymous.

It is currently impossible to know whether the agent acted on his own or was following orders from higher-ups when he arguably incited Simpson and Soofi. It is publicly known that the FBI helps plot terror attacks by putting informants in contact with often unstable individual prone to extremism. They encourage these individuals to wage attacks, however, they tend to foil the plots before they actually unfold.

In this case, the undercover agent did no such thing, leaving Stevens, Joiner, and a SWAT team to halt the two men before they could kill anyone — and leaving many questions as to what actually occurred.

As Maynard observed, “He didn’t try to stop ‘em. Or he didn’t do something. I mean, he’s an agent, for gosh sakes.”